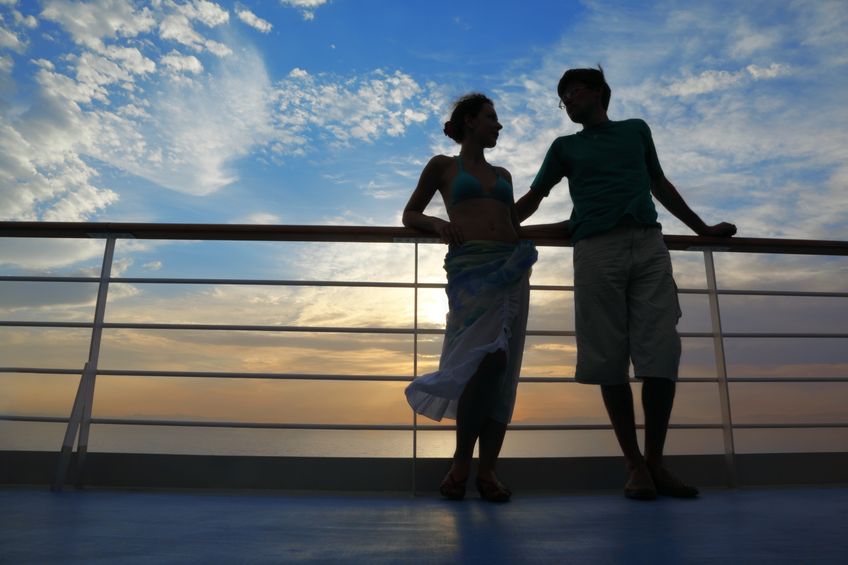 “I did not expect a lengthy conversation, but it happened.”

Every once in a while, we come across people who seem to be our perfect match. We sense an intimate connection through the force of emotions that allow us to hang around and get acquainted for a short while. They leave pieces of attractions that remain unrecognized, imprints deemed to last forever until we realize it is only a temporary misconception.

I was standing on the stern deck of a ferry boat leaving for Cebu City as it safely sailed away from the port when I began to embrace the solitary moment of the journey and watched the bigger picture of the world before me.

I saw the waves moving across the surface of the ocean as I felt the sweet caress of the strong wind on my face and smelled the scent of saltwater in the air. It was all so therapeutic, dramatic, and unusual that it left me speechless—until someone bothered to ask what I was doing.

I begged for pardon since I was not sure I heard him right. In an instant, he came closer and stood to my right side. More comfortable now, I told him I enjoyed taking photos of every little thing I see, making stories out of it and publishing them in my online personal journal.

He told me he was a marine apprentice on the first month of his on-the-job training at a maritime school in Manila and would be staying on board for the next nine months.

I did not expect a lengthy conversation, but it happened. I couldn’t understand how we were able to talk for long hours when, in the first place, we barely knew each other. Perhaps we enjoyed each other’s company that we just became comfortable sharing thoughts, ideas and feelings about many things.

I find scaling high mountains thrilling as he does exploring the ocean’s depths; I am inclined to produce literary pieces as he enjoys playing musical instruments.

The whole thing was so strange that it turned out quite magical. I found someone I wasn’t even looking for. I have exposed myself freely to someone without boundaries. I couldn’t explain with words how I felt but I knew my heart was captivated.

There were instances I wanted to catch his gaze behind me but I always pretended to look away. I’d rather hear his voice only than fool myself from emotional hangover later on.

The conversation got deeper as we moved from one subject to another. We went from telling stories to sharing hopes, dreams, and lessons from our life’s failures.

As the sea breeze got colder, we said our parting words. He saved my name on his phone so he could reconnect with me on Facebook. I left him my vintage design cotton head wear as a sign of gratitude for a time well-spent. He walked with me back to the passenger’s cabin and I laid myself down to rest.

I tried to ignore my unsolicited musings, the sincere and deep attraction pushing me toward this young man as I walked away from the ferry boat docked safely in the port. I detached myself from the connection we made no matter how I thought things could have turned out.

I came home preoccupied with a lot of things, such as the academic work load I needed to cope with because of my several class absences and the finals which would be due in less than a month.

A part of me was still hopeful that he would send a friend request as promised. Days, weeks and months passed and no such notification came. The excitement slowly turned into extreme despair.

As time passed by, I realized that it was only serendipity that bound us in that glorious moment. Holding on to it would not make my situation any better.

While browsing the Internet some time before the summer vacation, I noticed an unread message on the Other Messages tab of the Inbox button. It was him! He said: “I can’t find the ‘Add as friend’ button on your profile; you may want to add me up.”

I could be added only by friends of friends for security and privacy reasons, which I never realized those early days I was making efforts to search for him.

The message was sent five hours after I left the port. I answered back, apologizing for the delayed response (three months) and explaining my lack of knowledge on some of the site’s options. I added him to my friends’ list and patiently waited for his confirmation.

Soon after, he answered back. He told me he was all right and asked me the same question. I told him I was fine and had always been. I added a request to please send my sweetest regards to the sea.

That was to become our last conversation.

Time went fast when we got to know each other, but it was even faster at that very moment. The young man who was so ideal in the way he expressed himself suddenly seemed so distant. We were miles away yet I could figure out the mood of the conversation was emotionless.

I remembered those times I waited before finally letting go. If I responded earlier would things be different? Was it the time lag that caused things to fall apart?

Emotional curiosity might have brought this heartbreaking sentiment but I don’t regret anything. I’m thankful that once I felt genuine happiness meeting an unfamiliar person in one of my adventures. His presence made every second of it worthwhile, every precious moment of that afternoon to be cherished forever.

I am aware that I may have overanalyzed what happened. I was dramatically obsessed with my absurd delusion of a fairytale, a happy ending that could probably be fate or destiny when in the first place I should have realized that those instances were purely coincidental and could happen to anyone.

Some people come to our lives in the most unexpected circumstances but they are not meant to stay forever. They will help us with life’s difficulties, unreasonably hurt us, leave us hanging by a moment or—maybe—love us unconditionally. Let us be grateful for them because their presence in our lives, however short, teaches us lessons that help us grow as better and stronger individuals.

Raiza Mae E. Boldios loves to travel and has the heart for adventure.

I have myself and that’s okay