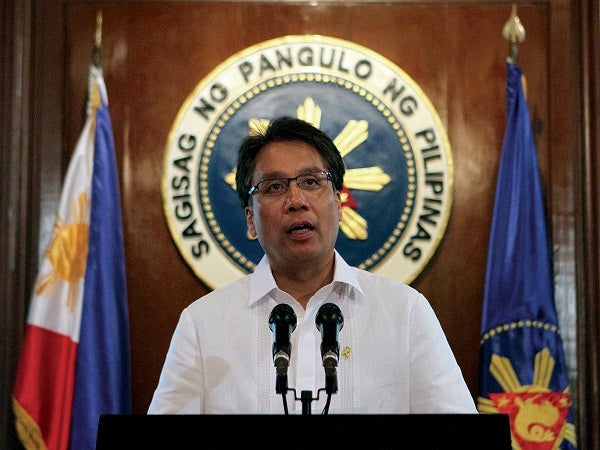 It’s now official: Mar Roxas is the Liberal Party’s candidate against Jojo Binay for the presidency of the Philippines. “Daang matuwid” vs. “daang kurakot.” The straight and narrow vs. the crooked and corrupt.

What I learned about Mar, that I didn’t know until yesterday (through P-Noy’s story-telling), is that Mar forbade his family from going into the BPO (business process outsourcing) enterprise so that they could not be said to have taken advantage of a program that he had designed. That was an example of Mar’s integrity. Compare that with a cake-giving program for constituents’ birthdays, with the cakes bought from a member of the family. Or a 13-percent cut from every approved infrastructure project undertaken under your administration. No contest.

It turns out that mababaw ang luha ni Mar. That’s more on the personal side, but it is endearing. He was all choked up when he mentioned his dead brother Dinggoy, who was the politician in the family. Mar became a politician not because he wanted to make money, but because he was carrying on family tradition—from his grandfather (President Manuel Roxas) to his father (Sen. Gerry Roxas) to himself (through Dinggoy). Does that make him a member of a political dynasty? Of course not.

A political dynasty occurs when members of a family serve in various political elective positions simultaneously or on a takeover basis. But there are “fat” dynasties—that a vice president, mayor, senator and congresswoman, for example, are serving simultaneously is the epitome of a fat dynasty. And there are “thin” dynasties, where a mayor “gives” his position to his son or daughter, while he runs for (and wins) another elective position (congressman or governor).

The question is: Is P-Noy’s daang matuwid worth continuing? Or is it a flop, and we should all return to the tried-and-tested daang kurakot, which has kept our country so behind its neighbors? My answer is: It is worth continuing, warts and all. And of course it has warts. But then, nothing is perfect. One thing is sure: Our country’s international reputation is at its highest.

P-Noy, in his State of the Nation Address, gave his administration the highest marks. Is this inconsistent with the finding of the Movement for Good Governance (MGG), of which I am nominal chair, whose evaluation of this administration’s performance concludes that it is, in the Inquirer’s description, “lackluster”?

Again, the answer is no. Why not? Well, because P-Noy was comparing his performance to the performance of his predecessors. And, let’s face it, he did pretty well on that basis. Highest average real GDP growth rates, better results in the fight against corruption, better quantity and quality of employment, etc., etc. I refer you to the Sona. All these, not just anecdotal, but backed by solid empirical evidence.

The MGG, on the other hand, was comparing P-Noy’s performance to the performance he had promised at the beginning of his term. Which is contained in the Philippine Development Plan. And the ensuing evaluation is also backed by solid empirical evidence, not generated by the MGG, but by our government statisticians.

So, both points of view are right. P-Noy has done better than his predecessors, and he has also done worse than he promised. But then, no previous president has done what he/she promised.

The next important question is: Who should be Mar Roxas’ running mate? I don’t know who he has in mind, or who the Liberal Party has in mind, but I do have a few suggestions.

For example, how about Leni Robredo? My personal choice. There is no question regarding integrity and competence. She has had years of training, under her late husband, Jesse Robredo, and so she, too, exemplifies effective, empowering and ethical (the three Es) governance. She is a lawyer, and she has an economics degree from the University of the Philippines. No corruption has attached to her name. And she has NGO experience in nongovernment organizations. Daang matuwid all the way.

Or how about Vilma Santos Recto? Her name was suggested by one whose judgment I value highly. Her stint as mayor, and later governor of Batangas, has also proven that she has the right values, as well as the three Es. She has done well in Batangas as far as education and health are concerned. She is a hard worker. Her husband, Sen. Ralph Recto, may be a liability (his reputation is not all that good, especially on the corruption side), but she apparently can hold her own against him. Another plus for her: She is a crowd-drawer.

And then a last candidate, suggested by a former politician who served his country with integrity: How about P-Noy himself? There is no legal encumbrance to his candidacy. And who better to help ensure that his program will be continued? This is, of course, a long shot.

Let us hope that Mar selects a VP who is like-minded, and who can be counted on to help. And let us hope that the Filipino people make the right choice. After all, this is actually a no-brainer.

‘They are making up stories’: Cayetano camp denies insulting Velasco before Duterte

No intent to shut down Facebook, Duterte only wants to talk – Palace