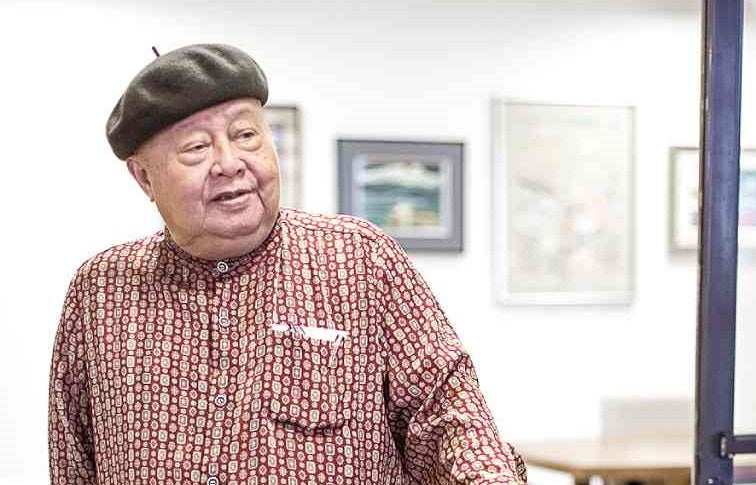 I had provoked harsh and contrary comments after writing an article condemning the Chinese grab of Panganiban (Mischief Reef). In that article, to hasten integration, I suggested the closing of Chinese schools unless they are like the schools for the children of foreign nationals.

In the meeting last week, I listened to their views and understood fully why they do not come out so openly in their opposition to the Chinese incursions in our country. I also accepted their legitimate complaints about the government, the high price of power which is one of the real reasons why modernization in this country is so slow.

We all agreed that power, water and public transport should be the government’s responsibility.

I challenged them to be politically involved, to run for public office themselves so that they can reform the government from within. I hope that I was able to convince them, too, to look within themselves, at their great strength because they have the money, because they are not a powerless minority.

I asked them to invest the money they make here in the Philippines, to be different from the Spanish mestizo elite who sent their money to Spain and elsewhere, and from our leaders like Marcos who stashed billions in Swiss banks.

I reminded them of the anti-Chinese feeling all over Southeast Asia. If there will be anti-Chinese riots, the whole country will suffer.

In the last few years, whenever I am asked to lecture on politics, culture and history, I always present my bona fides first—that now, I am 90, and with this age, I have attained and retained this vast background and knowledge. My opinions are crystallizations from more than 70 years of experience, of reading, traveling, observing and listening.

Wisdom based on truth is very much a need today when in the free market of ideas, some third-rate scholars claim that only they know the truth because they have studied a particular subject thoroughly, unlike us ordinary mortals, some of whom have never gone to college, much less written a dissertation that is often the “transfer of bones from one grave to another.”

This is all wrong. Knowledge, which is now available with just a click on Google or the Internet, is not wisdom.

Wisdom is the capacity to know and understand, and to use that knowledge widely, and hopefully, not for one’s own benefit but for a people, a nation, for a noble cause like justice. Truth is not a philosophical abstraction. It is justice in action, or it is not truth at all.

A writer’s important function is to emphasize the obvious, to expose and broadcast the truth that lies under the veneer of hypocrisy and induced blindness and ignorance. The writer is the child in that famous fable who said that “the emperor has no clothes” because that is the reality that an all mighty ruler did not want his docile subjects to admit.

In the face of this self-evident reality, it is only the stupid, the blind and the third-rate scholars who demand evidence; opinion based on truth is validated in itself.

The writer who then proclaims it—even without aspiring to be one, becomes a prophet of his time. He will be reviled by those who are hurt and blighted by the harsh light he focuses on them.

The ancient Greeks for all their intelligence were no exception. They condemned their greatest teacher, Socrates, to death by poison. This is what the enemies of truth always do. They butcher the bearer of truth. They create a “straw man,” attribute lies, contrary statements to the writer who never made them, then accuse him of what he never is. These hypocrites are the traitors, the enemy—not the writer.

It is in my fiction that the deeper truths I believe in are embedded. Please read my short story “Tong” and novel “Sherds.” The main characters are ethnic Chinese. These works illustrate my understanding of the role of the Chinese in the Philippines and the conflicts they experience.

And now, to recapitulate what I said and did not say in that recent article that has offended many:

What I did not say

I never said all Chinese-Filipinos will collaborate with the Chinese. I said, many. I cannot quantify the forecast; only time will tell.

I never asked our ethnic Chinese to give up their cultural heritage; it is as important to them as my being Ilokano is to me. What I ask for is their loyalty to this country, not to the Chinese state.

I am not too sure that the confrontation between China and us will only be economic, not while portions of our territories are already being claimed by China. We cannot rely on allies like the United States, or least of all, Asean. We have to build our own defense, and in doing this, it is necessary that we have all our economic and political resources working for us.

Believe it or not

And now, the objective realities:

First, Chinese-Filipinos are not second-rate citizens in this country; they are a powerful minority. Although not even 1 percent of the total population, they control 60 percent of the economy.

Second, they invest so much of the money they made here in China. There is more Philippine money in China than Chinese money here. This capital hemorrhage must stop. All such money is badly needed in this country to develop it.

Third, a latent anti-Chinese feeling suffuses all of Southeast Asia; it is strongest in Indonesia and weakest in the Philippines. The economic and social sanctions against the ethnic Chinese in Thailand and particularly in Indonesia do not apply here. Read Amy Chua’s “World on Fire.” It’s all there—the causes.

This anti-Chinese feeling could fester and grow, depending on how our ethnic Chinese behave. It is their duty to stop it from growing. And they can do this by integrating fully with Filipinos, and in the process, help resist China’s recalcitrance.

I recognize another source of the truculent reaction. I have pushed many of them into a corner, to recognize the fact that they are alienated—what an awful word!—from the people, comfortable and smug as they are, living in a fool’s paradise like many other affluent Filipinos.

There are, of course, many exceptions—my writer friends whose feet are always on the ground, the young Chinese-Filipino who know no other country than this, and to them—my salute! As for the rest, there is only one solution: either they recognize their loyalty to China then go to China, or integrate.

The defining moment is now. Not just for our ethnic Chinese but our leaders—they must reveal the truth about themselves, whether they are patriots or not, not with words but with deeds. Remember, when former President Ferdinand Marcos declared martial law, many of those who collaborated with him were vocal champions of freedom.

It was no different when the Japanese occupied this country. Many collaborators professed patriotism, too, that they were only trying to help other Filipinos, or doing what was ordered them.

Of course, if China decides “to teach a lesson,” we will be beaten black and blue, but we should make their attempt to subjugate us as painful as the Vietnamese did to them. It is they, not us, who will lose face.

Too, we should not exhaust diplomatic efforts, even back channel meetings wherein our rich ethnic Chinese perhaps may be able to help. But all the time, we should be prepared for the worst and if the worst does come, we should be able to identify and weed out the collaborators amongst us for they are the anay (termites) that weakens the internal structure of this nation. Remember the collaboration is not just a political issue—it is basically a moral issue.

All over the world, racism exists in various hues and severity. But let us not mistake love of country for racism. It is basic logic—we are the sorry victims for the simple reason that we are poor and they are rich.

As Amy Chua correctly stated in “World of Fire,” “millions of Filipinos work for the Chinese, almost no Chinese work for Filipinos. The Chinese dominate industry and commerce … all menial jobs are filled by Filipinos … all peasants are Filipinos, all domestic servants and squatters are Filipinos.”

Is telling the truth racist?

I earlier cited Socrates and the writer as prophet. Like all other writers, I am conceited but not that conceited to claim the august mantle of Socrates and that of a seer. What I have tried to do all my life as a writer is to be honest, first with myself and then with what I write.

So I ask my readers now to judge this fatigued old hack not by the sordid labels flung at him but by what he has written. My books are readily and currently available. In this brief essay, for instance, can you detect my falsehood? Did I ever lie to you?

I am saddened by the virulence with which my comments on the Chinese intransigence have provoked. This virulence easily translates into disloyalty to this country and people.

The event will teach us in its hour.

Sionil José at 90: A celebration