Why prepare for violence? 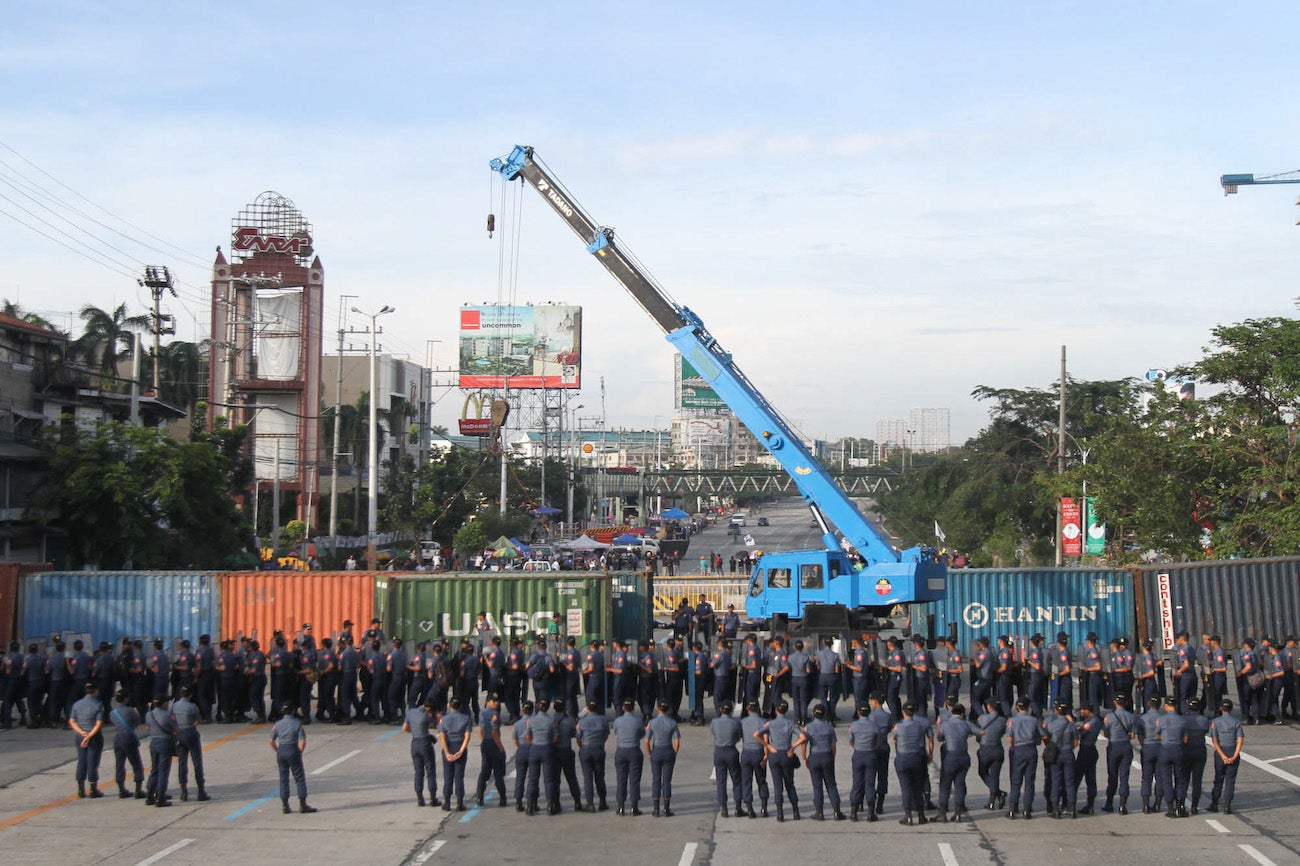 Government is preparing for President Aquino’s sixth and last State of the Nation Address (Sona) where he is expected to report on his accomplishments.

The June 29 issue of the Inquirer carried on its Front Page a photo of policemen in a “riot training” that was being conducted in preparation for the Sona. The picture sends an alarming message: It suggests that the Aquino administration and police authorities are more inclined to show might and power than to safeguard a democratic atmosphere where people, especially our youth, can express their views, sentiments and aspirations. This kind of preparation reflects how much respect this administration has for human rights and for our people.

Over the years, people have been holding street protests, showing their resolve and capacity to hold on to the truths they strongly believe in. It is not true that the masa and the advocates of justice, peace and democracy are already tired of expressing their dissent because they are content with being “ably led through the daang matuwid” by the present administration. The truth is the people, especially the masses, continue to negotiate their way through a narrow and arduous path in their struggle to realize their dream of a society where social justice reigns; where enough food, decent housing, quality education and basic health services are within reach of all Filipino families; where every farmer owns the land they till; where sovereignty is held supreme and jealously safeguarded. We look forward to the day when Filipinos are no longer victims of exploitation, oppression and abuse in foreign lands.

Protest actions make the public aware of the issues government ought to attend to. Suppressing dissent contradicts the spirit of democracy and upends the triumphs the Philippines attained in the past against tyranny.

I would rather see the Aquino administration prepare for a Sona that would update the citizenry on how many public hospitals have been built or modernized, not surrendered to privatization or commerce; how many schools with respectable classrooms and toilets have been made accessible to indigenous peoples and poor communities; how many cases of human rights violations have been resolved and whether Jovito Palparan has been made accountable for the abduction and torture of UP students Sherlyn Cadapan and Karen Empeño.

Last but not least, how I wish that the senators and representatives would stop turning the Sona into an extravagant show of fashion and wealth. After all, they are expected to feel for the masses and to institute reforms in order to make life a little bit easier for those who are less fortunate.