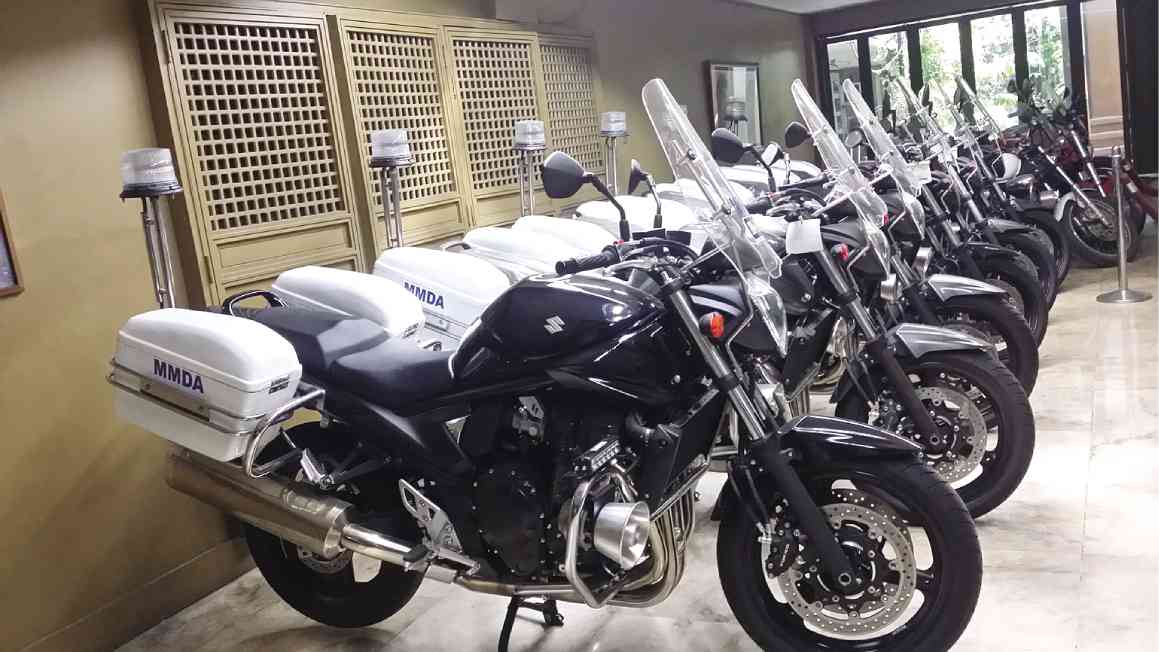 “We cannot escort Apec delegates with scooters,” said Francis Tolentino, chair of the Metro Manila Development Authority, to defend his decision to buy a number of motorcycles at P500,000 each. Imagine, P500,000 for just one motorcycle! How many houses will that build for our thousands of homeless citizens? Multiply the P500,000 by two dozen motorcycles and that would build a whole community for the homeless. Who is the lucky distributor who sold the motorcycles to the MMDA? How much was the commission for the agent who sold them?

It is now five years since Tolentino was appointed to head the MMDA and solve the traffic problems in the metropolis. But the traffic situation has not improved. On the contrary, it has gotten worse.

Lately, it has become much worse. Why? Because nobody is minding the house. The MMDA chief is roaming the provinces courting votes for next year’s elections. He wants to be called “Senator Tolentino.”

There was a Senator Tolentino who was an outstanding lawmaker, but his first name was Arturo. Judging by his record as MMDA chair, Francis Tolentino would be the opposite of Arturo Tolentino.

FEATURED STORIES
OPINION
No funds for barangay polls? Ask BBM
OPINION
Giving foundlings their due
OPINION
Fighting corruption in the twilight of Duterte

Francis Tolentino has tried many gimmicks to try to ease the daily traffic gridlock, but none worked, although the ordinary commuters can see what is wrong and what should be done to help ease traffic congestion. He seems not to see them.

For one thing, there are too many buses on Edsa running half-empty even during rush hours. They not only congest the streets but also waste precious fuel and pollute the air with their exhaust without ferrying enough passengers. Many of them are colorum buses. Any sensible person can see that one solution is to lessen the number of buses on Edsa, but the MMDA chair does not seem to see that.

But instead of banning provincial buses, the MMDA even provided them with loading and unloading stations. They have become colorum vehicles plying city streets for which they have no franchise.

The MMDA gave buses the two rightmost lanes exclusively for them, but some buses swerve into the leftmost lane. Why are the drivers not arrested? Because there are no law enforcers. They disappear when it rains and during rush hours, when they are most needed.

Then the MMDA gave motorcycles one lane, but the motorcyclists do not use it. Instead, they squeeze between vehicles to be at the head of the queue at the stoplight, and when the light turns green they zoom forward as though they were in a race.

Emboldened, a group of bicycle riders is now asking the MMDA to also reserve one lane exclusively for them.

Cavite Rep. Elpidio Barzaga wants Manila Standard reporters Christine Herrera, Rey Requejo and Maricel Cruz cited for contempt for refusing to reveal their sources for stories on the alleged bribery of some members of the House of Representatives for the swift passage of the Bangsamoro Basic Law (BBL). Their reports quote sources as saying that some lawmakers had received money to railroad the BBL through an ad hoc committee. It was passed in record time.

The money allegedly came from Chinese fugitive Wang Bo who supposedly provided amounts of money for the lawmakers and for immigration officials so he would not be deported to China.

The three reporters were summoned by the House committee on good governance and accountability to reveal their sources. They refused, citing the Sotto Law which protects reporters from revealing the sources of their stories.

Journalist groups, including the Association of Philippine Journalists (Samahang Plaridel), protested the bullying of reporters to force them to violate the law.

“Journalism continues to be free in this country, primarily because of Republic Act No. 53 (the Sotto Law) which protects a journalist’s right to refuse to reveal the source of information that was obtained in confidence,” the Samahang Plaridel said, adding:

“Should such freedom be curtailed or harassed, Filipino journalists would fail in their mission as watchdog of excesses in our society because confidential sources will lose trust in the media.

“Some concerned members of Congress should see the wisdom of protecting press freedom rather than restricting it.

“If Ms Herrera and company will continue to be harassed, they may emerge as the new symbol of integrity and dedication to the journalism profession.”

At yesterday’s hearing at the House of Representatives, Congressman Barzaga withdrew his motion to cite the three reporters for contempt.

The other journalist groups that protested the original motion are the National Union of Journalists and the National Press Club.