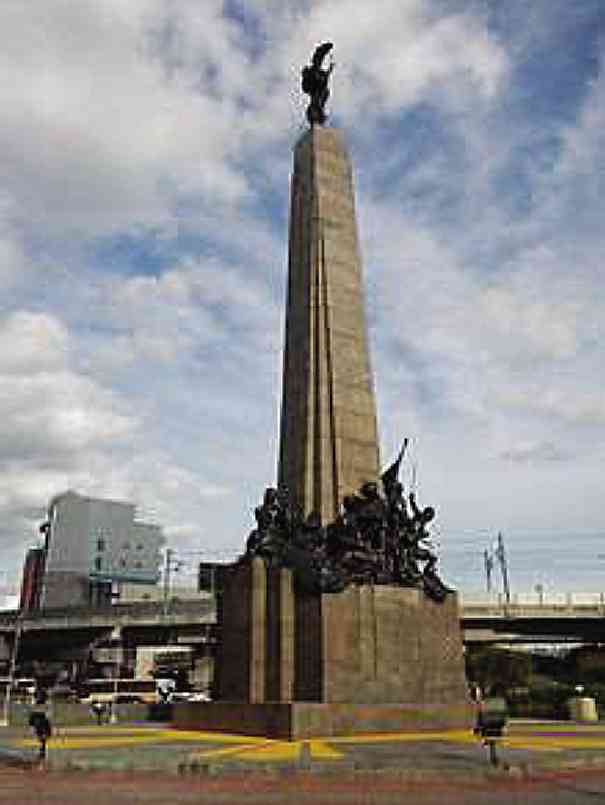 PHOTOBOMBER Increasing the height of the Rizal Monument would solve the photobomber problem caused by Torre de Manila, according to some quarters. ARNOLD ALMACEN/ERNIE SAMBO

Could there be a silver lining in the raging controversy over Torre de Manila from which all parties— advocates of culture and history, Dr. Jose Rizal himself and all Filipinos, and yes even DMCI Homes—can mutually benefit? Instead of asking why Torre de Manila is so tall, ought we not ask why the Rizal Monument is so small?

Should we not take this opportunity to ask ourselves if Rizal, our national hero and the father of our country, the pride of the Malay race and esteemed worldwide as one of Asia’s greatest leaders, does not deserve a bigger and better monument than the existing one?

Don’t the Filipino people deserve a bigger and better tourism landmark than the current one? One that can also herald the country’s recent economic resurgence that shakes off our old label as “the sick man of Asia” and one that can inspire our countrymen not only to value freedom, but also to work for national unity to achieve progress for all.

This time, we can draw from the vast talent pool of world-class Filipino artists and architects (since the old monument was created by a Swiss sculptor in an international competition) for a renovation that can enhance and elevate the stature of the existing monument and invite the public to donate funds. Such a project can even rekindle the ideals of Rizal for our patria adorada, especially among the youth.

Perhaps the Rizal monument stood tall back in the early 1900s, but the world has already grown by quantum leaps in building structures of shrines and memorials, monuments and towers, landmarks and attractions. 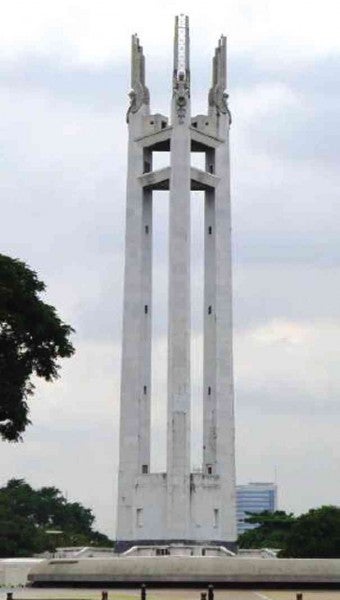 This could be why the Quezon Memorial, built 50 years later, stands much taller than Rizal’s, and does not have to compete with existing edifices nor does it become a hindrance to future buildings.

Contrast the Rizal Monument with similar shrines, such as the Lincoln Memorial and the Washington Monument. As the country’s principal tourist landmark, the Rizal Monument also pales in comparison with those of our Asian neighbors, such as Indonesia’s Monas (Monument Nasional) and Malaysia’s Petronas Towers, Thailand’s Grand Palace and Buddhist temples, Brunei’s Sultan’s Palace (built by DMCI) and mosques, the Great Wall of China and Chairman Mao’s image in Tiananmen Square.

Or could we be overreacting? Singapore’s Merlion stands proud and unfazed, despite being surrounded and dwarfed by the city-state’s ever-changing skyline, the Marina Bay Sands and Gardens by the Bay. Hong Kong’s tourist icon remains a traditional Chinese junk sailing past gleaming skyscrapers—from the Bank of China Tower to the International Finance Center and International Commerce Center.

Is it not about time we ask when the Philippines can ever erect distinct man-made landmarks that Filipinos can be proud of and foreigners can visit to admire, instead of just relying

Think of France’s Eiffel Tower and Arc de Triomphe, America’s Statue of Liberty with Manhattan’s skyline, the US Capitol and the White House, the Empire State Building and Freedom Tower, the Golden Gate Bridge and the Strip in Las Vegas, Spain’s Palacio Royal de Madrid and Barcelona’s Sagrada Familia, Italy’s Basilica of St. Peter and the Colosseum in Rome, Venice’s Canals and the Leaning Tower of Pisa.

Sydney’s Opera House and Darling Harbor Bridge, Brazil’s Risen Christ and today, the pride of the Middle East and the new capital of the world, Dubai, with its Burj Al Arab and Burj Khalifa, The World and Palm Jumeirah.

builder of Philippine landmarks, like the UP Chapel, PNB and DBP buildings, Cultural Center of the Philippines, Philippine International Convention Center, Dambana ng Kagitingan on Mt. Samat, BPI and PLDT buildings, Tower One of Ayala Triangle, Shangri-La and Rockwell Center—can once again take the initiative in renovating the existing Rizal Monument into one that will be bigger, better and more deserving not only of Rizal but also of a 21st-century Philippines. 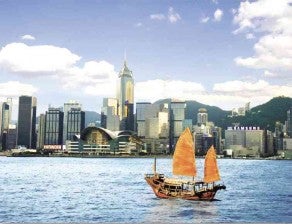 The height can be symbolic of the death anniversary of Rizal. If it can be completed by Dec. 30, 2016, then it can rise to 120 meters to represent the 120 years from 1896 to 2016. For instance, the Quezon Memorial rises 66 meters to symbolize the age at which Manuel L. Quezon died.

Such a memorial can offer visitors a deeper, more engaging and enlightening experience than just spending a minute for a token selfie, like an interactive museum on the ground floor, a visit to his crypt in the basement and an observatory to offer the metropolis’ one-and-only unimpeded 360-degree vista of Metro Manila’s skyline and Manila Bay’s famed golden sunset, including historic Corregidor, and even beyond Manila Bay to the disputed West Philippine Sea, as well as neighboring provinces like Rizal, Bataan, Pampanga, Bulacan, Laguna and Cavite.

Needless to say, such an attraction can generate much-needed tourism revenues for the continuous upkeep of the Rizal Park in Manila.

As Kevin Costner said in the movie “Field of Dreams,” “If you build it, [they] will come.” So too will more tourists flock to marvel at a bigger and better Rizal Monument we can christen “Torre de Rizal.”

(Willy E. Arcilla is a marketing and advertising consultant with over 30 years of corporate experience in the Asia-Pacific region. He can be reached at [email protected]) 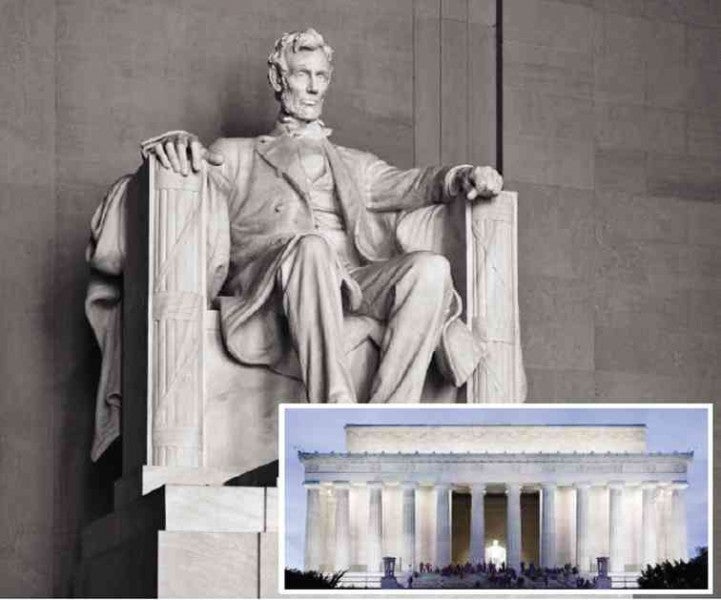 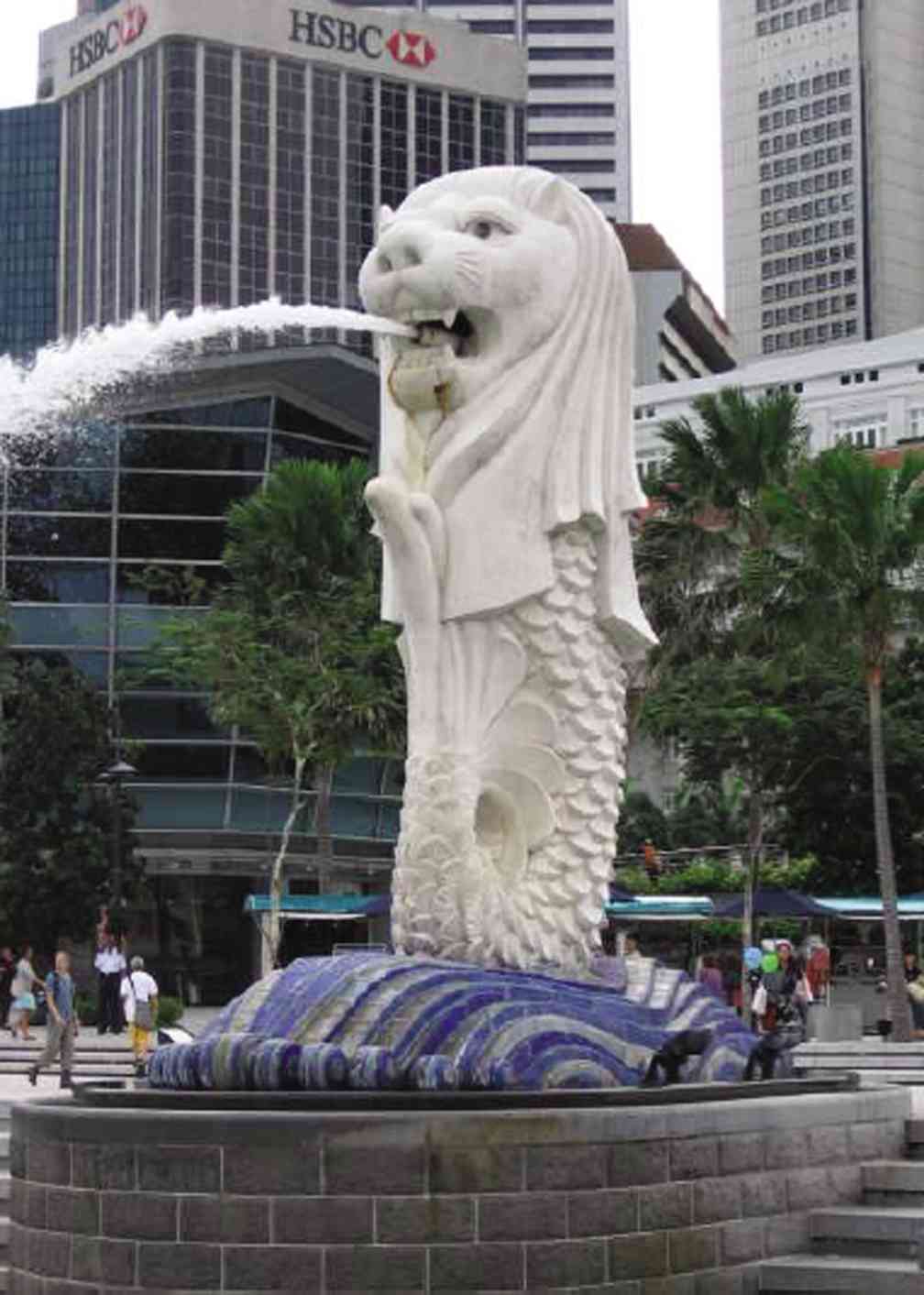