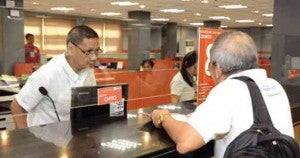 The city government of Muntinlupa keeps on innovating on how it deals with businesses and is now using a single-window transaction in registering them.

Muntinlupa Business SWiT (Single-Window Transaction) is set to transform trade and commerce in the city as the registration of budding enterprises, and business transactions with current investors and stakeholders speed up.

Procedures for business permits registration have been cut to only one, which takes less than 30 minutes. Thus, it ensures faster transaction, less hassle and a lot of convenience for the client.

The Center for Competitiveness organizes conferences involving key representatives from government, the private sector, academe and civil society to discuss competitiveness that would have an impact on how society is managed better.

Muntinlupa Business SWiT will serve as a catalyst for the city’s projected economic growth.

SWiT will be offered in all BPLO’s transactions, including business permit issuance, noncontracting certificate application, account modification and business closure.

In the previous three-step Business One-Stop Shop, taxpayers with complete documents had to undergo application (assessment/billing), payment and releasing.

But with SWiT, clients have the ease of processing everything with just one counter with one staff to transact with.

An application for a business permit with complete set of requirements is submitted to the examiner at the window. After encoding particulars into the system, regulatory fees to be paid will be automatically computed. Clients can pay the fees and receive the receipt and permit at the same window.

Still in its adjustment period, BPLO Muntinlupa seeks to improve its facilities and to enable its work force to be in rhythm with the fast-paced shift.

We continue to raise the bar high for public service, maximizing resources for the taxpayers’ convenience. 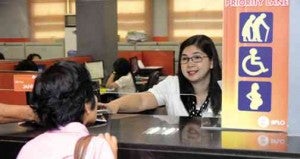 BPLO has installed a closed-circuit television system in the vicinity to ensure security for clients and a paging system that notifies taxpayers of the status of their applications while having simultaneous transactions with adjoining offices in City Hall.

Muntinlupa also pioneered in opening the Business One-Stop Shop (BOSS). It was cited in the 2014 World Cities Summit in Singapore. With BOSS, global leaders expect Muntinlupa to be at par with international business standards through its commitment to deliver its finest.

With the innovations, doing business in Muntinlupa is unlike any other—faster transactions and reduced red tape for higher satisfaction of the business sector.

All this is aimed at making Muntinlupa a leading investment hub in the region.

(Jaime R. Fresnedi is the mayor of Muntinlupa City.)