President downgrades celebration of Edsa I 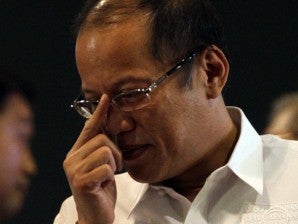 President Aquino has downgraded the 29th anniversary celebration of the Edsa People Power Revolution on Wednesday amid calls from the streets for his resignation over his mishandling of the Jan. 25 massacre of 44 Philippine National Police commandos by Moro guerrillas in Mamasapano.

Five days ahead of the anniversary of the overthrow of the 14-year Marcos dictatorship, Malacañang on Saturday declared the Feb. 25, 1986 revolt, merely as a “special holiday for schools only”—seen as an attempt to preempt the streets from developing into a mass movement to topple his five-year regime amid unrest in the security forces and civil society groups, and reports of alleged coup plots against the government.

Apparently in response to these reports, Malacañang has been forced to take measures to try to avert the unrest, widely reported in the mass media in the aftermath of the heavy casualties the PNP Special Action Force suffered in the blundered operation in Maguindanao province, from snowballing into another people power revolution.

But the resurgence of coup plots against President Aquino, 29 years after Edsa 1986, haunts him because during the presidency of his mother, Cory Aquino, who was installed in the People Power Revolution, sparked and backed by a military revolt against the Marcos regime, her administration was threatened by up to six coup attempts.

The irony that the Cory Aquino administration had been hostage to coup attempts appears to have been hard to erase from the mind-set of the insecure incumbent President.

In a manifestation of the destabilizing effects of the public rift between the national police and military in the Maguindanao operation, PNP officials warned at the weekend their members may not join multisectoral protest actions during the Edsa anniversary on Feb. 22 to 25.

The warning is also a symptom of the vulnerability of the present Aquino administration to a burgeoning unrest in the streets.

The PNP spokesperson, Chief Supt. Generoso Cerbo Jr., said: “Our citizens are free to conduct protest actions as long as they have the required permits to rally, (but) if they invite uniformed personnel, that’s a different story.” Those in the PNP cannot join antigovernment rallies, he said, and these should not have armed components.

He issued the statement in reaction to planned protests during the Edsa anniversary in Metro Manila, which organizers claimed would lead to an Edsa-like uprising.

The statement warned: “We, as uniformed personnel, are in government service. It would be dangerous for us (to join the event). Once there are armed people in a rally, that’s a problem. That’s why we prohibit our men (from joining) such actions.”

According to a Palace statement, despite the efforts of the administration to reduce the scale of the commemoration to an “schools only” event, the President would (nominally) lead the program centered at the Edsa Shrine at the perimeter walls of Camp Aguinaldo, the headquarters of the Department of National Defense.

Ramos declared then: “We are withdrawing our support for Mr. Marcos and all his cohorts, in view of the fact that we no longer perceive his proclaimed presidency and the rest of his government as representing the people. They are not to me already the duly constituted authorities of this country under Constitution…. I am calling on on all members of the Armed Forces of Philippines and Integrated National Police to disobey all illegal of whoever gives them…. And I consider any assault on the people, the firing upon unarmed and unprotected civilians as partaking of illegal orders.”

That was the moment when people in the streets believed that the Armed Forces were truly on their side. From that moment, the Marcos regime crumbled swiftly. As soon as they ended their statements, heavily armed soldiers entered the conference room, moving in boxes of weapons and ammunition.

The men wore fatigue camouflage uniforms, with shoulder patches of the Philippine flag, turned upside down, the red side on top. This meant the Armed Forces were at war against a hated regime.

Within hours, the archbishop of Manila, Jaime Cardinal Sin, spoke on Radio Veritas, calling on the people to support Enrile and Ramos. Soon after, the people flocked to the streets in a human flood going to the military camps to protect the rebels from reprisal from loyalist Marcos armored units. That was the moment when people power took control of the streets around Camp Crame.

Edsa ’86 was a revolution of the entire Filipino nation

Church shunted out of Edsa rites