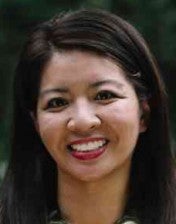 For some Filipinos, it’s almost inconceivable to dip their toes in the country’s famously murky public school system. So it’s doubly puzzling when Filipino-Americans leave their “States-side” comforts to dive head-first into it and become public school teachers in the Philippines.

But that’s exactly what Kilo Henares-Chuidian and Lesley de Leon, from Boston and Chicago, respectively, found themselves doing when they applied for Teach for the Philippines (TFP) in 2013.

Chuidian, 24, said he initially intended to join Teach for America and Citizen Schools in the United States. But when he learned there was a similar program in the Philippines, he chose to come back to try to effect change in his home country.

“I decided to see for myself the problems that beset our country and the best place to start is education,” he said. “Even if I do a very small thing, it might lead to a big change later on.”

For De Leon, 33, it was as much a way of giving back as learning more about the culture and life in the Philippines. It was also a way for her to see if she missed her calling as a teacher.

But it wasn’t an easy decision for either of them.

De Leon recalled that when the offer came, she was hesitant. “I wasn’t sure I was ready to leave everything familiar. It was a big move.”

For his part, Chuidian, a Boston University Business Administration graduate, had well-paying job offers from around the world. In fact, one of those offers was his dream job. “But,” he said with a chuckle, “I might as well be poor when I’m young than when I already have kids!”

But being a TFP fellow isn’t for everybody. Two out of the six Fil-Ams who joined had to resign after only one year due to health reasons. “You have a lot of responsibilities. A lot of paperwork, too,” said De Leon, who had roots in Bacolod and Laguna.

At one point, she was handling 100 students in one class after taking in another section due to construction at West Fairview Elementary School in Quezon City. Usually, there are only 40 to 50 students per class.

When handling such big classes, things get unpredictable. Fights break out, kids do their own thing. But De Leon and Chuidian both agree that they have to 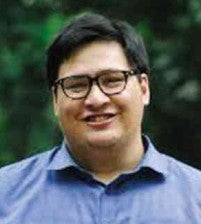 “It’s too hard to address everyone,” De Leon said. “If you have 60 kids and two of them are fighting, you still have 58 kids trying to listen to you, wanting to learn.”

A former kendo teacher, Chuidian said he came in expecting the worst. But he was happy that his expectations did not happen. He did, however, had to disarm a knife-wielding sixth-grader at one point.

Chuidian proudly said that in terms of classroom management, it got to a point that when he stands up, everyone sits down. It’s not hard to imagine why: At almost six feet tall, he cuts an imposing figure over his third graders at Holy Spirit Elementary School in Quezon City.

But it doesn’t bother him. What was hard, he said, was the heat. The classrooms didn’t have electric fans, so he had to find sponsors.

They also had to hurdle language and cultural barriers. Neither Chuidian nor De Leon could speak fluent Filipino when they started out so they had to improvise to get their message across: He used gestures and actions, she posters and pictures.

But De Leon strived to learn Filipino. Within a few months, she was speaking fluently.

Chuidian said he still had a long way to go but claimed that he and his students had learned to understand one another.

However, it was another story when dealing with culture clash with local fellows.

“Sometimes, I don’t know where they are coming from,” Chuidian said. The professional part is especially hard because his “in your face” way of dealing with things combined with his booming voice could be taken for aggression.

De Leon likewise lamented that she had had to deal with passive-aggressiveness. “The American in me just wants to know the problem so I can fix it.”

She was also saddened that Filipinos didn’t seem to know what was happening “across the street from them.”

“The nice thing about this program is that I got to see both sides,” she said.

Chuidian agreed: “I feel like the Philippines has two distinct cultures—the rich and the poor—and they don’t mesh. And that’s what we’re trying to fix: We’re trying to create a bigger middle class by educating earlier in the generation.”

Despite feeling like they had been suckerpunched with the realities of the local public school system, they said, with a bit of hesitation, that they’d probably do it all over again.

“I love the challenge,” said Chuidian, who created a program for TFP that makes grading easier. He added that “it’s seeing those ‘Aha!’ moments that make all the heat, all the suffering worth it.”

De Leon shared the feeling. “It really is the kids. They’re the poorest of the poor but they don’t know otherwise. They’re just so, so happy.” Nastasha Verayo