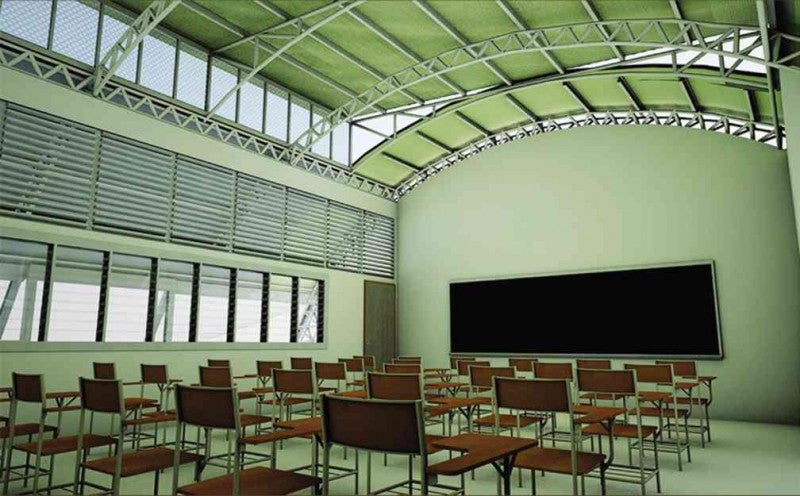 While some schools in the Philippines serve as evacuation centers in times of calamities, none are especially designed to adapt to and withstand natural disasters.

Like other structures vulnerable to tropical storms, schools get damaged or worse, destroyed, depriving evacuees the safety they most need. 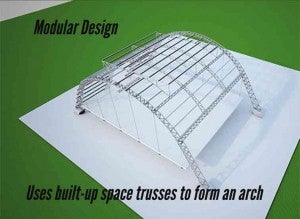 To address this problem, three incoming senior architecture students at the University of the Philippines Diliman came up with a climate-adaptive and disaster-resilient school design strong enough to survive supertyphoons like “Yolanda.”

With inputs from the group’s adviser, Nicolo del Castillo, “Taklob,” which means cover (derived from the word “Tacloban”), topped the school category of “Build Forward,” a competition sponsored by a property developer.

The team members modeled Taklob after the structural design of a bridge introduced in their Architectural Structures IV class last semester, said Rafael Khemlani, who suggested the idea.

This model mainly accounted for the arches and cable wires that replaced the conventional columns in most construction projects, he said.

Taklob has a total area of 392.4 square meters.

Each classroom has an area of 76.5 sq m. It has a restroom and an evacuation supply storage—both located at the rear side—and doors at both ends of the front side. The floor is elevated 1 meter from the ground to prevent damage from storm surges.

Wide jalousie windows and a clerestory (pronounced as “clear story”), or the raised vertical area of a roof equipped with windows or opening, allow cross ventilation. Storm shutters can be pulled down to close off the entire building during typhoons.

“We won’t call it a green design because the main element used is mostly steel,” Mervin Afan said. “But it is sustainable because of its tropical feature, allowing air to pass through easily. It is climate-adaptive because of its flexibility. During hot days, you can leave the storm shutters open and when the rainy season sets in, you can keep them closed.”

Corenne Martin said climate-adaptive designs were not limited to being “tropical” in features (having a wide opening allowing air to come through). She said it largely depended on the climate of a particular place. 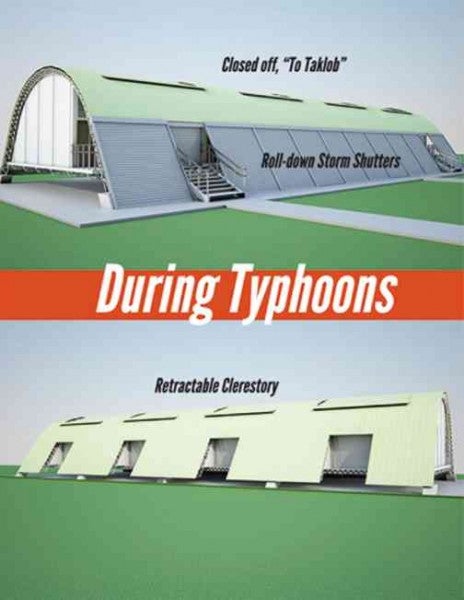 The form of the school adopted by the budding architects, who didn’t have firsthand experience of a supertyphoon like the one that devastated Tacloban City last year, looked like those of barracks. It was designed to redirect strong winds and to control their impact during the onslaught of typhoons.

“The aerodynamic shape is meant for the wind flow,” Afan said. “Through the curves, the wind can be redirected, avoiding direct impact,” Khemlani said.

At least P1.2 million is the estimated cost of materials for the design. The amount does not include the cost of labor, electrical lines and equipment, and plumbing.

Steel was chosen as the main element of the school together with fabric cement for the walls because of their strength.

Habitat for Humanity has committed to build the school in Tacloban next month. The project will be financed by Ortigas & Co.