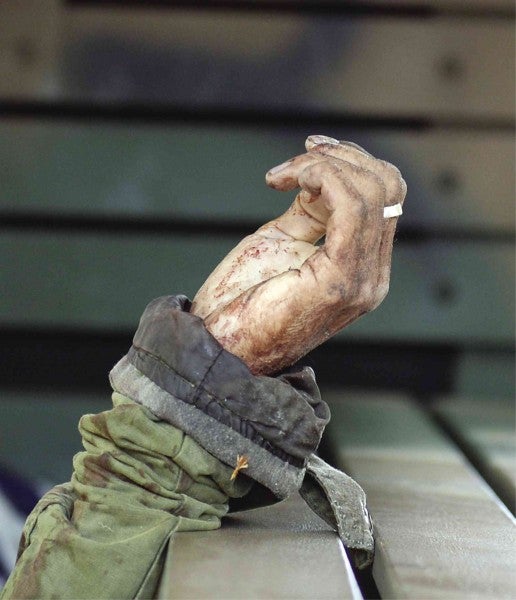 DEATH OF A MORO FIGHTER The hand of a Moro fighter killed during Philippine military clearing operations against armed members of the Moro National Liberation Front (MNLF), who occupied villages in Zamboanga City. AFP

Right-wing pundits have a crude view of the incident. “Security specialists” warn that the Zamboanga tragedy has created the opportunity for other “threat groups” to join the caper, thereby further destabilizing an already-fragile Mindanao political landscape.

This is easy to dismiss for, as it turns out that, save for the Abu Sayaff, no other “threat group” joined the insanity. Credibility has never been a real virtue of the local Right.

Left-wing and liberal analysts have been more sympathetic to the hostage-takers, trying to stem the tide of widespread opprobrium by spinning the caper as a distraction concocted by the oligarchy to divert our attention from the more serious pork barrel issue.

Saner ones are more analytical, suggesting that the hostage-taking of men, women and children must not “distract” us from the nobility of the “rebels’ cause”

The “wag-the-dog” argument is embarrassingly ridiculous, save for the fact that many Leftists and their bevy of fellow travelers understandably believe it. People, who have been living for so long in conspiracy-driven subcultures, are prone to regard anything coming out of the other side of the political divide as dubious and sinister even if the evidence points otherwise. If the state is reactionary, why believe anything that it says?

The second of the two explanations has more gravitas. Moro aspirations do remain unanswered by the national state and Christian majority prejudice toward Muslim minorities remains strong (55 percent according to 2005 Philippine Human Development Report). The poorest provinces of the country are also found in the ARMM.

The resistance argument likewise retains some validity. Moros continue to struggle against this condition and see their armed organizing as just one of the many ways they have fought back.

The durability of this second explanation lies in the fact that it is often presented without historical context. By detaching the time frames, this oppression-and-struggle contention would appear to be eternally valid.  But once we restore history in the equation, its persuasiveness is considerably reduced. And it has in fact become a caricature of the Moro position with the Zamboanga caper.

Chairman Mao would be turning in his grave if a Filipino comrade visited him in Hell and told him about Sept. 9. The Great Helmsman would have been shocked at how amateurish its political and military intentions were.

If its conspirators hoped to reignite Moro anger at the national state and the Christian majority, their decision to turn Moro-dominated barangays into virtual forts and use fellow Muslims, their wives and children as hostages has alienated only themselves from their very own people.

Misuari group’s choice for a battleground likewise showed an incredible lack of foresight. Zamboanga City is not the right place to revive a challenge to the Philippine state. It is foremost a Christian city with origins dating back to the early 20th century when the US Army-led Moro province decided to make it the provincial capital.

Muslims did fight Generals Leonard Wood, Tasker Bliss and John Pershing, but it was also these same officers—from the colonial capital—who were their avid supporters when the datus sent a petition to the US Congress in 1920 demanding that Mindanao and Sulu be separated from the Philippines.

Moreover, as the Mindanao anthropologist Jowell Canuday wrote in MindaNews, the barangays seized by the hostage-takers were Muslim communities. They were also de facto peace zones where refugees of the wars of the 1970s had settled down, improved their well-being and lived peacefully with other ethno-linguistic groups, including children of Christian settlers.

If ever there was a site where a stand could be made and one that would gain the support of Moros and other Mindanawons, that spot should have been Jolo. In 1974, the first baptism of fire for the Moro National Liberation Front (MNLF) was in that city when it forced the Armed Forces of the Philippines (AFP) to burn Jolo in order to save it. This historical locale is the MNLF’s Pugadlawin and together with the two historic hills of Bud Dajo and Bud Bagsak could have been the fitting arena for Misuari and his comrades to make their last stand.

But it was not to be. Then to make matters worse, the very leader of this puny caper opted to keep away from the war scene. Instead of being in the thick of battle with his followers ready to die with them, Misuari decided to direct the encounters from the comforts of his Indanan base. 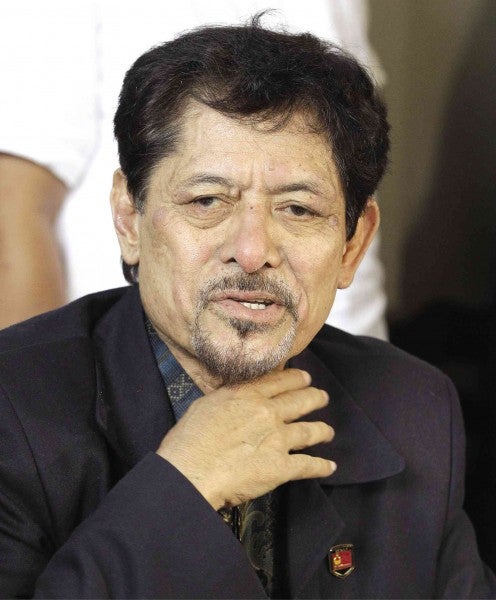 This was perhaps the most important and also most pathetic reason for the failure of Misuari and his followers to draw in support (In contrast, the much-maligned President Aquino opted to stay with the troops, monitoring the battles closely, providing succor to those wounded and assuring Zamboangueños and the rest of the nation that the national state was firmly in control).

Indeed, if we were to assign blame for the failure of this violent exercise, much of it would fall on Misuari, and his last and vain attempt to retain a place in Moro history.

Misuari’s fortunes began declining as far back as 1979 when he was unable to keep the MNLF united in resisting the Marcos dictatorship. The first to go was the Ranao Revolutionary Committee, which succumbed to the autocrat’s offer of money and political positions, followed closely by the former anti-Marcos politicians who likewise were easily prevailed upon by the lure of patronage.

As Marites Vitug and Glenda Gloria wrote in their book “Under the Crescent Moon,” the second largest Maguindanao-based group, headed by Salamat Hashim, gradually distanced itself from Misuari over issues of Tausug domination of the leadership and the minimal attention Islam played in the movement’s political goals.

Misuari did nothing to stem the bleeding, partly because of a misplaced naiveté, believing all these fissures will eventually be patched up once the armed struggle expands. It was also because after leading the MNLF in the war in Jolo, the chairman had chosen exile.

Commanding by long-distance, as is often the case, enhances rather than mitigates organizational fissures. The chairman also began to open peace talks with the Marcos government, which offered more carrots even while it continued to undermine the MNLF in Mindanao.

By the time Misuari signed a peace agreement with the Ramos administration, the MNLF had further broken into three factions. The largest of these splinters belong to Muslimin Sema who became mayor of Cotabato City and Melhalm Alam who formed the Islamic Command Council.

Misuari finally followed the route of his former comrades, accepting the government’s offer to be “elected” ARMM governor. And like all revolutionaries who become state-builders, his stint with the ARMM was dreadful.

Gloria’s note about Misuari in the online rag Rappler is quite revealing: “The demands of the bureaucracy bored him; he preferred to travel abroad or stay in a Manila hotel and come to appointments four hours late. In the end, his long and frequent absences turned ARMM into what it’s always been: mismanaged, corrupt unable to serve the Bangsamoro people.”

It was at about this point that the other factions seized control of the MNLF leadership, ousting Misuari by elevating him to the ceremonial post of chairman emeritus.

Stories of corruption did not help. A 2006 COA (Commission on Audit) audit of the ARMM reported anomalous transactions “involving unreported negotiated checks worth P1.02 billion and erroneous bank debris amounting to P7.6 billion!” Here was a preview of what is happening now in Manila.

By the end of his term, the MNLF founder had nothing left but a few followers, comparable to that of any Muslim warlord’s private army.

(Was Misuari ever concerned with his legacy? His “official biography,” published last year, was written by one Tom Stern, an American whose spouse became the MNLF’s official ambassador to the United States—an odd title given that the group is not even accorded belligerent status by the Organization of Islamic Conference. The book’s audience is not ordinary Moros and not even the average Filipino—it’s written in English! Its trajectory is the United States where Stern hopes it will be read by policy wonks and foreign policy specialists.)

Our knowledge of Salamat Hashim is sparse and there is hardly anything written about its leaders—Mohagher Iqbal, Ghazali Jaafar and Chairman Murad Ebrahim.

It has quietly sent people to the most assorted of places, such as the Development Academy of the Philippines in imperial Manila, and policy and administrative programs in Japan. The MNLF does not wish to repeat what its predecessors did when it bungled the ARMM.

Meanwhile, the residents of that town will not forget the Zamboanga caper. A big chunk of the city has been destroyed but given the indomitable spirit of Zamboangueños—Moro, Christian and lumad—this will pick up the pieces and rebuild with or without Manila’s assistance.

As for the MNLF chairman emeritus, nothing but the dustbin of history awaits him. And yet another stint in jail.

(Patricio N. Abinales is editor at large of the Manila Review, which just came out with its third issue [http://themanilareview.

com]. He is also professor of Asian Studies at University of Hawai‘i-Manoa.)

Bongbong Marcos not a graduate of Oxford, Filipino students, alum of university say