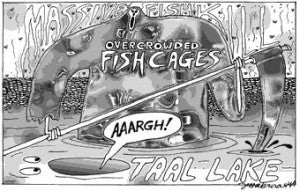 In the wake of former Batangas Governor Jose Antonio Leviste’s startling arrest in the middle of posh Makati when he should have been languishing in his prison cell, it has become known that the homicide convict wasn’t the only prisoner enjoying “living out” and “sleeping out” privileges at the New Bilibid Prison. The NBP chief, Supt. Ramon Reyes, told the Congress committee investigating the Leviste incident that 109 and 419 inmates were given the two privileges, respectively, before all these were cancelled after Leviste’s caper.

The blanket cancellation, while seemingly the right thing to do under the circumstances, might also prove to be a case of overreaction and overcompensation, akin to burning the house down while trying to catch a mouse. There is no question that wealthy inmates like Leviste have managed to abuse the system possibly by buying for themselves more comfortable arrangements within the notoriously congested and derelict prison compound. There is little doubt, too, that such arrangements are the result of the corrupt connivance of prison officials and guards, who are paid to look the other way while well-off prisoners flout the rules and live it up in ways otherwise denied their poor, powerless co-prisoners.

But lest we forget: The “living out” arrangement, while not codified in the Bureau of Corrections operations manual and eventually degraded by specific cases such as Leviste’s, had a good, practical aim. It was extended to inmates who were about to complete their sentence, suffering from illness, or over 70 years old. Those classified as “living out” were allowed to leave their prison cells and move around the NBP compound starting at 6 a.m., but had to report to their custodians, who must then account for their presence, at 6 p.m. of the same day.

Done correctly, allowing a convict to “live out” this way was a humane gesture. It not only helped decongest packed jail quarters, it also gave deserving inmates a chance to slowly reintegrate themselves into freer surroundings, get back their bearings before rejoining a world that must now look terrifyingly strange to them. As President Aquino himself explained, “the ‘living out’ privilege is given if the convict is in the transition period – he is set to return to society because he is about to be pardoned or paroled.”

Which was not the case with Leviste, certainly, who was granted not only the “living out” privilege not even halfway through his six to 12-year sentence, but was also allowed to “sleep out” in a hut inside the prison compound, furnished with appliances and amenities, that he was said to have purchased from an ex-convict. Scrapping this privilege is the right thing to do. Justice Secretary Leila de Lima should be supported in her plan to demolish the huts and strip rich inmates of their perks and gadgets, as these only highlight how money and social status continue to subvert basic justice even in the supposedly classless confines of the penitentiary.

However, prisoners who have neither cash nor influence but who have earned their “living out” status solely through good behavior or their having served out most of their sentence should not be summarily punished along with the likes of Leviste. That is also being unjust. Again, lest we forget, the country’s prison system is the pits – or as Sen. Miriam Defensor-Santiago described it, it’s “completely miserable, overcrowded, stinky, filthy.” The Department of Interior and Local Government admitted as much in its 2009 request for a budget upgrade. “Inmates are now packed in the most primitive and inhuman conditions, causing death from diseases and jail disturbances.” At present, the Bureau of Jail Management and Penology oversees some 1,000 jails across the country, with more than 60,000 inmates in them, 32,000 in the NBP alone.

Any prisoner who has gone through the hellhole of a Philippine jail with reasonably good behavior on his side and the prospect of completing his sentence soon should be allowed the incentive of breathing in the hope and promise of a fresh start outside the fetid air of his near-uninhabitable, overpopulated cell. Last we checked, rehabilitation, not cruelty, remains the aim of the country’s penal system. Reform it, improve security, tighten restrictions, build more facilities – all toward making the system more reformatory than plain punitive. The “can of worms” opened up by Leviste’s stunt reflects as badly on the society that has allowed such a squalid state of affairs to fester unattended.