SAN FERNANDO, Sibuyan—Charles Darwin would have loved Sibuyan Island. Just like Galapagos Islands in South America, Darwin would have found Sibuyan’s unique collection of plants and wildlife intriguing and fascinating. 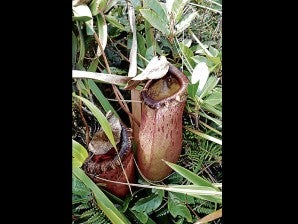 The island has the world’s densest forest and is home to flora and fauna that can be found nowhere else, said Dr. Domingo Madulid, head of the botany division of the National Museum.

“It is one of the most diverse areas in the Philippines. As far as plants are concerned, it is a center of diversity,” Madulid said.

Miah Mayo-Malixi, a University of the Philippines Los Baños researcher, who made a study on possible conservation methods in Sibuyan, said endangered and endemic fauna could be found in all villages on the island. 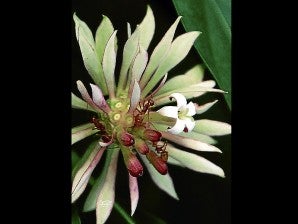 FLOWER of a tree

Because of its high endemicity rate and biodiversity, Sibuyan has been called Asia’s equivalent of the Galapagos by local and foreign scientists.

Darwin, the 19th century explorer whose observations on Galapagos’ endemic species paved the way for the groundbreaking theory of evolution, would have been at home there. 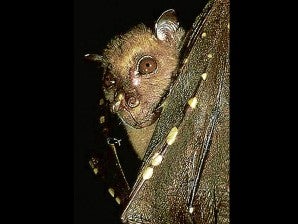 He would have been struck by the verdant vegetation. The island, which is located right in the middle of the country, is mostly covered by primary forests, Madulid said.

The greenery extends beyond the national protected area of Mt. Guiting-Guiting, a mountain range that takes up a third of the island. The vegetation includes primary rain forests, montane and heath forests, summit grassland, mangroves and beach vegetation, according to Madulid’s study. 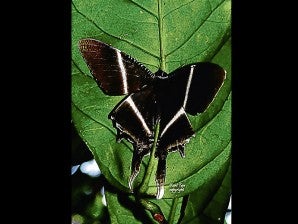 Old growth forest covers about 26 percent of the land area, which is about 46,340 hectares. The forests are so dense that the National Museum has identified in a single hectare 1,551 trees comprising 123 species, of which 54 are endemic.

On the upper reaches of Mt. Guiting-Guiting, there is a pitcher plant called Nepenthes sibuyanensis, which can only be found in Sibuyan. Residents said it was customary for trekkers who brave the mountain to take a picture of themselves with Nepenthes sibuyanensis as a souvenir of their hike. 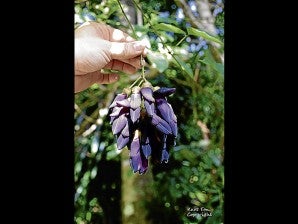 Sibuyan is also home to 131 species of birds and at least 5 species of mammals that are endemic, according to scientists and environmentalists. 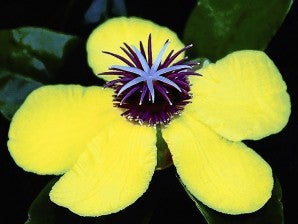 Malixi’s study shows that there are a total of 35 endangered and endemic species in almost all barangays outside the protected area of Mt. Guiting-Guiting. Rare and endangered mammals that live on the island include the long-tailed macaque, little golden-mantled flying fox, Philippine tube-nosed fruit bat and the Visayan warty pig. 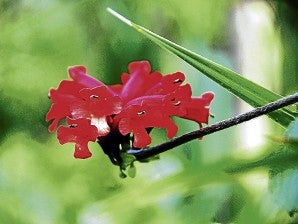 Biodiversity is not confined to land. Sibuyan’s municipal waters are also home to diverse marine life. “Over half of the coral reef cover is intact and coastal waters shelter rich fisheries. More than 1 million kilogram of fish are harvested annually,” Malixi’s study said. 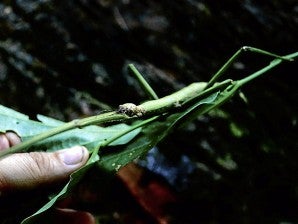 Sibuyan Island’s endemism was a result of its geological history. Millions of years ago, seismic forces pushed up a peaked landmass that is now Sibuyan Island. The island was never part of the largest landmass nearest to it, which became what is now known as the islands of Negros, Panay and Cebu.

Because Sibuyan was isolated from the rest of the Philippine archipelago, its plants and animals evolved differently from the species in other areas.

“The Greater Negros-Panay Rain Forests ecoregion, including the Western Visayas and parts of additional political regions, appears as a number of isolated islands, but during the last Ice Age these islands were (for the most part) part of one continuous island,” a study from the World Wildlife Fund (WWF) said.

Sibuyan, on the other hand, “nearly qualifies as an ecoregion in itself,” it added.

Residents of Sibuyan Island know fully well the biodiversity wealth of their island and they talk about it with unmistakable pride. Sometimes, they could sound a bit overprotective.

But when talk turns to mining companies and logging firms that want to extract resources from the island, there is a tinge of anger in their voices.

Residents of the island and scientists said mining and logging would be disastrous for the flora and fauna of Sibuyan.

These activities, Madulid said, “have adverse effects on biodiversity.” They create disturbances, he said.

Because Sibuyan’s forests are old-growth, its timber is highly valued and therefore, very attractive to loggers. In his data sheet on the island, Madulid said “carabao logging,” a practice of cutting high-grade timber and dragging it to the plains using a carabao, was a major threat.

“If this is allowed to continue in an uncontrolled way, logging may extend to higher parts of the mountain and to the steeper slopes of Mt. Guiting-Guiting, where the remaining large-boled trees are found,” he said.

Rodne Galicha, an environmentalist here, said the logging activities in Mt. Guiting-Guiting had softened the slope soil, making landslides more frequent. This is a threat to the habitats of small animals that live on the mountain, he said.

Recently, mining, which the government considers a growth industry, has become a more serious threat to the island than logging, Galicha said.

Mining applications from large-scale mining firms have practically blanketed the island, encroaching on the national park of Mt. Guiting-Guiting and watershed areas, he said.

These do not include small-scale mining that has been extracting nickel and gold from the slopes of Mt. Guiting-Guiting for years, Galicha said.

Mining has raised the hackles of islanders, who see it as a destructive and exploitative industry that has no place in Sibuyan.

“Mining will displace many people and affect their human rights, damage water catchments and forests, and pollute rivers and the ocean. Mining will undermine the island’s ability to feed itself or develop its significant ecotourism potential,” Galicha said.

Mining would also involve the stripping of Mt. Guiting-Guiting and the logging of trees. This, Galicha said, would spell the death of many species that call the national park their habitat. “Who knows how many undiscovered species have died over the years from mining and logging?” he asked. Darwin would have been disappointed.

The adverse effects of mining have reached the residents. Dr. Art Tansiongco, a local leader in the town of Magdiwang, said mercury tailings that small mining firms use to extract minerals have found their way in the waters and air of the town.

Tansiongco said he had documented more cases of skin diseases and respiratory ailments in the past few years from workers and residents of Magdiwang.

The battle to keep mining firms away from Sibuyan has become a hot-button local issue. Residents are well-versed about it and village leaders have signed ordinances preventing mining firms from getting local permits. In the 2010 elections, local politicians supportive of mining lost.

Elizabeth Ibañez said she opposed the arrival of mining firms because they pose a threat to the unique wildlife of Sibuyan and to the island’s way of life. “This mountain and this water are the only wealth I can pass on to my children,” she said.

Any money from the extraction of mineral resources is just not worth the environmental degradation of the island, she said. “We don’t want to be rich. We want our clean air and clean water. They are more valuable than gold,” Ibañez said.

Duterte-Duterte in 2022? Paduano sees no issue ‘as long as they’re qualified’

Medico-legal report: Dacera’s death due to natural cause; rules out rape, homicide

PNP probe finds no drugs, no rape-slay in Dacera death