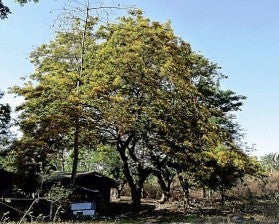 A book about trees found in the Philippines honors Leonard Co, considered the country’s foremost botanist and taxonomist, who was killed in Leyte, on Nov. 15, 2010.  Soldiers mistook Co, who was  conducting research on tree biodiversity in the Manawan-Kananga Watershed, as a member of the New People’s Army and rained bullets on him and his companions, employees of the Lopez-owned Energy Development Corp.

Two years after his death, the Department of Justice has yet to come up with the results of its preliminary investigation. Co’s wife and his parents have filed murder charges against soldiers who fired on Co and his companions.

#BeTheFocus with the all-new vivo V20 series, available on October 30

US-JTWC raises Rolly’s intensity predictions: Up to 270 kph in 12 hours