Aquino wants next Chief Justice to be a puppet 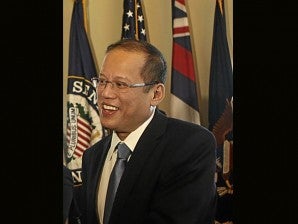 President Benigno Aquino carried on his war of attrition to dominate the Supreme Court with a last-minute attack on Friday, denouncing as “unfair” the short list of eight nominees for Chief Justice submitted to him by the independent Judicial and Bar Council (JBC), which disqualified Malacañang’s favorite candidate, Justice Secretary Leila de Lima, on the ground that she had a disbarment case.

The disqualification appeared to have provoked the President, as it came just days ahead of the deadline on Aug. 27, when he is due to announce his choice of the next Chief Justice to replace the dismissed Renato Corona, who had been convicted by the Senate in an impeachment trial for dishonest declaration of his bank accounts and other assets.

In his first reaction after receiving the list of eight nominees, the piqued President told the press the process of vetting nominees by the JBC  was “unfair,” so the short list was inadequate, implying that it had left him with a narrow field of choice after De Lima was disqualified.

“Satisfied? Personally, I’m not,” the President told reporters, referring to the exclusion of De Lima. “In my view, what happened was not fair. Their rules say that those with disbarment cases will not be  considered. There are those facing cases but were suddenly cleared. There are others who don’t have any case but were suddenly disqualified. How can that be fair?”

Nevertheless, Mr. Aquino said he would pick the next Chief Justice from the JBC list by Aug. 27, as mandated by the Constitution, and he ruled out the possibility that he would return it to the council for revision. The JBC has brought down a short list of eight nominees for Chief Justice made up of five sitting justices of the high court and three “outsiders.”

The eight-member JBC ruled that nominees who received five votes were automatically on the short list. The three “outsiders”—Jardeleza, Zamora and Villanueva—are nonjustices whose prospects of being appointed as Chief Justice are considered dim by legal circles.

If we go by tradition and the record, the insiders appear to have the edge. Since its foundation in 1901, the Supreme Court has been led by insiders, except during the Japanese occupation in World War II, when the occupation authorities named former Speaker Jose Yulo Chief Justice.

Since the establishment of the JBC in 1987, it has nominated only insiders to the top judicial post, and past Presidents followed its recommendations.

This time, Mr. Aquino attacked the fairness of the vetting process, viewing the short list as tying his hands in appointing the person he wants to lead the court and the judicial system.

But these are different and difficult times. The President has shaken up the independence of the Supreme Court from top to bottom with the removal of Corona through impeachment in an action that dislocated the balance of power between the judiciary and the political branches of government (the executive and the legislative).

The judiciary is in turmoil as the President is set to revamp the leadership of the court and carry out his own reforms to clean up the judiciary, whose independence has been damaged by the impeachment trial.

The vote which Carpio topped in the JBC short list came as cold comfort for him but not as a mandate to pick up the mantle of leadership shed by the disgraced Corona.

With the vote, Carpio, the most senior of the justices, looms as a possible leader for the court in transition, but we are not sure that he is the man the President wants to be Chief Justice.

In his 11 years as associate justice, Carpio has established a record as a brilliant jurist, but more significant than that is that he has earned a reputation for being fiercely independent—something the court badly needs but the President may not always welcome.

Mr. Aquino is not famous for being an admirer of the seniority tradition of the Supreme Court. It is, therefore, not a safe assumption that he would put the court under the leadership of a jurist who may be hard to manage.

Legal circles have expressed fears over whether the next Chief Justice would be compliant to the interventions of the President in the administration of justice or would be resolute in restoring the independence of the judiciary, or in cleaning it up of corruption himself.

This concern was voiced by Sen. Francis Pangilinan, a former representative of the Senate in the JBC, among others, who suggested that the JBC raise important issues to the nominees during their interviews, chief of which is: How will you maintain your relationship with the President or any of his political allies and/or critics?

This question holds true for Carpio, if he intends to act as a foil to presidential interventions in the judiciary.

Aside from the criticism of the JBC short list, Mr. Aquino has revealed little of what kind of Chief Justice he would like to have after Corona.

But according to Budget Secretary Florencio Abad, the President will appoint one who can carry out the judicial reform that began with the ouster of Corona.

“He will be looking for a prospective Chief Justice, who has integrity, competence, political will and commitment to pursue and put into effect these reforms,” Abad said, adding judicial reform is among the key pillars of the President’s “reform agenda.”

He continued: “The President did not support the impeachment and subsequent conviction of the former Chief Justice and invest political capital in the process only to end up with a Chief Justice who is unable to follow through effectively, and in a sustained way.”

This is a job-specific check list that Carpio might find hard to follow. It reveals that the President wants the next Chief Justice to be a puppet.