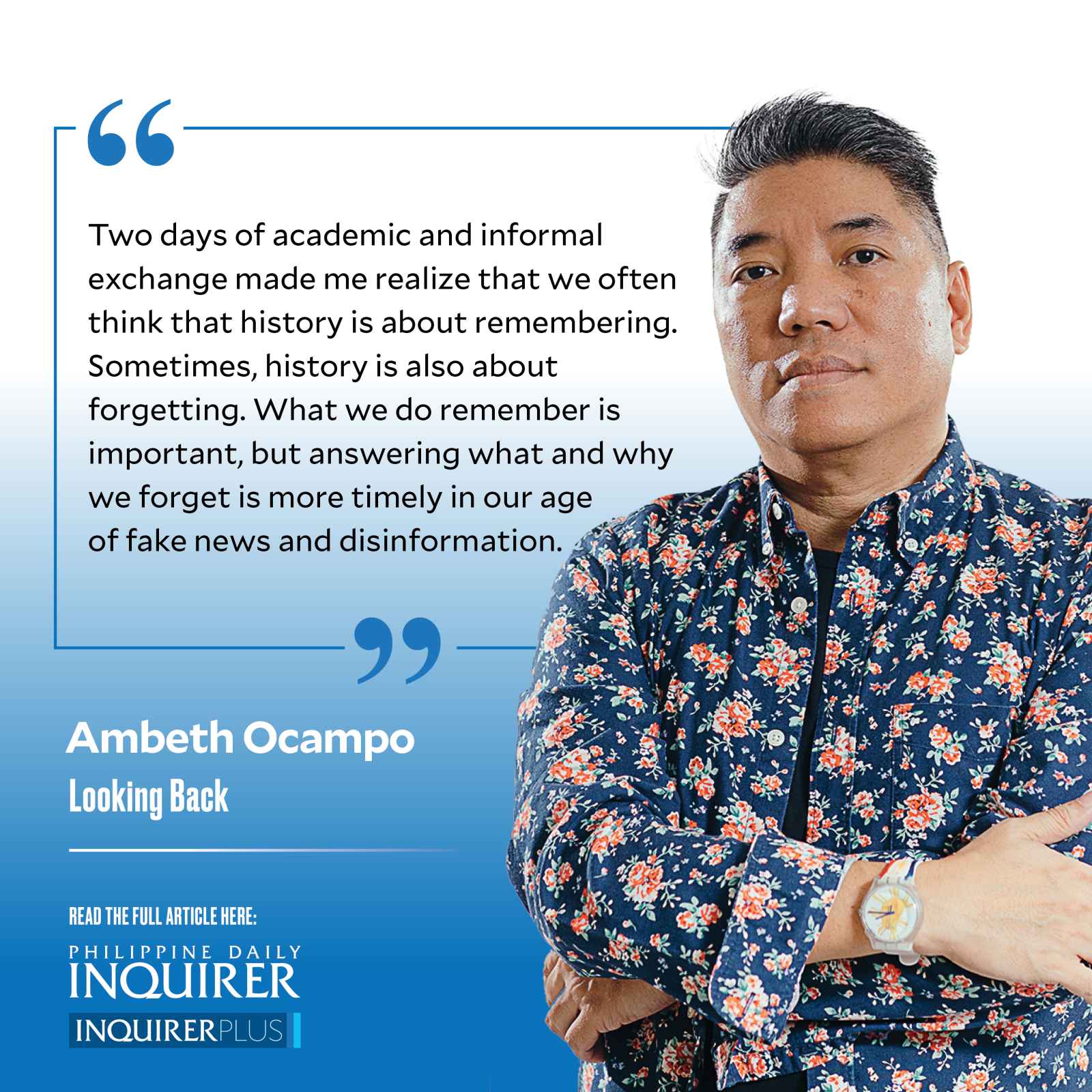 The Japanese Philippine Studies Conference was held in Tokyo University last weekend organized by Taihei Okada. Compared to previous conferences in Hiroshima and Kyoto, the attendance looked small. But when you consider that 100 scholars were onsite and another hundred were online, this was a success and a stark reminder of what the “new normal” will be for academics used to the back-patting camaraderie that marked conferences before the pandemic. Conferences allow academics to talk shop, not just in the formal paper presentations but more so in the coffee breaks and meals.

At this conference, I did not deliver a paper, but acted as discussant to the keynote speech by Mary Racelis, the eminent sociologist who, at 90 years old, continues to teach and research using her expertise to make the lives of the marginal and marginalized in Philippine society better. Hers is a committed scholarship that inspires. All I could say after hearing what appeared like the outline to an autobiography was—when I grow up, I want to be Mary Racelis.

At the conference were Japanese committed to a study of the Philippines, and it was a pleasure to meet a new generation of scholars from those I have known over the decades, all of them now retired professors emeriti: Terada Takefumi, Kawashima Midori, Nagano Yoshiko, Yutaka Katayama, Shimizu Hiromu, and Fujiwara Kiichi who are now just names on bibliographic references. I was particularly proud to see a former student, Hansley Juliano, in the program, as well as three emerging scholars who previously served as my teaching assistants: Alvin Cabalquinto, Bianca Claveria, and Jaja Barriga. At this conference, I knew what it was like to pass the torch to another generation.

One of my undergrad students asked the other day, “What would you be if you had not become a historian?” Having known no other life for the past four decades, it took awhile for me to reply that I would be a writer or journalist, the flipside of my academic life. I warned the students that my career path is unique to me, but while they may not be the next “Ambeth Ocampo,” they could aspire to the academic life that has some distinct advantages over other careers. First, it is not a mind-numbing Monday to Friday, 9 to 5 job. An academic has time for teaching, meetings, research, with some time left over for oneself. Second is the opportunity to travel, study, and research abroad on someone else’s money. Third, I know of no other job that offers a sabbatical or one year’s leave with pay every six years for research or personal enrichment.

There were a number of papers on the Japanese Occupation, an era of history I cannot fully grasp because I cannot read Nihongo. I was a discussant in a panel on memory or memories of martial law in the Philippines, as seen through the eyes of two Japanese and an expatriate Filipino photographer in Japan. Rey Ventura’s presentation was the most powerful. His memories were but annotations or footnotes to photographs taken of a New People’s Army camp and Edsa in 1986. Looking at his photographs reminded me that these may be considered primary sources for historians, but these remain images without context. Ohno Takushi is a retired journalist who once served as Manila bureau chief of the Asahi Shimbun. He studied in UP Diliman and remembers being surprised by signs at establishments that did not say “No ID, No Entry” as we do today, but rather “Please surrender your firearms before entering.” A pack rat, he has preserved not just his diaries but even receipts from the period. It made us all gasp to see that his monthly rent at a UP dorm was all of P45! He recounted being arrested during martial law for breach of curfew, and being made to cut grass in what is now the site of the Batasang Pambansa. Then there was Tsuda Mamoru, professor emeritus of Osaka University, who was the first postwar Japanese faculty member at UP Diliman. He, too, is sitting on an archive of the period that he hopes to donate to a Philippine institution so that young people can learn from the generation that came before them. It was rejected by the UP Archives for lack of space.

Two days of academic and informal exchange made me realize that we often think that history is about remembering. Sometimes, history is also about forgetting. What we do remember is important, but answering what and why we forget is more timely in our age of fake news and disinformation.