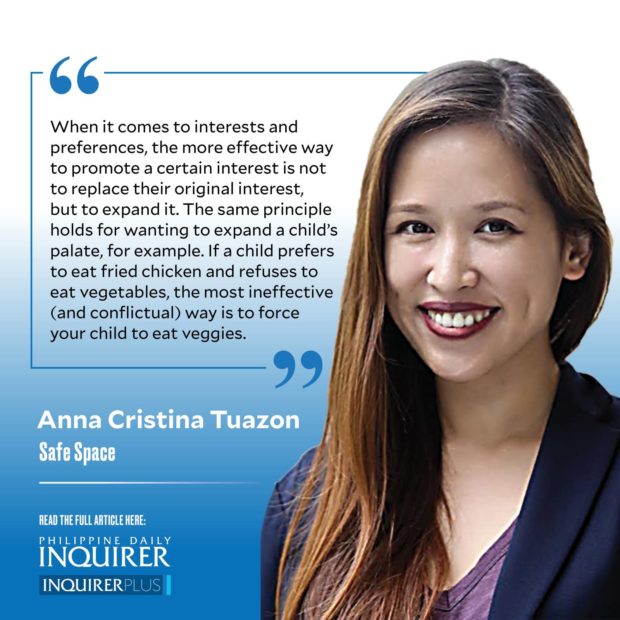 A couple of days ago, my friends and I went on a mini-adventure and visited the Metropolitan Museum of Manila at its new site in BGC. They are on soft opening, showing only a few exhibits, while the rest of the museum awaits completion.

We were attracted to go mostly because admission was free (though reservations were required) and one of their exhibits was “Korea: A Land of Hats,” featuring hats in the Joseon dynasty. As avid K-drama viewers, my friends wanted to learn more about the context of these hats, which were a prominent feature in shows. Not just a fashion statement, the hats conveyed the strict class hierarchy of the times, when knowing one’s place is everything. While admittedly our original goal was simply to try on the hats we commonly see in our favorite K-drama, we were also drawn by the other exhibits featured that day.

The M thoughtfully curated a counterpart exhibit called “The Hat of the Matter,” a collection of hats and hat-inspired pieces by contemporary Filipino artists and local hat aficionados. I highly appreciated this strategy: making use of the Hallyu wave to expand appreciation of Filipino art. In a previous article, I already shared my opinions on a politician’s brazen suggestion to ban K-dramas to promote Filipino shows. Therefore, I was ecstatic to see how the M cleverly exposed K-drama fans (there were quite a lot in the gallery) to Filipino art and millinery in such an organic way. No bans or requirements. They won’t force you to look at the other exhibits; they simply made it available alongside their hosting of the Korean exhibit. We find that Filipinos aren’t inherently against their own art and industries; simply giving them access is enough.

When it comes to interests and preferences, the more effective way to promote a certain interest is not to replace their original interest, but to expand it. The same principle holds for wanting to expand a child’s palate, for example. If a child prefers to eat fried chicken and refuses to eat vegetables, the most ineffective (and conflictual) way is to force your child to eat veggies. The best way to do this is to realize what it is about a fried chicken that your kid likes (its crispiness, perhaps?) so that you can identify similarities between the foods they prefer and foods you want them to eat. People also tend to not like something that is unfamiliar to them. In this example, you can make vegetable tempura or serve dipping sauces for veggies to increase its familiarity and similarity to their favorite food. Sometimes, simply keeping veggies on the table is enough. Children who remain avoidant of vegetables as adults are those who never sustained being exposed to them.

The same behavioral principles apply to preferences and promotion of Filipino art. Instead of banning foreign movies and shows, we simply need to guarantee that Filipino films are shown alongside them. We need to encourage and support Filipino film entries in international film festivals so that even non-Filipinos can be exposed to them. We need to hold our own film festivals, both local and international.

The Busan International Film Festival was effective in promoting South Korean films and talent by simply inviting filmmakers from all the world to their country. The opportunity goes both ways: This same festival served as the launchpad of Filipino film “John Denver Trending” by Arden Rod Condez, which is now being shown in South Korean cinemas. At the home front, actor and director Leo Martinez reached out to let me know of the ongoing Doon Po Sa Amin Sa Batangas Digital Film Festival, a venue to promote creative industries in our province, as well as to promote Batangueño culture as a source of artistic content. To promote Filipino art, we need to support the development of Filipino artists, as well as highlight Filipino themes, so that our artists don’t have to look to foreign sources for inspiration.

Promotion of Filipino art isn’t limited to just Filipino films. Recently, we’ve had a slew of notable Filipino actors making global waves for their realistic and multidimensional portrayals of Filipinos in international movies. Dolly de Leon is a strong contender for an Oscar nomination for her work in “Triangle of Sadness.” Chai Fonacier, who I’ve had the privilege to interview some months back on colorism, holds her own in “Nocebo,” while providing Visayan representation on a global stage. Soliman Cruz soulfully represents Filipino seafarers in “To The North.” They lead the way in showing that Filipino actors are world-class, precisely because they don’t have to dilute their Filipino essence in being so.

Your subscription could not be saved. Please try again.
Your subscription has been successful.
Read Next
What PH can learn from the New York bar
EDITORS' PICK
Fuel price rollback expected on Feb 7
Omega Speedmaster super racing: Tiny device massive change
House energy committee chair Arroyo bats for cheap electricity
vivo Philippines offers a free bouquet of flowers and a premium necklace perfect for Valentine’s Day
Philippine-United States alliance ‘rock solid’ — DFA
Makabayan bloc blasts bid to expand US access to more military bases in PH
MOST READ
Vice Ganda gets called out for ‘unfair treatment’ of ‘It’s Showtime’ co-host Karylle
Fuel price rollback expected on Feb 7
Kris Aquino gets ‘renewed confidence’ after consultation with new doctor: ‘I have a strong chance of getting better’
Pentagon tracking Chinese spy balloon over US
Don't miss out on the latest news and information.