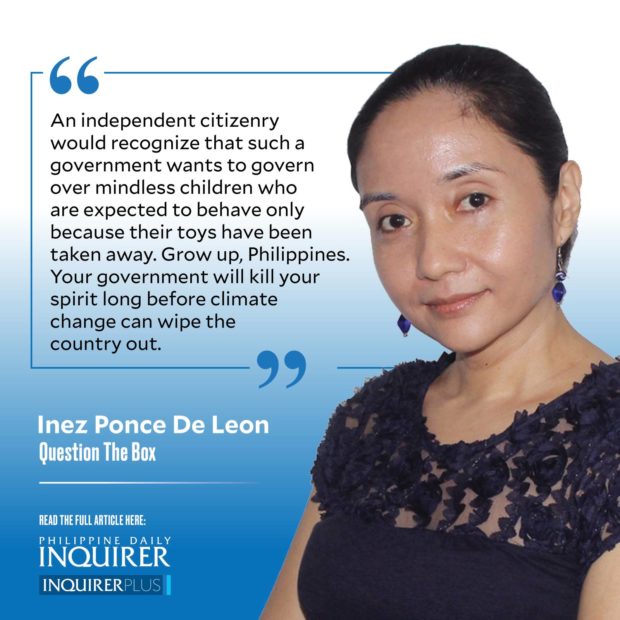 My science and risk communication students are always treated to the story of Peter Rudiak-Gould.

Rudiak-Gould is a researcher who once visited the Marshall Islands, a chain of volcanic islands and atolls in the South Pacific. He operated under a belief that no good science communicator will ever subscribe to: people don’t act on climate change because they are ignorant of the science.

He approached the Marshallese with this assumption, but walked away with an understanding of humans and their lived environment. What he discovered has influenced my research and teaching for years.

Rudiak-Gould found that the islands’ inhabitants observed environmental changes and could articulate them, but took little action when they heard the term “climate change” translated into their native tongue. Why? In Marshallese, the word for “climate” is the same as that for “universe.” When translated, climate change becomes “cosmic change.” Who, then, would dare take action against a universe seemingly conspiring against humanity?

Rudiak-Gould’s work is far more detailed, but his approach has been echoed across the world. The spirit of his findings is thus: knowledge must be valued even when it is not generated by a laboratory or given a scientific name.

There are examples much closer to home. When Typhoon “Yolanda” struck in 2013, news media were quick to swoop in with the notion that “storm surge” should have been translated into Filipino so that people would evacuate.

My research on Yolanda-affected communities shows that this was a careless appraisal of reality. A community in Leyte said that they wished they had been told that a tsunami was coming. Yes, tsunamis are caused by earthquakes, but the storm surge they had witnessed looked very much like the tsunami that had followed the 2011 Tohoku earthquake. It did not look at all like the storm surges they had last seen on the news, which had merely destroyed a sea wall and flooded the basement of a hotel when a typhoon passed through Manila.

A community in Coron, in contrast, said that they had always known about storm surges. Nobody would have evacuated had a “daluyong” been announced.

There are many lessons to be learned here. Every community is different. Our country is diverse. Mere translation does not convey experience. We need to listen to our local communities. They have their own knowledge, in their own language, based on their understanding. This knowledge has been shaped by generations of people who have tilled the land and fished the seas.

Simply giving an English name to a phenomenon does not invalidate the knowledge of those who live the reality.

Oftentimes, those in power are blind to their constituents because they are too busy making assumptions about how people live, how they understand the world, and why they behave in certain ways. It’s easy to label people as ignorant when one pontificates peacefully in a comfortable Senate hall. It’s easy to mock researchers for their efforts when those findings have the potential to take away the government’s chance to exert greater control over people.

It’s easy to label people instead of giving them the tools to help themselves.

Help themselves—a frightening phrase for government officials who want citizens to always think in the short term and depend on the government for their needs. The fear is understandable: an independent citizenry would not always need relief goods labeled with the latest mayor’s name, would not simply clap at cheaply built roads, would not dismiss accusations of tax evasion or land grabbing with a collective shrug.

An independent citizenry would not vote for a government that wants to take charge of everything. They would speak up against the self-appointed agriculture secretary who wants to operate under the policy of “don’t do as we do, do as we tell you to.” They would be wary of senators who want to outlaw Korean dramas on the assumption that our entertainment industry will flourish, all because the choices for entertainment are few.

An independent citizenry would recognize that such a government wants to govern over mindless children who are expected to behave only because their toys have been taken away.

Grow up, Philippines. Your government will kill your spirit long before climate change can wipe the country out.