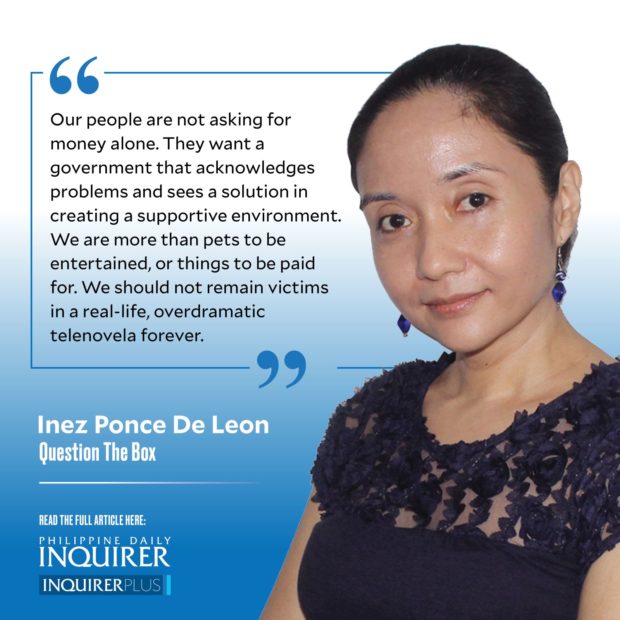 My science communication students have a telenovela discussion session every semester. Some students cringe: the telenovelas they know are about overblown fights, switched babies, and rival families. Others giggle: they grew up with loveteams, costume dramas, or fantasy worlds.

In Latin America, however, telenovelas were used to change society. The most famous example is 1969’s “Simplemente Maria,” created for the Peruvian audience by producer Miguel Sabido.

Sabido reportedly called in the psychologist Albert Bandura, to consult on a plot that would address the lack of women in the Peruvian workforce. Bandura’s Social Learning Theory posits that people will dare to do something only if they see that they can succeed. “Simplemente Maria,” supposedly based on the theory, could be used as a vehicle for an audience to learn, hope, and take action based on vicarious experience.

The plot they came up with has been rehashed for decades: country girl meets city boy, chases him, has her heart broken. She improves herself, rises through society’s echelons, wows boy, marries boy.

Maria, however, was no simple girl: despite her broken heart, she enrolled in night school to learn how to sew, which allowed her to carve out a career in fashion design. The telenovela was also no mere fiction: the night school was an actual trade school in Peru, which saw its enrollment skyrocket after the telenovela aired.

The lesson that this telenovela teaches goes beyond entertainment. It is this: People will not simply obey what they’re told to do unless they see a supporting infrastructure to facilitate the process, are guaranteed rewards for their hard work, and can be assured of stability in the long term.

Infrastructure is not just about cement and bridges: it’s about the government enacting laws and policies to make the path to success easier. Rewards are not just about money, but services. Stability isn’t just a career, but rising through the ranks based on effort and merit. This entire path of needs is about people asking a government to be a part of their lives, rather than a mere taskmaster.

In the Philippines, we pay the government a quarter of our salaries to trap us in a cycle of difficulty and despair. This cycle is everywhere.

We need to spend all day queuing for government services at the risk of losing our jobs because of our absence, or we can choose to avail of online services that supposedly make the process easier but which we have to carry out using insanely priced but horribly slow internet. We are made to apply for a variety of government IDs, but their prerequisite is another government ID. We are told that we should stay and serve the country, but journalists are harassed, even killed; scientists and engineers can’t get hired; nurses and doctors are paid a pittance but can barely live on their salaries and are getting sick themselves; teachers are overworked and underpaid; college professors are expected to do research but are also ordered to teach at least 12 hours a week.

This cycle has encouraged people to vote for any new hack without a track record who promises to end the bureaucracy. The new hacks with no track records, however, also end up sporting the bureaucracy because they can’t stand the depth, complexity, and stupidity of the system. And then we look at ourselves and say that we are disobedient when we complain, or lazy if we decide not to play the government’s game. We end up turning on each other, while the government continues to steal and sneak off to parties.

We cannot call people un-nationalistic when they do not see any supporting infrastructure, reward, or stability. We have every right to despair when we see good people with track records, like Leni Robredo and Leila de Lima, hurt and pushed out in favor of people who fake their credentials and still get praised for being “simple.”

Our people are not asking for money alone. They want a government that acknowledges problems and sees a solution in creating a supportive environment. We are more than pets to be entertained, or things to be paid for. We should not remain victims in a real-life, overdramatic telenovela forever.

It is neither resilience nor nationalism when we are trapped here, forced to accept hardship, and condemned for wanting something better.