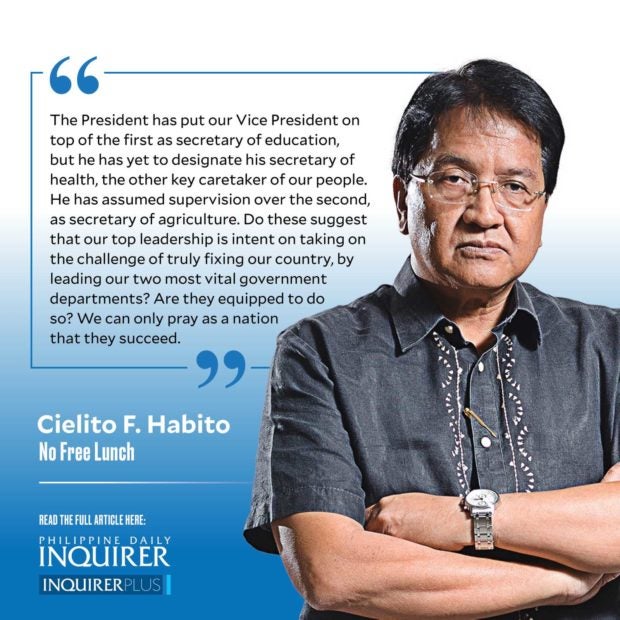 For someone like me who regularly pores over comparative data on our country relative to its Southeast Asian neighbors, it’s easy to feel hopeless and helpless about our country’s future, seeing us at the bottom in too many lists. In some, we’re at the bottom not only among our Asean peers, but even across the world.

Most notable is our ranking in the Programme for International Student Assessment, which rates the abilities of 15-year-old students across countries worldwide. The Philippines ranked last in reading comprehension, and second to the last in mathematics and science. More recently, the World Bank released data on learning poverty, defined as the inability to read and understand age-appropriate texts by age 10. The shocking finding was that nine out of 10 (91 percent) Filipino 10-year-olds cannot read and understand what they are reading! Even more shocking, this is more than double (or more than 56 percentage points higher than) the average for our region. The World Bank also noted how little we spend on public education relative to our neighbors: our government spends $569 per primary school child, which is 83.5 percent lower than the average for East Asia and the Pacific, and 29.5 percent below the average for lower-middle-income countries worldwide.

What does all this say about the future of our workforce in the next few decades?

The present is bad enough. The economic statistics are very depressing, especially considering that up to the 1960s, our economy was considered only second to Japan in Asia. Many years ago, a Korean friend told me how amazed and envious he was when he first visited the Philippines, seeing how “far advanced” we were compared to his country then. Lately, I’ve been looking at data on exports and foreign direct investments, where we trail our comparable neighbors very badly. I’ve given the numbers in past articles in this column, and will not repeat them here. The sobering fact is that we have not only consistently trailed behind Indonesia, Malaysia, Singapore, Thailand, and Vietnam, but we’re also so far behind that catching up in the foreseeable future is a pipe dream. Even if we managed the heroic feat of doubling our total exports of goods and services in the next six years (i.e., to about $220 billion), we will still fall well short of where Indonesia already is today just on goods exports alone ($231 billion)—and it has actually been widening the gap with us in recent years, like the rest of the Asean-6 are. The fact is, Indonesia—which used to have the lowest average income (GDP per capita) among the original Asean-5, and is our most closely comparable economy in the Asean—overtook us in average income (GDP per capita) about 15 years ago.

In my examination of various comparative statistics over the years, there are many other things in which the laggard performance of the Philippines sticks out like a sore thumb, many of which I have written about here. I’ve pointed out how the value of our annual agricultural and agri-based exports ($6.7 billion) is just about one-fourth of next-higher Malaysia (with $25 billion, while Thailand has $39.5 billion and Vietnam $41 billion). Related to this, the budget we devote to agriculture (1.7 percent of the total budget) is the lowest compared to Indonesia’s 3.4, Thailand’s 3.6, and Vietnam’s 6.5 percent.

What this all suggests to me is that we as a country have miserably failed to invest in and care for our two most vital and abundant assets: our people and our lands. The latter should be taken to include our waters, lest we forget that our waters are seven times larger than our land itself.

The President has put our Vice President on top of the first as secretary of education, but he has yet to designate his secretary of health, the other key caretaker of our people. He has assumed supervision over the second, as secretary of agriculture. Do these suggest that our top leadership is intent on taking on the challenge of truly fixing our country, by leading our two most vital government departments? Are they equipped to do so?

We can only pray as a nation that they succeed.