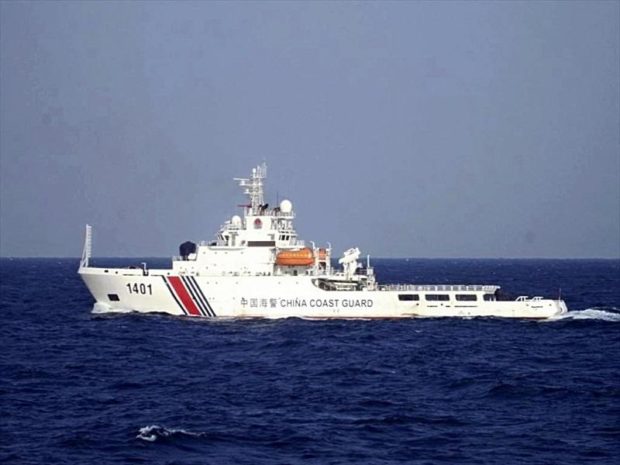 China, which has been striving to become a maritime power, has been increasing its coercive activities year after year around the Nansei Islands, which extend from Kyushu to Okinawa Prefecture. The Japanese government must build a strong system to protect its territory and territorial waters.

Ten years have passed since the administration of then Prime Minister Yoshihiko Noda of the Democratic Party of Japan nationalized the Senkaku Islands on Sept. 11, 2012.

The government purchased Uotsuri Island and two other privately owned islands in the Senkakus, because China was at that time increasingly acting to gain effective control of these waters. In 2010, a Chinese fishing boat operating illegally near the Senkaku Islands crashed into a Japan Coast Guard patrol boat.

When Japan decided to incorporate the Senkaku Islands into its territory in 1895, China raised no objections. It was not until the 1970s, after a U.N. agency reported that there were possible oil reserves around the islands, that Beijing began to assert its territorial claims.

Historically and under international law, the Senkakus are Japan’s territory, and China’s claim has no grounds. It is imperative that the government persistently convey such facts to the international community.

China has been steadily strengthening its maritime expansion regime. In 2018, it placed the China Coast Guard under the umbrella of the military. In 2021, China enacted the Coast Guard Law which allows the use of weapons against foreign vessels if they are deemed to have “infringed” on China’s sovereignty.

Accidental trouble can turn into a military conflict.

Acts of infringement on Japan’s sovereignty are absolutely unacceptable. The Japan Coast Guard must monitor the surrounding waters of the Senkaku Islands and promptly remove the Chinese vessels that have intruded into its territorial waters to ensure stable control of the sea area.

However, the number of large vessels belonging to the China Coast Guard has reached 132, far exceeding the JCG’s 70. The government must steadily equip the JCG with the necessary equipment.

If an armed group disguised as fishermen landed on the Nansei Islands, it would not be immediately clear whether it was an armed attack or not.

In order to accurately respond to such a “gray zone” occurrence, the JCG, the police and the Self-Defense Forces need to clarify the division of roles on a daily basis, assuming a variety of situations. It is also essential to conduct a series of practical joint training exercises.

In 2018, the Japanese and Chinese governments agreed to begin operating an “air and maritime liaison mechanism” to avoid accidental collisions between the SDF and the Chinese military.

However, a hotline between senior officers, which is the pillar of the mechanism, has not yet been established. Japan and China should aim to open the hotline as quickly as possible.