What matters, gets counted | Inquirer Opinion

What matters, gets counted 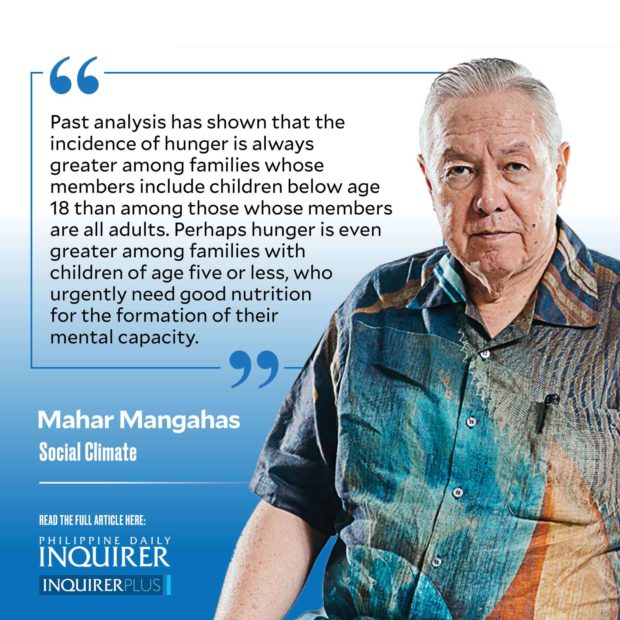 Mike reported on nine SWS national surveys from May 2020 to April 2022, showing the fast growth of bike ownership. One of every four households in the nation is a bike owner. The ratio of bike-owners to car-owners is four to one.

“Statistics for advocacy” is an SWS slogan. These survey items were non-sponsored. Seeing them as socially relevant during the COVID-19 pandemic, SWS surveyed the topic on its own account, conscious that, regardless of the findings, they would be appreciated by the topic’s advocates.

Resources being limited, what topics are the most socially deserving of measurement? The United Nations’ Sustainable Development Goals provide a good general agenda (https://sdgs.un.org). The first four of the 17 SDGs are: 1. No poverty; 2. Zero hunger; 3. Good health and well-being; and 4. Quality education.

SWS has surveyed poverty and hunger quarterly since 1992. It has put public suffering from the COVID-19 pandemic on its agenda since 2020. For the fourth SDG concerning education, I think the two most urgent issues now are the nutritional status of very young children and the medium of instruction in basic education (on the latter, see Edilberto C. de Jesus, “Elephant in the room,” Business Matters, 9/1/22).

Let us see what can be done to generate more details in the SWS module on family hunger, to see the extent of children’s suffering. Past analysis has shown that the incidence of hunger is always greater among families whose members include children below age 18 than among those whose members are all adults. Perhaps hunger is even greater among families with children of age five or less, who urgently need good nutrition for the formation of their mental capacity.

Measurement is being done and should be done from alternative perspectives. There are obvious inconsistencies in the government’s accounts of extrajudicial killings and the accounts of human rights groups.

Government corruption is being rated, across countries, by Transparency International; it is not the government’s task to rate its own corruption. For several years, SWS did such ratings, based on surveys of businessmen, but it had external funding, which ceased.

With respect to poverty, in particular, the scale of the problem is very much greater when rated by poor people themselves than when judged by the government (see my “Poverty seen from below,” and “Poverty seen from above,” 8/13/22 and 8/20/22). On the other hand, the poverty trend over time is generally the same from both perspectives.

(Incidentally, Neda director general Arsenio Balisacan, at last Thursday’s annual meeting of the Foundation for Economic Freedom (FEF), confirmed that official poverty will henceforth be measured every two years rather than every three years. The last reference year was 2021, so apparently 2023, 2025, and so forth are next.)

With respect to public safety, the official crime rates measured from the police blotters are very much smaller than the incidence of home break-ins, street robbery, physical harm, and carnapping reported by respondents to the SWS surveys. Despite reduction in crime victimization over time, the people’s fears of being burglarized and sense of danger of walking in the neighborhood at night have stayed high. The only notable change is that drug addicts have become less noticeable in the neighborhood.

Business accounting is normal. Businesses are seriously interested in making profits, and therefore they have very regular income statements and balance sheets. Non-profit institutions like FEF have only annual financial statements; they were not even reported at last week’s meeting but were not missed by the members on account of the many more important things to do.