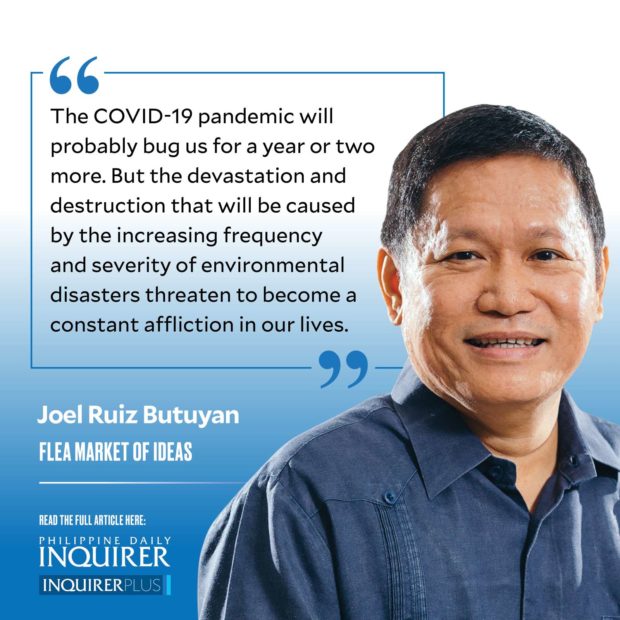 As the world gradually recovers from the massive havoc caused by the pandemic, mankind is being subjected next to multiple devastations caused by extreme weather conditions. These environmental disasters have probably occurred without interruption during the past two years, but they were merely overshadowed by the health crisis. As our attention becomes less focused on COVID-19, we are again noticing that our planet is being baked dry in so many parts, and drowned in many other parts.

China is experiencing an extreme and extended heat wave and drought, resulting in a slowdown in its economy. The scorching heat wave has brought an unprecedented temperature of 45 degrees Celsius in some parts, igniting wildfires. In addition, the drought has dried up so many rivers and reservoirs. With major cities dependent on rivers for hydroelectric power, transportation, and water for farms and communities, factories, and manufacturing plants have shut down for lack of power, cities are experiencing rolling blackouts, river transports are unable to move cargo across the country, fields and orchards are wilting, and communities are in dire need for alternate sources of tap water, reports The New York Times.

Pakistan, which shares a border with China, is experiencing catastrophic floods described as “monsoon on steroids.” Not less than 95,350 houses have been destroyed, and 224,100 more have been damaged, more than 504,000 livestock have been killed, nearly 3,000 kilometers of roads and 129 bridges have been damaged, according to Reuters. At least 33 million people have been impacted by floods, representing 15 percent of Pakistan’s population, at least 1,136 people have been killed, and damage estimates are at least $10 billion.

Europe is experiencing a drought described as “the worst in at least 500 years,” according to a Global Drought Observatory report. Sixty-four percent of Europe is under some sort of drought warning, with 47 percent of the continent in “warning” conditions, which means the soil has dried up, and another 17 percent is on alert, which means vegetation “shows signs of stress,” the report says. Nearly all of Europe’s rivers have dried up to some extent, with hydroelectric power dropping to 20 percent. The forecast is that the continent’s harvest for corn will be down by 16 percent, soybeans by 15 percent, and sunflower by 12 percent.

Other countries that have experienced environmental disasters this year include, among many others, the following: South Africa whose severe flooding is described as the “country’s worst natural disaster on record;” Chile which is experiencing a massive drought described as the longest and most severe in the country in more than 1,000 years, and; Australia which has alternating drought and floods whose severity have been described as “without precedent over the past 400 years.”

Except for Severe Tropical Storm “Florita,” which caused substantial damage to a swath of Luzon island a few days ago, the Philippines has largely been spared, so far this year, of the kind of extreme weather conditions that have battered the countries earlier mentioned. However, severe flooding has been experienced by several of our urban centers, even if they’ve been due merely to flash floods. As I write, a supertyphoon will graze the Philippine Sea, and although it will not hit any of our islands, the increasing frequency of a supertyphoon in our vicinity will constantly terrorize us like Russian roulette.

The consequences of the severe environmental disasters in other parts of the world will hurt our country in an impactful way. The resulting shortages in staples like corn, wheat, sugar, rice, soybeans, and sunflower oil supplies, and the increased demand for fuel for power generation, will distress us with high prices. If we are experiencing shortages and high prices now because of the Russia-Ukraine war, the yearly occurrence of environmental disasters that are getting stronger and stronger threaten to normalize these high prices.

The COVID-19 pandemic will probably bug us for a year or two more. But the devastation and destruction that will be caused by the increasing frequency and severity of environmental disasters threaten to become a constant affliction in our lives.