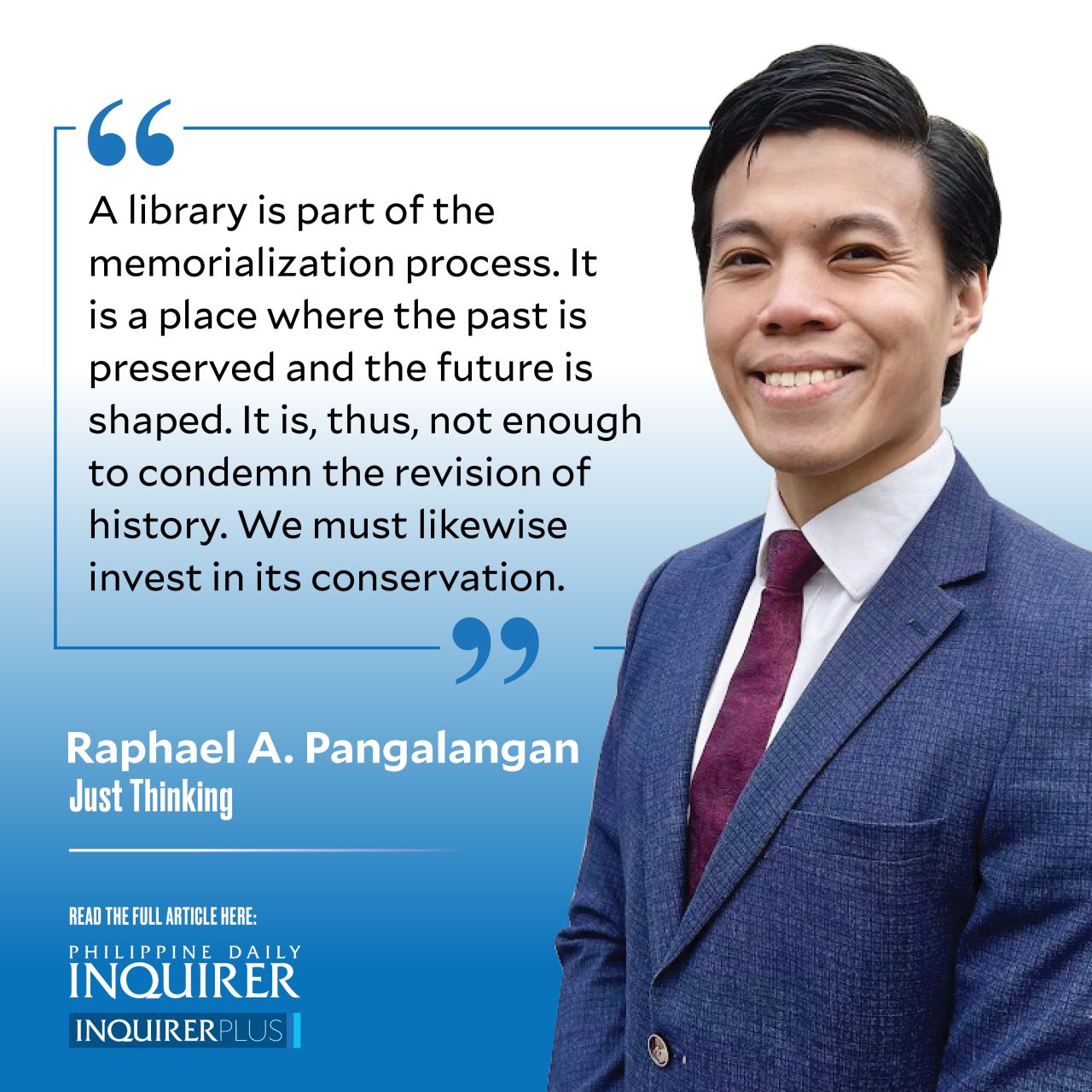 Allow me to echo Donald Glover’s “101 Rap” and ask: ¿Dónde están las bibliotecas? Where are the libraries?

The burning of the great library of Alexandria set humanity back a thousand years, or so the story goes. More than just hyperbole—for indeed the metrics of the myth remain a mystery—the old fable highlights for us the importance of literature across millennia.

Yet, if libraries are indeed so essential, shouldn’t we have more of them?

Sure, the Philippines may boast to have 1,619 public libraries, but that doesn’t mean so much when spread across its 7,641 islands and shared among a population of 115,579,547 people. And needless to say: The quantity of a library may be one thing. The quality thereof is another.

But, perhaps, what is worse: Even where there are libraries, Filipinos don’t seem to be using them! In the National Book Development Board’s most recent readership survey, it was found that most “Filipinos are not aware of the presence of libraries in their barangay and municipality[.]” Only 40.59 percent of the survey respondents indicated that they were aware of existence of public libraries in their municipalities/cities, while a mere 12.54 percent of the respondents were aware of the presence of public libraries in the barangay.

Philippine library culture, or perhaps the lack thereof, is something we drastically need to work on. I assure you, it isn’t too late.

I, for one, would admit that I developed an appreciation for libraries only recently in my life. Throughout my undergrad at the University of the Philippines, I would head to the Third World Studies Center only to enjoy its first world air-conditioning.

But what began as a place for creature comforts later became a matter for the mind. During law school, the Malcolm Hall library was a place for intellectual refuge. A silent sanctuary where I could be left alone with my readings and scribbles, and where little surprises awaited, finding with a flip of a page. (One of my fondest memories was in 2016, when I book loaned “Human Rights in the Private Sphere” by Andrew Clapham and recognized my professors’ names faintly jotted down in the borrower’s card. In its own way, even a flyleaf can tell a story.)

A library is much more than just an accumulation of books or a collection of fancy tables and chairs. And it is most definitely more than just a quiet “café”! May it be the “Bod” at Oxford, the “UL” at Cambridge, or the Third World Studies Center in a “Third World” nation like the Philippines—a library is an intellectual home. It is a haven. And within its four corners, we find hope.

You see, a library is part of the memorialization process. It is a place where the past is preserved and the future is shaped. It is, thus, not enough to condemn the revision of history. We must likewise invest in its conservation.

We don’t need giant infrastructures to develop our library culture, though they would, indeed, be appreciated by the bibliophiles among us, no doubt. Rather, what we need to invest in are facilities where children and adults alike may read, write, and reflect. For this, all we need is a quiet corner of the globe.

During his State of the Nation Address, I was happy to hear President Marcos Jr. include education as one of his priority points. The focus, however, was on online education. He elaborated: “I am talking about materials that are necessary for effective teaching in this day and age. Children now need connectivity to the internet; they need devices to use; they need computers, educational tools so that they might participate fully in the digital community here and abroad.”

This Friday, the National Library of the Philippines will be celebrating its 135th Founding Anniversary. By 2027, it aims to be the premier library in the country. Now that’s a project worth our while! After all, to borrow from Neil Gaiman: “Google can bring you back a hundred thousand answers, but a librarian will bring you back the right one.”