Tears for a broken history 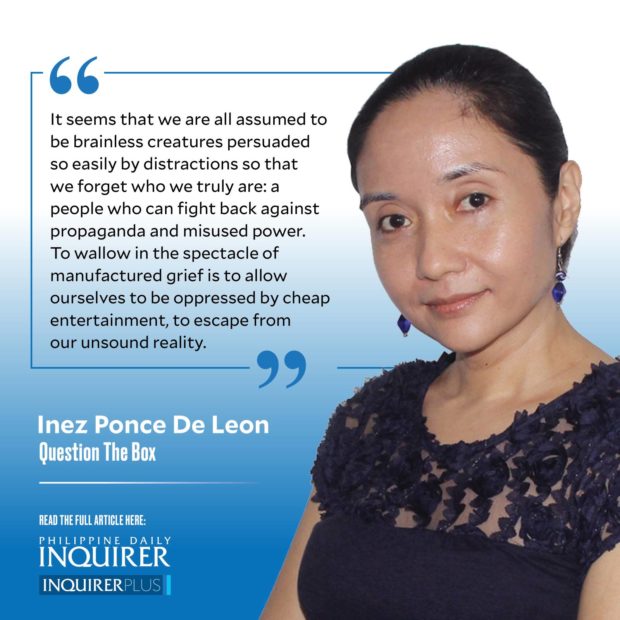 Last week, the actress who likened history to gossip sat down for an interview, sobbed, and wailed that she had been bullied. She did not know what she had done wrong.

The response from the sensible segment of social media users was a collective groan: How could she not know that her words had consequences? That she would ignite a firestorm of ignorance and vulgarity? She was no child with a limited vocabulary, but a public figure who was either incredibly naïve and immature, or childish and imprudent—either of these would be difficult for any prideful person to admit.

The interview itself was troubling.

First: her words had led to top historians and scholars being targeted, lambasted, and mocked online. People who had done decades of work standing for the truth were hurt emotionally, and yet the interview focused so narrowly on her experience, as though she alone were the victim.

The approach was akin to allowing a spoiled child to have its way; and like a spoiled child, she refused to change herself, admit her shortcomings, and sincerely see beyond her own hurts so that she could truly grow up.

Second: the effort to squeeze out sympathy from viewers. Yes, some of the comments about her were below the belt, but let’s not forget the adage that all public figures live by: The mic is always on. Everything we say has consequences, and we must accept them whether or not we anticipate them.

What was even sadder was how she could not recognize the damage she had caused and the harassment she had encouraged. She could not admit that the chaos online was of her own making, and scrambled to absolve herself of any responsibility.

Last: the interview’s release assumes that a large portion of its audience would be swayed by emotion and forgive wrongdoing all because the person involved was sobbing her face off. This is yet another pathetic trick: show tears, expect people’s hearts to melt and brains to disappear, wait for people to forget the more important national issues offline.

Most people would say that the media is simply doing its job: Filipinos are emotional anyway.

Focus on that last one: it seems that we are all assumed to be brainless creatures persuaded so easily by distractions so that we forget who we truly are: a people who can fight back against propaganda and misused power. To wallow in the spectacle of manufactured grief is to allow ourselves to be oppressed by cheap entertainment, to escape from our unsound reality.

The best apology from this actress would be for her to learn history while on the job, and distance herself from the propaganda machine that is using her to divert people from the greater issues at hand.

The actress once played a mermaid. She can use that youthful exuberance to portray Liliosa Hilao, the young campus journalist critical of martial law who was detained, tortured, and beaten to death by the Philippine Constabulary.

The actress had repeated guest roles on a local series that talked about criminals being brought to justice. She can channel that fighting spirit to play Etta Rosales, then a teacher-activist who was tortured and gang-raped by military agents who were also her students.

The actress had a minor role in a long-running soap opera whose theme centers around the misuse of power. She can use that discernment of oppression to play Judy Taguiwalo, then a community organizer who was detained and tortured.

It is their names that deserve the minutes of airtime, the ink of print, our memory as a nation. They deserve our attention; not a disgraced doctor who resorts to murder to solve his imagined problems; he is a terrorist. They are our heroes.

If this actress truly apologized, then she will have listened to history, and seen that it is no mere gossip. She will see that there is a larger world out there beyond the words she thinks will be tolerated, that there is truth beyond the tiny globe in which she thinks she should be coddled and insulated and kept safe.

Then maybe she will understand how she was wrong, and accept it, like an adult would.