What my parents’ deaths taught me about living 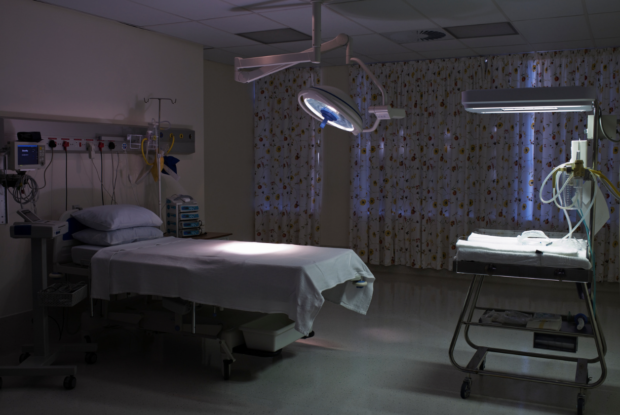 “My father didn’t tell me how to live; he lived, and let me watch him do it.”

My dad learned the hard, painful way that the warning label on his cigarette packs was not to be ignored or trifled with.

The sad news hit me when my brother and I were on our way to Manama, Bahrain, in December 2016 for our usual pre-Christmas visit. My father was admitted to a private hospital to remove about 1 to 1.5 liters of fluid from his lungs, and the bloody effusion that was passing through his draining tube did not paint a rosy picture. At the time, the diagnosis was yet to be clinically confirmed via imaging, but his physicians saw it coming. They suspected lung cancer. It was the stage though, later confirmed by diagnostics, which hit like a sledgehammer: stage IV adenocarcinoma. Imminent and fast-approaching death. Chemotherapy may or may not prolong life.

His grave condition necessitated immediate repatriation to the Philippines. We drove him to the Bahrain International Airport, bid our goodbyes, and that was the last time I saw him alive.

Papa was a proponent of tough love, but I wouldn’t label him unreasonable or unjust. He was an avid boxing fan, loved pusoy, mahjong and Bruce Lee. He was strict, old-fashioned to a fault, and as stubborn as a mule. He may have been rough around the edges, but I never would have traded him for the world. He was fiercely loyal, and he would always watch your back through thick and thin. This quality probably endeared him to a lot of people.

Papa was my silent cheerleader. I have stumbled many times in life, but he was always there to pull me back up and help me regain my proverbial footing. There were days when I felt I was a speck of dust unfit to cling on someone’s boot, but then he would remind me if I stick long enough that boot will carry me to places I have never seen.

Papa was the occasional matchmaker. I’ll never forget the day he tried to set me up with someone I’ve never met or even heard of. In this age of modern love with online hookups and dating apps, my father thought this was a good idea.

I had all the time and opportunity in the world, but somehow, I hesitated to tell him definitively how much he meant to me. Was it the perceived awkwardness? Have I been so cynical all along that saying “I love you” to my own father somehow seemed to me a sign of weakness? It’s funny that some of us have no reservations to shower a sweetheart with endearments but our own parents hardly get a trickle.

I still haven’t deleted the friend request he sent me on Facebook a couple of years ago. His profile picture is a bittersweet reminder of what he looked like before the disease had all but consumed him. That request to this day has remained unaccepted, as it was pointless to add him anyway. I just couldn’t bear to remove it.

In his death, he showed me how to live and opened my eyes to what I have been doing wrong, especially with regards to my finances. I realized the importance of practicality and frugality. That 3-in-1 coffee isn’t half bad compared to a cup of caramel Frappuccino sweetened by the promise of unlimited Wi-Fi. I also dropped my innate susceptibility towards overspending on the latest gadgets.

I saw how he chose his friends, how he even got non-relatives to care for him so much. I followed suit and weeded out people slowly and inconspicuously from my life; those who won’t even give me the time of day unless they needed something from me.

It didn’t take long before cancer began to rear its ugly head again. Evidently, my parents had hit the jackpot in the tumor lottery. Not satisfied with killing my dad, cancer had to take my mom’s life too.

I assumed that my father’s death in 2017 would prepare me somehow in bracing for my mother’s demise, that I could handle the aftermath. It was quite the opposite. Her death hit me awfully hard. Not a day goes by that I don’t think of her. June 27 this year was her first death anniversary. But the pain lingers, never dulled nor diminished at the slightest.

Our family had no inkling about her condition until her abdomen started swelling. That’s what insidious diseases do, I guess. They hit you out of nowhere.

In the beginning, nothing was detected on the x-rays and ultrasounds except for a few “small lumps” seen on the initial colonoscopy. My mom had asked her gastroenterologist if she could be treated pharmacologically. The medicines were proven to be ineffective.

She had developed malignant ascites caused by stage IV colon adenocarcinoma. This was the same affliction that claimed the lives of former president Corazon Aquino and actor Chadwick Boseman. If these people with considerable resources could not overcome colorectal cancer, then what were the odds that a 74-year-old woman from a middle-class family could survive? Traveling was crippled by COVID, so seeking better healthcare in Metro Manila had become a near impossibility.

She had hoped an open laparotomy would save her life, but the postoperative results were disastrous. It didn’t take long for her to be cachectic. Soon enough, she contracted pneumonia and passed away.

My relationship with my mother had never been ideal. We would constantly fight over the pettiest things. But I have loved her wholeheartedly, and I made sure she was aware of this through our numerous video calls. The video calls only ended when she ceased thinking and speaking coherently.

Because of the pandemic, I couldn’t be there as she lay down on her deathbed. I didn’t even make it to her funeral. Being thousands of miles away with no immediate familial support, I was devastated. I could have drowned in misery, but my lifeline was remembering my mom’s final words to me before she lost coherence. She told me that when she’s gone, I had to find a way to move on. That I must find strength and perseverance on my own because no one else will give them to me. I had offered her one last prayer and thanked her for everything she had done for me.

Her death taught me that a clean bill of health should never be taken for granted. I learned that just because I wasn’t feeling any symptoms, I shouldn’t see a physician. When I reach my 50s, I will not fear colonoscopies or other invasive preventative procedures. I began to take the gym seriously and I cut back on carbs, sugar and red meat from my diet.

The memories my parents evoke will live on long after they’re gone, and that’s something that cancer can never take away from my family and me.

Jess L. Losaria currently works as a procurement specialist in Yanbu, Saudi Arabia. When not too busy with work, he finds time to write, and some of his pieces have been published by the The Saudi Gazette, The Arabian Sun and Gulf News. He is also a bona fide iced coffee addict who never misses the opportunity to seek and try new coffee shops.

The questions they ask women 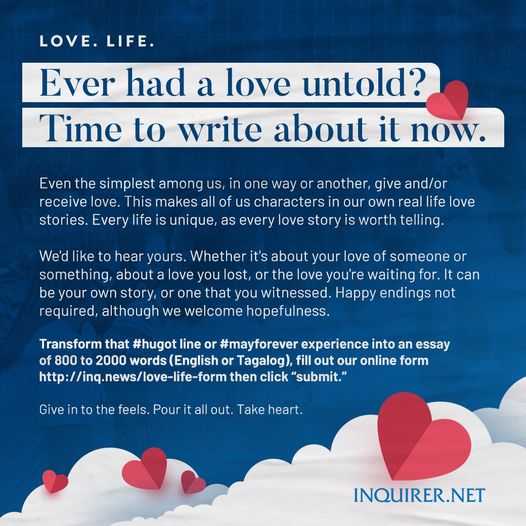