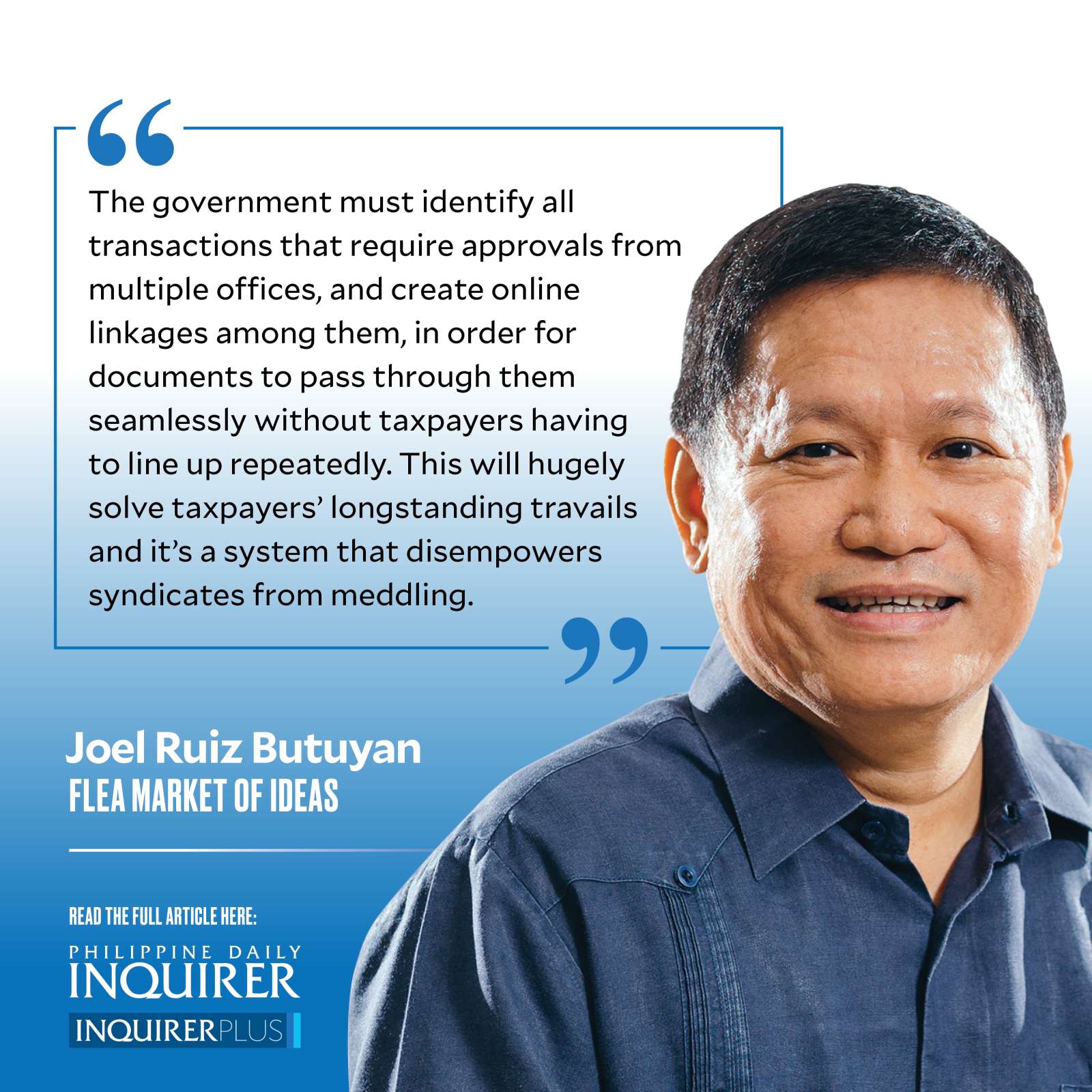 Newly-appointed Justice Secretary Jesus Crispin Remulla made a damning admission on his first day in office. He publicly confessed that three agencies under his department are infested with corrupt syndicates. He identified them as the Land Registration Authority (LRA), Bureau of Immigration, and Bureau of Corrections. With his revelation, Remulla has presented the yardstick by which his success or failure will be measured. Will the syndicates survive, thrive, wither, or hibernate under his reign?

The scourge of syndicates has always been present in every government department in every administration. They’re like barnacles attached to government agencies, and they certainly need to be denounced and threatened with gongs and cymbals just like what Remulla did.

But there’s an even bigger plague in public agencies that brings suffering to everyone who transact with the government. This is the affliction of inefficiency and lack of empathy in how public officials serve the people. In my 32 years of private law practice, I’ve heard a plethora of anguished experiences shared by clients, but limited space allows me to cite only a few examples.

I’ve had a Singaporean client who was shocked to learn that selling and transferring title to a real property—which can be completed in one day in her country—can take several months to finish in our country. She was also appalled to learn that transferring the properties of a deceased parent to his/her children in out-of-court proceedings can take a year or more to implement.

To be fair, there have been advances in government efficiency over the years. The passage of the upgraded Anti-Red Tape Authority Act (Arta, Republic Act No. 11032) has brought improvements. The Arta has provided measuring sticks by which to judge whether a public office is to be commended or condemned.

The ease by which we can now apply online for birth and death certificates from the Philippine Statistics Authority, corporate documents from the Securities and Exchange Commission, clearance from the Philippine National Police, and licenses from the Intellectual Property Office, have been giant leaps that other public agencies should follow. In addition, the Business One-Stop Shop, Citizen’s Charter, and zero-contact policy implemented by some cities and municipalities are praiseworthy.

But the government is a miserable failure in cases where a taxpayer needs a government service that requires multiple approvals from various agencies. It’s when public service stretches one’s time, resources, and patience to the extremes. For example, a land sale must pass through the Bureau of Internal Revenue, Registry of Deeds, Assessor’s Office, and the Department of Agrarian Reform if the land is agricultural. All the approvals take months to complete, sometimes almost a year. One needs to repeatedly show up, line up, fill out documents, and submit them to each of the four agencies. Laypersons have no choice but to pay for middlemen—lawyers, accountants, realty brokers, or fixers—because the processes are complex.

The government must identify all transactions that require approvals from multiple offices, and create online linkages among them, in order for documents to pass through them seamlessly without taxpayers having to line up repeatedly. This will hugely solve taxpayers’ longstanding travails and it’s a system that disempowers syndicates from meddling.

There’s also the widely lamented requisite of requiring taxpayers to produce a clearance from either the PNP or the National Bureau of Investigation. The PNP and NBI records should be linked to the online systems of all government agencies to allow automatic checking of a taxpayer’s criminal record, instead of requiring 100 million citizens to apply for security clearances, just to catch the 0.0001 percent of our countrymen who have criminal records. The most ludicrous is the requirement for gun license applicants to produce a police clearance to be submitted to the police force itself.

Catching syndicates that thrive in government is a worthy cause. But fixing systems and processes to prevent government offices from becoming a haven for syndicates is a far worthier cause.