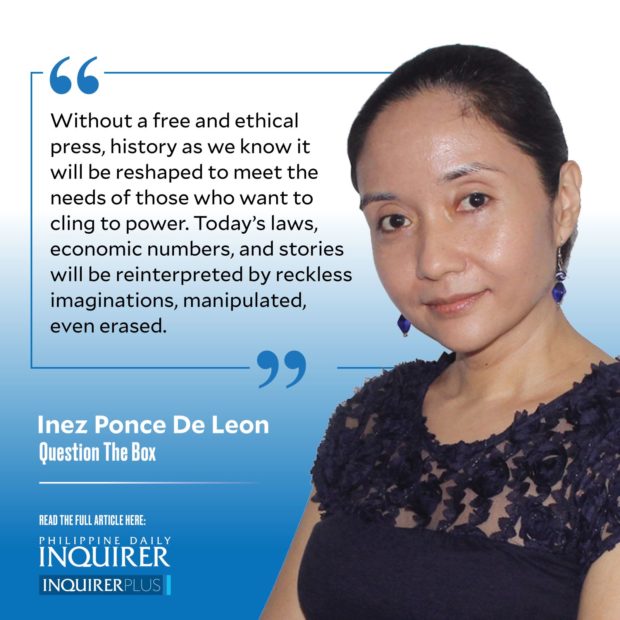 Freedom of speech is invoked so carelessly, it has become wrongly equated with speaking without accountability. Of equal concern, given recent events, is press freedom. Press freedom, however, is not simply allowing lies to flourish in the media. True freedom rests on the journalistic responsibilities of adhering to ethical standards, objective collection of data, and speaking truth to power.

Years of research have shown that true press freedom, when exercised in a competitive environment of an independent, ethical press, helps strengthen governance and develop society. There are thousands of research articles on this topic, but for this column, I draw from Aymo Brunetti and Beatrice Weder (2003); Sebastian Freille, M. Emranul Haque, and Richard Kneller (2007); the 2008 Unesco report on press freedom and development; Peter Leeson (2008); and Jonathan Solis and Leonardo Antenangeli (2017).

As governments grow more corrupt, they also tend to put in more effort to censor the media. This is a natural, protective mechanism of governments that are afraid of being caught in wrongdoing. Having a free press, to begin with, however, prevents governments from sinking into corruption past the point of no salvation.

There are high correlations between press freedom and higher GDP per capita, lower infant mortality, increased life expectancy, and higher spending on public health. These tend to be true because a free press encourages government transparency while encouraging citizens to participate in governance, speak about their misgivings, and demand more from the government. The government, in turn, is pressured to improve public services.

A competitive press is difficult for a government to buy out because any evidence of bias will push journalists to investigate each other, publicize the pressure, and shame the government. In such a setup, the cost of corruption is brutally high.

Contradictory to the claim that a free press instigates social upheavals, research shows that an independent media environment fosters political stability. Media can act as regulators by allowing debates in the public sphere so that citizens can practice airing disagreements civilly and accept that dissent is part of a healthy, democratic society. Those who demand that their voices be heard online while cheering the closure of Rappler and ABS-CBN should read that last sentence very slowly.

To these, I add my insights: an independent, competitive press environment ensures that our history is never forgotten. A free press represents a society that is willing to accept the truth about itself. Nothing is hidden from scrutiny in a free press: our lives will be written about in detail, archived with all evidence, and placed in the annals of history as a Chronicle of the Current.

Today’s laws become tomorrow’s lessons. Our economic numbers become trends to project future outcomes. The stories of those who have been persecuted, even tortured for their ideals, will stand as warnings for the next generation to listen to the voices of truth.

Without a free and ethical press, history as we know it will be reshaped to meet the needs of those who want to cling to power. Today’s laws, economic numbers, and stories will be reinterpreted by reckless imaginations, manipulated, or even erased.

An independent press will tell the next generation the truth about who wrote a bill versus who simply took credit for it; who created sustainable infrastructure versus who claimed it as their creation by virtue of geography; who truly lived a simple life versus who partied lavishly while others starved.

The independence of our press and the labors of our historians are intertwined. To shackle the press is to obliterate our history. To ridicule our historians is to embrace the mediocrity of gossipers who invoke “free speech” when all they mean is “I really don’t know any better, but I don’t want to admit it.”

Read Next
A nation of many IDs
EDITORS' PICK
PH importing sugar after all: Marcos okays 150,000 MT
What to watch out for when selecting a video surveillance solution
vivo brings to the Philippines a powerful smartphone with a slimmer body, the vivo Y02s for only PHP 6,499
Bakers’ turn: P4 hike on bread prices sought
Supply of white onions gone since July, growers say
House energy committee chair Arroyo bats for cheap electricity
MOST READ
DepEd to give teachers P5K cash aid on 1st day of classes
LOOK: Miel Pangilinan dazzles in glittery pre-debut shoot
Peso loses ground vs US dollar
DOJ indicts bank officer in $2.1 billion Wirecard fiasco
Don't miss out on the latest news and information.