A brave new world with no masks, smoke | Inquirer Opinion

A brave new world with no masks, smoke 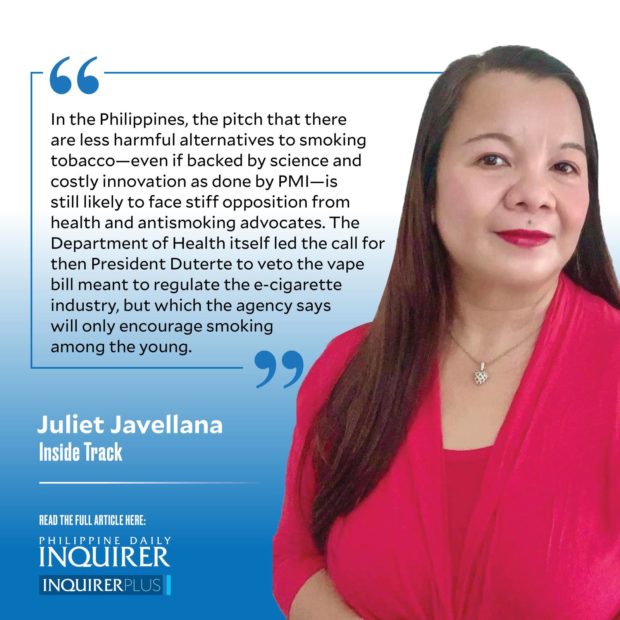 Geneva, Switzerland—For those of us traveling for the first time after two years of COVID-19 lockdowns, it was comforting to find that our airline still required and enforced the wearing of face masks throughout the 15-hour flight from Manila. But elsewhere in Switzerland, in crowded restaurants and malls at the city center here, the cheese factory in the medieval town of Gruyères, and the cable cars full of tourists bound for the Matterhorn mountain and the glacier paradise in Zermatt, face masks are no longer required.

It was refreshing to see people’s faces again, but also intimidating for those of us still disposed to wearing the protective gear.

Switzerland lifted all remaining COVID-19 restrictions in April, including the vaccine and quarantine requirements for travelers. Just as well since Switzerland is arguably the “most international city,” home to global institutions like the World Trade Organization (which was having a ministerial conference when we came), the World Health Organization (WHO, that is on top of monitoring the global pandemic), and, of course, all those banks.

When our media group from the Philippines walked into the Philip Morris International’s (PMI) research and development hub in Neuchâtel, our PMFTC hosts Dave Gomez, Didet Danguilan, and Seano Obmerga had to inform the reception that we would feel more comfortable wearing our face masks during the Technovation conference attended by dozens of delegates.

It was awkward to be the only ones wearing face masks during the plenary and break-out sessions, but it was a personal choice.

Indeed, many parts of the world have started to go back to normal and learned to live with the virus. But with the Philippines’ sluggish vaccination rate and rising infections, it remains to be seen when our country would find itself ready to open to this brave new world as well.

The pristine lake in Neuchâtel, in the western French-speaking part of Switzerland, seems to be the perfect backdrop to The Cube, the gleaming glass building housing the R&D lab put up by PMI to push its goal—to someday stop manufacturing cigarettes for a “smoke-free” world. This is an intriguing proposition, coming from the world’s leading cigarette manufacturer.

“If you don’t smoke, don’t start. If you smoke, quit. If you don’t quit, change,” goes PMI’s mantra for its business transformation.

Smoking is dangerous to people’s health and has been blamed for cancer, chronic obstructive pulmonary disease, and other respiratory ailments. According to the WHO, tobacco kills more than eight million people a year.

In response to a United Nations Focal Point on Tobacco or Health, PMI said it pioneered the innovation to produce “reduced risk products” to replace conventional cigarettes. This is built on the premise that there are some 1.1 billion adult smokers around the world who don’t want to kick the habit despite the risks.

Stefano Volpetti, PMI president for smoke-free products category and chief consumer officer, said the brand vision was to “replace every cigarette for all adult smokers who don’t quit.”

Gizelle Baker, PMI vice president, contends that while nicotine is addictive and not risk-free, “nicotine is not the primary cause of smoking-related diseases.” She points to research showing that smoking-related ailments are caused by harmful and potentially harmful constituents in smoke during the burning process when a cigarette is lit.

At The Cube, PMI said 900 scientists, engineers, and technicians work on products that entail heating, not burning, tobacco. Since 2008, PMI said it has invested $9 billion for research on and the production of safer, noncombustible alternatives.

The goal, said Tommaso Di Giovanni, PMI vice president for international relations, is for smoke-free products to account for 50 percent of its net revenues by 2025, with around 40 million adult smokers seen to have switched to heated tobacco products by then. Further, PMI projects that cigarette sales will cease in some countries in 10 to 15 years, no doubt the best way to save lives.

In the Philippines, the pitch that there are less harmful alternatives to smoking tobacco—even if backed by science and costly innovation as done by PMI—is still likely to face stiff opposition from health and antismoking advocates. The Department of Health itself led the call for then President Duterte to veto the vape bill meant to regulate the e-cigarette industry, but which the agency says will only encourage smoking among the young. So far, there has been no news on Mr. Duterte vetoing the measure before his final departure from Malacañang last Thursday. If he didn’t veto it, the vape bill is expected to lapse into law.