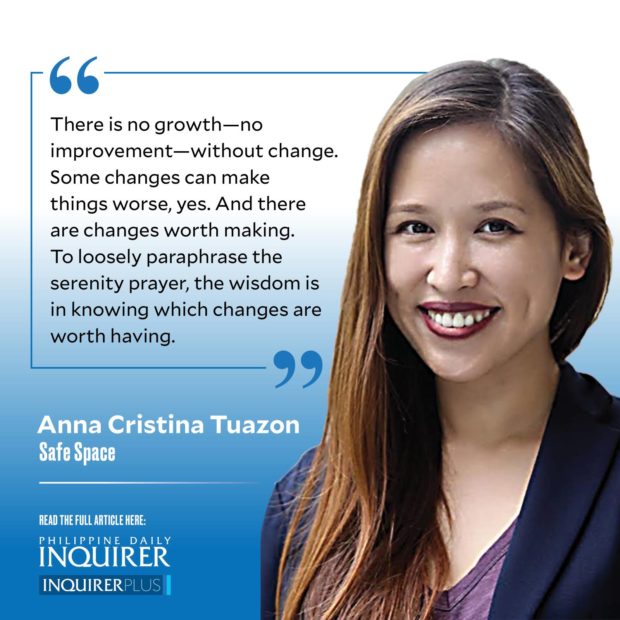 After a musical career spanning nine years, BTS just announced that they will be focusing on their solo activities. They announced this in the most BTS of ways: having a televised hourlong dinner where they exchanged sincere and authentic conversations with each other and with ARMY, their fans. Instead of a written press release, they chose to share their unfiltered reflections that have led to their current decision. Their most recent song, released just this past week, “Yet To Come (The Most Beautiful Moment),” belies a promise that “the best is what comes next.” They had taught their fans many life lessons along the way, and now they’re showing us what healthy change can look like.

I first heard about global superstars BTS from my young clients. While it is common for people to talk about their interests and hobbies in psychotherapy, it is quite another to hear about how a musical group had inspired them to love themselves. I work with clients who grapple almost constantly with depression and hopelessness, and so to see their eyes light up — as they talk about the band’s lyrics and stories and how they have made them feel less alone in the world — made me realize that this was not just any band. My clients’ experiences remind me that hope and inspiration can come from many places, and this includes music and art. More cynical individuals might scoff at the idea of artists as the subject of an op-ed, but I have personally witnessed their influence on people’s lives, young and old. BTS-related news is no longer limited to music releases and promotions but crosses over to international diplomacy as they have spoken multiple times at the United Nations, most recently as South Korea’s youth ambassadors holding diplomatic passports. Just a few days ago, they were invited to the White House by US President Joe Biden to talk about the rise in Asian hate crimes. They have also been a significant source of personal comfort for people of all ages during the pandemic. BTS has been writing music related to societal issues relevant to youth since their debut in 2013 and has continued embodying their company’s slogan of “music and artists for healing” as they offered songs of hope and optimism at a time when people were struggling with their sense of meaning during the pandemic lockdowns.

As a mental health professional, BTS was a gift — both for myself and my clients. Their songs made my young (and not so young) clients feel understood. For those who are not familiar with BTS, you might not realize just how human they are. They openly share — and cry about — their struggles and confusion about where to take their careers. They communicate about their difficulty in handling their onstage and offstage personas. They don’t purport to be perfect or pretend that mistakes don’t happen. These are the role models we want for our children: humans capable of mistakes and striving to be better. Their music became the language in which my clients can express to me how they really feel. My clients freely cite anecdotes of the boys in our sessions as an analogy for what they are going through themselves. BTS, with confessions of their own existential and mental health concerns, has contributed to the destigmatization of mental health more than any other public figure I know.

Barely 24 hours after their announcement, I notice that their fans are grieving in a slightly different way. The sadness is there, for sure. Perhaps an emptiness due to not knowing for sure what comes next. But I also see a calm sense of understanding. Their fans are showing us what it means to hold both sadness for one’s self and happiness for someone else. ARMY and BTS always had this mutual intuition about each other and, this time, it seems that ARMY instinctively knew that this change is what BTS needs.

Change scares a lot of people. Our first impulse when we see change is to resist it. We generally prefer things to stay as they are. As some clients have put it, better to have the misery you know than the misery you’ve never encountered before. This is partly why, for example, as much as we bemoan the existence of political dynasties, we still vote for their return. Better to have an imperfect system that is familiar, than to trust in unfamiliar — and untested — change. In parenting, we tend to revert to how we were raised to guide our own parenting styles, as we are more familiar with its outcomes compared to trying something completely new. But still, changes are inevitable. There is no growth — no improvement — without change. Some changes can make things worse, yes. And there are changes worth making. To loosely paraphrase the serenity prayer, the wisdom is in knowing which changes are worth having.

Healing and moving on