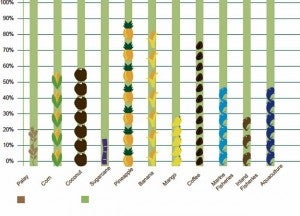 Organizing small farmers empowers them to take part in reducing poverty and in sustaining economic growth in the countryside. Veejay Villafranca/Contributor

Today is World Food Day. The Food and Agriculture Organization could not have chosen a more apt theme: “Food prices – from crisis to stability.” It is a rallying call for nations to ensure that food is available now and in the future in a world marked by vagaries of the market, political instability and climate change.

At the height of the food crisis in 2008, the Philippines was among the countries with “severe localized food insecurity requiring external assistance in food.”

A series of extreme weather events occurred in 2009 with damage to the economy exceeding P100 billion – more than twice the amount allocated for agriculture that year.

There are 94 million Filipinos today.  The population will grow by 2 million each year from here on. Meanwhile, the domestic food chain – from farm to the dining table – is under great pressure. The chain has become weak, corroded by years of neglect and corruption. Unless repaired now, it will soon reach the breaking point.

More threats loom on the horizon. Conflicts in the Middle East and North Africa reverberate in the Philippines in the form of oil price hikes, pushing prices of commodities upward.

Climate change-related events in 2010, which devastated farms in major food producing countries like Russia, Australia and China have pulled global food stock to all-time lows. There is less food for export as countries move to secure domestic demand.

Thailand, Vietnam and India, which control 60 percent of global rice trading, restricted their exports to protect their own domestic supplies during the 2008 food price crisis.

The effect of another global food crisis will be brutal, especially for the poor who spend roughly 60 percent of income on food. Already we import 37 percent of our cereals which include rice and corn.

We also import 99 percent of our milk and other dairy products, and more than 50 percent of coffee.  Although we are a net exporter of fish in terms of value, we import more fish by weight.

More than ever, the Philippines is vulnerable to price volatility. To overcome the challenges, we must address the issues of equity, sustainable production and resilience.

Fishers and farmers are the two poorest sectors in Philippine society with poverty incidence of 50 percent and more than 40 percent, respectively.  The great paradox is that they are surrounded by the means to produce food and yet they are the most vulnerable to hunger.

More than 7 in 10 households felt insecure about food, while 5 in 10 could not feed their children with adequate, nutritious food.  Equity means that food must reach their tables.

Equity also means that opportunities must reach the marginalized, especially the 3.2 million women working in agriculture, so that they are able to produce more food.

Intensive agricultural land use has contributed to the degradation of some 13 million hectares. Logging and land clearing have destroyed 66 percent of the country’s natural forest cover and caused topsoil loss of some 5.2 million hectares.

We are losing valuable amounts of food because of poor technologies, storage, infrastructure and wasteful consumption. From farms to dinner tables, we are losing about 822,000 tons of rice every year – enough to feed 7.4 million Filipinos.

We can increase total rice production by 3 million tons by bringing an additional 1.5 million hectares under irrigation. We can increase rice yield from 3.03 tons/hectare to at least 5.1 tons/ha (the average yield of Vietnam and Indonesia) by using agroecological practices such as the System of Rice Intensification (SRI). This could increase our total rice production by another 3 million tons.

SRI is a system of agronomic husbandry practices that substantially increases yield. SRI-Pilipinas, an Oxfam supported organization, records an average of 6.4 tons per ha, a yield gain of around 114 percent over the current national average, and higher returns on investment (as much as 300 percent in one site).

In many countries, SRI practices of maintaining soil moisture, plant spacing and properly timed transplantation have led to an 80- to 90- percent reduction in seeds, 25 to 50 percent less water, reduced emissions of methane gas, (which is 25 times more harmful than CO2) and substantial reduction in  the use of acid rain-causing nitrogen fertilizer.

All regions of the Philippines are vulnerable to climate change. Farmers and fishers, especially women, are hit first and worst by extreme weather events. Meantime, the global discussion for a climate deal suffers from low ambition, pushing us closer to the dangerous tipping point of a 2-degree Celsius average global warming. Research shows that rice yield will fall by 10 percent for every one-degree increase in temperature.

Our public finance is not up to speed with the rapidly increasing demand for climate adaptation.  There is chaos in the country’s climate financing – more money goes to mitigation of greenhouse gases than adaptation for climate-related disasters despite the fact that our contribution to global warming is a measly quarter of a percent.

Of the money that goes to adaptation, more comes in the form of loans than grants.  This goes against the principle of compensatory finance that says rich countries that are responsible for the climate crisis must bear the greater burden of addressing the effects of global warming.

Against this backdrop, it is vital to craft more effective policies and programs, and to implement practices that will ensure better and fairer management of land and water resources. A development agenda that prepares communities for the climate crisis and revitalizes the farm and fisheries sectors is essential.

Policies and programs that promote sustainable livelihoods and climate-resilient communities should be prioritized and pursued. Congress should pass a law on land and water use that protects the nation’s food sources – farms and fishing grounds. Land must not be converted into other uses, especially in areas that are critical for food production.

Existing legislation should be reviewed to secure the needs of women smallholders, as well as the demands of sustainable farming and fishing. Government agencies and their respective mandates need to be rationalized and aligned for the purpose of achieving food self-sufficiency.

Public spending for agriculture should increase to a scale that will meet the demands of climate adaptation and food self-sufficiency. Landmark legislation such as the People’s Survival Fund bill needs to be passed urgently.

The measure seeks to offer incentives to early climate-change adaptation action by establishing appropriate, adequate and predictable sources of funds that can be accessed by local government units and communities.

National budget allocations for sustainable agriculture should be increased. The government should also invest heavily in rehabilitating over-fished areas and introduce a raft of social protection programs to ensure that vulnerable sectors are shielded from economic and climate-related volatility.

Private-sector investment that can build the resilience of rural livelihoods and contribute to social development must be encouraged. Standards for responsible private-sector investments and operations need to be in place to govern the government’s public-private sector partnership agenda, and to define the scope and role of the private sector in the government’s adaptation agenda.

One area where private sector expertise and resources will be most needed is in developing Philippine risk-sharing mechanisms and weather index insurance-based initiatives for farmers and fisherfolk.

In the aftermath of a disaster, affected families sell off their remaining assets, often at depressed prices. Weather index insurance provides a mechanism for putting affected farmers back on their feet after a disaster strikes.

A more coherent national agenda that increases the competitiveness of Philippine agriculture and mitigates the vagaries of the international commodities market and the adverse impact of international trading regimes needs to be agreed upon.

The Philippines needs a blueprint for trade and development, which places the empowerment of small farming shareholders at the center of government’s development strategy.

Congress needs to pass anti-smuggling and antitrust bills urgently. Equally important is jump starting a process that will review all trade agreements entered into by the government or are currently under negotiation.

In the context of the climate crisis and the price volatility of agricultural products, it is critical to review tariff schedules and to align trade targets with the projected climate-change impact on the Philippines.

The creation of a Philippine Trade Representative Office will ensure coherence in our bilateral and multilateral trade negotiations so that international trading will aid, not hamper, the development of our food production.

At the same time, women’s contributions to agriculture production must be strengthened and supported. The government needs to increase women’s access to extension services, credit and social protection measures. Women’s representation and participation in policy-making processes must be institutionalized.

In addition, consumers, small producers, development NGOs and social movements should amplify their calls for safe, adequate and sustainably grown food. Furthermore, the government needs to provide the right incentives and the regulatory environment for the private sector to be able to heed this call.

At the moment, our domestic food system is not designed to survive another crisis. But we know that one will almost certainly come. So, the time to change course is now. Fortunately, we have the resources to do so.

The challenge is to bring the government, private sector, civil society and local communities on board to define a fair and bountiful future where we could have food for everybody.

(This article is a summary of Oxfam’s Philippine Food Justice Report written by Jeanne Illo and Dante Dalabajan.  Oxfam is an international humanitarian, development and campaign organization working in close to 100 countries worldwide.)