Why women leaders are better than men 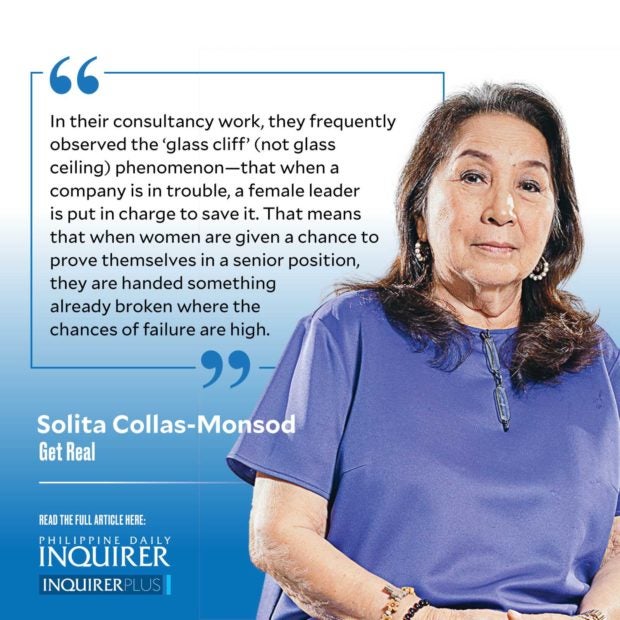 Ten years ago, some hard numbers were put into the mix of claims, speculations, theories about male and female leadership styles at the time when Zenger/ Folkman (ZF), in the Harvard Business Review “Are Women Leaders Better than Men?”, published the results of a survey of 7,280 leaders “in some of the most successful and progressive organizations in the world, both public and private, government and commercial, domestic and international,” using 360-degree feedback/assessment—i.e from peers, bosses, direct reports, etc.

They found that at every management position—from top management down six levels—more women were rated by their peers, their bosses, their direct reports, and other associates as better overall leaders than men. Moreover, the higher the position, the bigger the gap between them.

ZF, a leadership development consultancy, posits that there are 16 competencies top leaders should exemplify. It found that women rated significantly higher in 12 of them. These are, in the order according to statistical significance: takes initiative, practices self-development, displays high integrity and honesty, drives for results, develops others, inspires and motivates others, builds relationships, collaboration and teamwork, establishes stretch goals, champions change, solves problems and analyzes issues, communicates powerfully and prolifically.

In the next three competencies—connects the group to the outside world, innovates, and technical or professional expertise—the scores of the women were also higher, but their differences were not statistically significant. The sixteenth competence, develops strategic perspective, was the only one where men performed significantly better. But, notes ZF, when they measure the men and women in top management, their relative scores are the same.

Their study was updated three years ago with over 62,000 leaders involved, and the results were essentially the same. That’s hard data, not speculation. Women leaders perform significantly better than men under normal circumstances.

In their consultancy work, they frequently observed the “glass cliff” (not glass ceiling) phenomenon—that when a company is in trouble, a female leader is put in charge to save it. That means that when women are given a chance to prove themselves in a senior position, they are handed something already broken where the chances of failure are high.

So ZF asked: Are women more qualified to lead during a crisis? Is that why the glass cliff exists? Is that why they are handed the reins when times are tough? It went on to update their study again, this time with data gathered during the first phase of the COVID-19 pandemic, and added three other competencies: learning agility, values diversity, and takes risks.

The results were similar to the earlier ones, except that in some of the competencies, the gaps between women and men leaders in the pandemic were even larger—indicating that in a crisis, women perform even better than men than at other times.

Now, let’s zero in on male and female political leaders. You will recall, Reader, in a previous column, I mentioned that Garikipati and Kambhampati studied 194 heads of government, and found that female-led countries had significantly fewer deaths and fewer COVID cases than male-led countries.

Another study supports that conclusion. “Women’s Leadership Is Associated with Fewer Deaths During the COVID-19 Crisis: Quantitative and Qualitative Analyses of United States Governors,” by Sergent and Stajkovic (Journal of Applied Psychology), asks: Are female governors better than male governors? If so, why? The title of their study answers the first question. The second was answered by studying governors’ briefs and the words they used to communicate. Female governors displayed more empathy and better communication skills, which is why even if both, say, proclaimed a lockdown, the females got more cooperation and better results.

What does this all have to do with us? We are choosing our national and barangay leaders in the 2022 May and December elections. The country is in crises—in the economy, education, health, energy, even moral. Check your candidates against the leadership competencies listed above. Who do you think should lead? Hint: Think Pink.