How I write what I write | Inquirer Opinion
Close
menu
search

How I write what I write 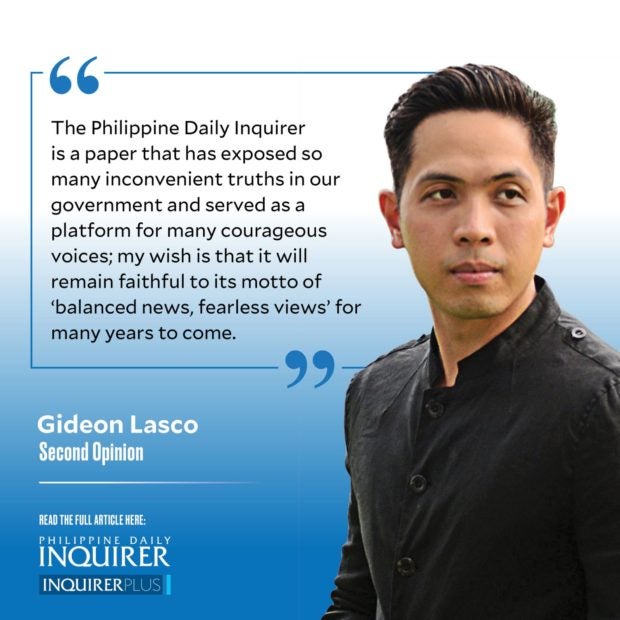 Bogotá, Colombia — This week marks the fifth anniversary of my column and—over 260 pieces later—I would like to use this opportunity to reflect and shed light on how I actually write the column, and what it has meant to be a columnist.

The first step, of course, is choosing a topic to write, and while columnists have the absolute freedom to write about anything under the sun, I have not strayed far from medical, sociocultural, and environmental issues, drawing on my backgrounds as a physician, anthropologist, and mountaineer.

Moreover, following the advice of our former publisher, Judge Raul Pangalangan, I have tried to strike a balance between timeliness and timelessness. Most pieces speak to the issue du jour, some of the most recent columns for instance were on Putin’s war on Ukraine, the arrest of Dr. Naty Castro, the importance of listening to Ka Leody’s progressive platform. Over the past two years, most of my columns were about various aspects of the pandemic.

But sometimes, I also write about topics that I hope would have enduring relevance. When I wrote of “the myth of the lazy poor,” “the Filipino burden of proof,” or the fact that “the Philippines is not a poor country,” I think my arguments will still resonate given that the fallacies I was trying to address in those pieces will persist. Often, I still use current events as a starting point, but I then move to a broader social reality, mindful that I am also writing for the future.

Then there is a third category, which consists of my notes from my travels both around the country and abroad. The dateline may be distant and the topics eclectic—from Mexico’s bike lanes and Cuba’s health care system to Iceland’s geothermal plants and Macau’s gambling establishments. However, I always use the Philippines as my reference point, reflecting on our similarities, differences, and connections with various parts of the world.

It took me much longer in the past, but nowadays, it takes me three to four hours to write a column. My deadline is Thursday afternoon; sometimes, I’m already ready by Monday, but sometimes I have to email our opinion staff on Thursday noontime to assure that I’ll be able to make it. When I am embarking on a long trip or a mountaineering expedition, I would prepare pieces ahead of time.

As expected, some of my pieces have provoked a lot of online hate, and someday, I will write about the legal harassment I have faced in the course of writing against acts of authoritarianism. On a few occasions, I received feelers hinting at rewards should I endorse certain positions, but I have not entertained any of them—even as I was more than willing to take up important, albeit unpopular, causes like opposing mining and supporting inclusive mobility.

I have also made mistakes along the way. Even today, I remain haunted by my failure to recognize Mr. Duterte for who he is in the early days of his presidency, in which I offered cautious optimism in this space— even as I was among the first columnists to criticize the drug war. And I cringe at the lack of nuance of my earlier pieces (e.g., calling for “voter education” in 2019)—and at my failure to include pandemics among the “public health challenges of 2020” that I wrote in December 2019. To my readers who see through all these flaws, all I can say is that I constantly strive to be better.

For an Inquirer columnist, five years is a relatively short stint; Randy David has been here since 1995; Michael Tan since 1997. What has allowed me to persevere—aside from those heartening emails from readers—is the support of my mentors, colleagues, friends, and my own family, especially my parents and my late beloved Lola Rosing who even cut out my columns and collected them in an album. I also want to pay special tribute to the team in the Opinion section, especially Chato Garcellano and Gibbs Cadiz—my past two opinion editors—who in their distinctive ways gave me confidence and strength to keep writing, and even today have become my dear friends.

For all that the paper has been through, I still believe in the Philippine Daily Inquirer, its legacy, and the vital journalism it can continue to offer our nation in an increasingly digital age. This is a paper that has exposed so many inconvenient truths in our government and served as a platform for many courageous voices; my wish is that it will remain faithful to its motto of “balanced news, fearless views” for many years to come.

And so with these reflections, I end by rededicating this space to the values I articulated in my inaugural piece; the same values that I hope will define not just this column but my whole life:

For art, for truth, and for social justice.