Russian star conductor on the dock 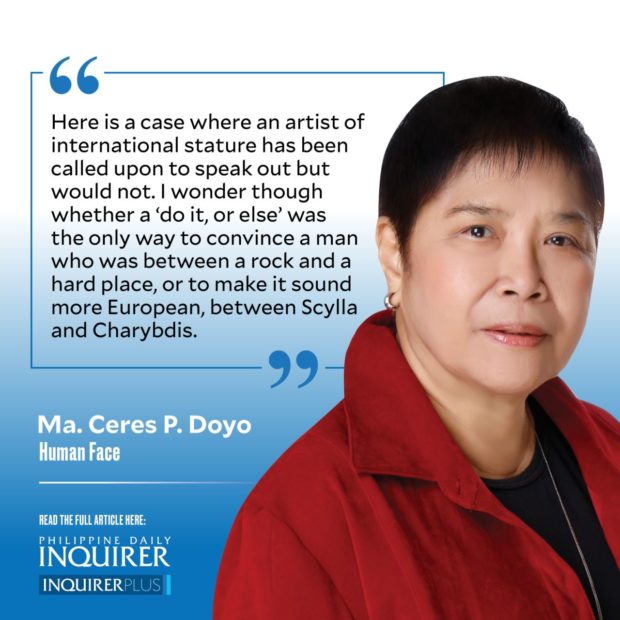 A famous orchestra conductor who was a familiar face on the Mezzo channel on cable TV is Russia’s star conductor Valery Gergiev who was a mainstay in the Mariinsky Theater in St. Petersburg. I’ve gotten familiar with his unruly, thinning hair and sweaty forehead, his quivering fingers, and his “baton” which was the size of a toothpick.

Gergiev, I learned recently, is a close ally of Russian despot Vladimir Putin who is insanely raining bombs on neighboring Ukraine. But I am getting ahead of the story. Indulge me a bit.

The Mezzo channel is a French TV channel devoted to classical music, opera, ballet, jazz, and world music. Its sister channel Mezzo Live HD is on channel 252 on cable TV. Here you can have a surfeit of the concerts held in Europe’s fabulous, jaw-dropping concert halls.

I can take only so many long operas in a week, their awesome state-of-the-art sets and display of lung power notwithstanding, but give me symphonies, piano and violin concertos any time with conductors, each dashing in his own way, flailing away, the likes of Zubin Mehta, Kent Nagano, Daniel Barenboim, Sir Simon Rattle, and the Venezuelan enfant terrible Gustavo Dudamel, to name a few. (Alas, still very few women conductors.) And there are the seasoned violinists and pianists, among them the famous Martha Argerich, and a host of young prodigies.

But thanks to YouTube, one can have playbacks of these and many concerts held even decades ago. I must confess to playing over and over Wagner’s “Liebestod” with Rattle conducting the Berlin Philharmonic until I had enough of it in my subconscious. I had always wondered if Gergiev had conducted it on Mezzo and whether I’d be mesmerized and blown away by his style and the sound of his version.

For the likes of me who had no inkling about Gergiev’s links other than to music, learning about the hard choices he faced was unsettling. Gergiev was on the dock, so to speak, because of his closeness to Putin.

A Feb. 27 news report from The Guardian: “Russia’s star conductor, Valery Gergiev, has been dropped by his management over his close ties to Vladimir Putin as he faces a looming deadline to publicly denounce the Russian president or lose yet another role in his rapidly crumbling career.

“The 68-year-old Russian, an old friend and supporter of Putin, has faced increasing pressure to speak out against Russia’s invasion of Ukraine over the last week. He has been removed from performances around the world and faces more professional punishment if he does not condemn Putin’s aggression in the next 24 hours…

“The move by Gergiev’s management comes just before a Monday deadline imposed by the mayor of Munich, Dieter Reiter, on Gergiev to publicly denounce the invasion. If Gergiev does not comply, Reiter said he would be fired as chief conductor of the Munich Philharmonic.

“At a performance of Tchaikovsky’s opera ‘The Queen of Spades’ in La Scala last Wednesday, Gergiev was ‘lightly booed,’ Italian press reported.”

Gergiev’s own manager, Marcus Felsner, said he would be dropping the man he called “the greatest conductor alive and an extraordinary human being with a profound sense of decency” but who “will not, or cannot, publicly end his long-expressed support for a regime that has come to commit such crimes.”

Felsner added: “In the light of the criminal war waged by the Russian regime against the democratic and independent nation of Ukraine, and against the European open society as a whole, it has become impossible for us, and clearly unwelcome, to defend the interests of Maestro Gergiev.” It was, Felsner said, “the saddest day of my professional life.”

I waited a while to write about Gergiev, hoping he might say what needed to be said but so far he has not given in to pressure. I read somewhere that his engagements in Carnegie Hall have been canceled.

Here is a case where an artist of international stature has been called upon to speak out but would not. I wonder though whether a “do it, or else” was the only way to convince a man who was between a rock and a hard place, or to make it sound more European, between Scylla and Charybdis.

Trivia: Two famous musicians who were Ukraine-born are composer, conductor, and pianist Sergei Prokofiev and “titan of the piano” Vladimir Horowitz.

Read Next
A student-teacher’s handbook
EDITORS' PICK
Pagasa: Warm, sunny Sunday in most parts of PH
vivo’s coming to town to grant wishes with more holiday promos
Is it safe to talk politics again at family gatherings? ‘The Reconciliation Dinner’ shows us what that’s like
House energy committee chair Arroyo bats for cheap electricity
The Best Tech Gifts For The 2022 Holidays
EDITORIAL: To a bike-friendly future
MOST READ
LOOK: Vhong Navarro transferred to BJMP detention facility in Taguig
The Elephant Man in the Senate
Posh village as ‘shabu’ haven
LOOK: Zanjoe Marudo bonds with Ria Atayde, her family
Don't miss out on the latest news and information.