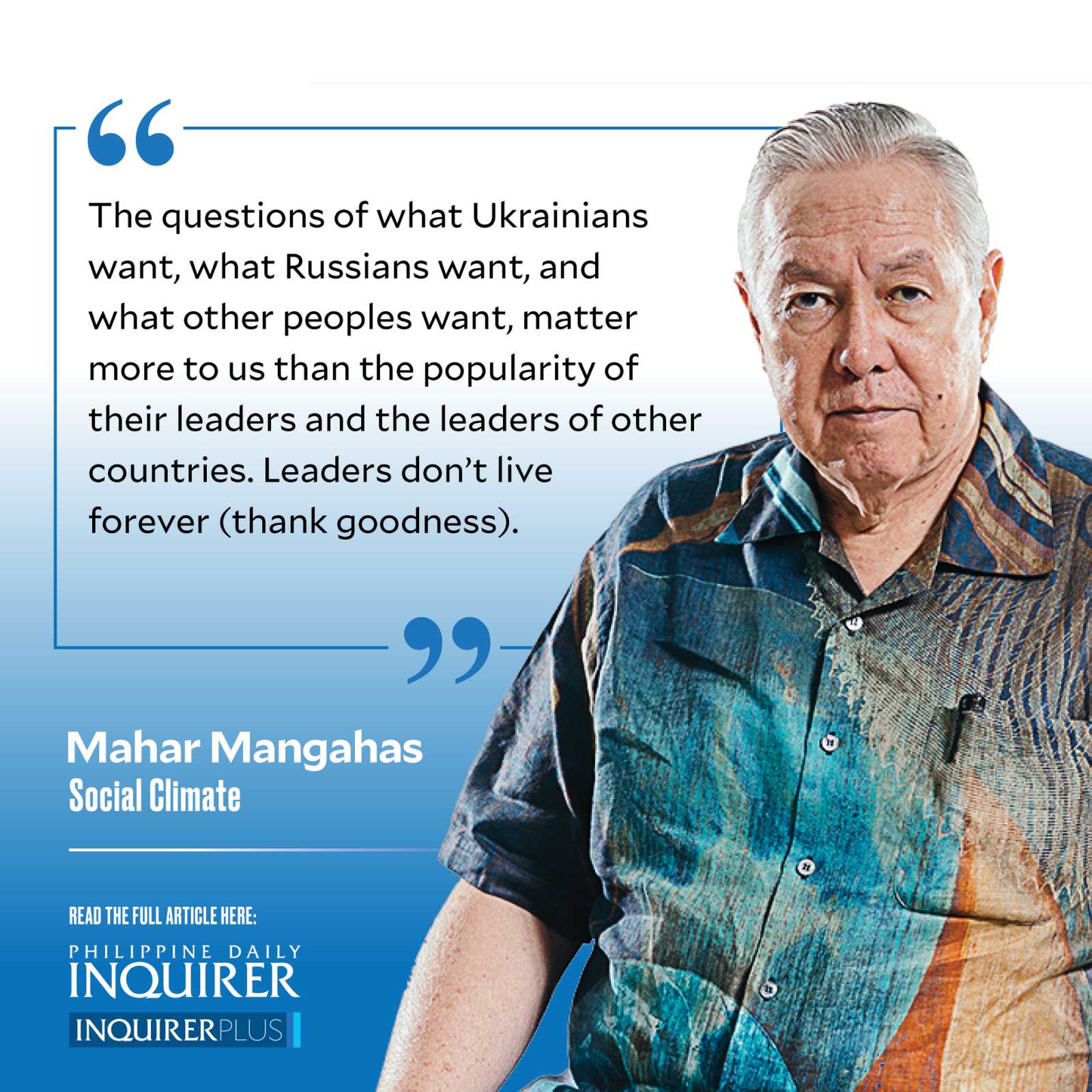 The Feb. 24 invasion of Ukraine by Russia has alarmed opinion researchers worldwide. We pollsters are a peaceful folk, seeking to resolve quarrels by enhancing mutual understanding of peoples. The questions of what Ukrainians want, what Russians want, and what other peoples want, matter more to us than the popularity of their leaders and the leaders of other countries. Leaders don’t live forever (thank goodness).

To monitor the polls about Ukraine (abbreviated UA), the World Association for Public Opinion Research has the link: https://wapor.org/resources/ukrainian-public-opinion-2022/. My summary below is in reverse chronological order. The pollsters are all nongovernmental institutes. The respondents in all the polls are adults, 18+ years old. The polls are nationwide, but exclude areas “temporarily occupied” by Russia, i.e., Crimea, Donetsk, and Luhansk.

Reported on 3/1/2022. The sociological group “Rating” (ratinggroup.ua) posted the report “Ukraine at war,” based on 1,200 respondents (interview dates not stated). The report states that 88 percent of Ukrainians believe that UA will be able to repel Russia’s attack and that the number increases daily.

Reported on 2/22/2022. The Ilko Kucheriv Democratic Initiatives Foundation (dif.org.ua), in collaboration with the Center for Political Sociology, issued the report, “No to Russia’s aggression: the public opinion of Ukrainians in February 2022.”

The DIF poll, done on Feb. 1-12, 2022 on a sample of 2,001, found that 61 percent blame the Russian leadership for the threat of war. Forty-four percent of Russian-speaking Ukrainians say Russia is primarily responsible for the tensions—contradicting the Russian narrative of invading in order to protect Russian-speakers.

In case of invasion, 8 percent say they are ready to defend UA in the armed forces, 14 percent are ready to join the volunteer forces, and 25 percent will provide as much nonmilitary assistance as they can—totaling 48 percent or almost half of Ukrainians. Eighteen percent would only try to survive; 3 percent would go abroad; 14 percent did not expect invasion.

Reported on 2/15/2022. The Kyiv International Institute of Sociology (www.kiis.com.ua) issued the report, “Readiness to resist Russian interventionists grows in Ukraine: results of a telephone survey conducted on February 5-13, 2022.” It draws from a KIIS omnibus survey of 2,004. (An “omnibus” is a carrier for diverse topics, thereby sharing the cost and becoming more affordable; the organizer is responsible for nonsponsored items.)

KIIS asked: In case of armed intervention by Russia in your city or village, what action would you take? Result: 58 percent will resist—37 percent by armed resistance, 25 percent by civil resistance like marches, boycotts, strikes, civil disobedience—the total exceeding 58 since some will do both types of resistance. The 37 percent going for armed resistance is the average of men, 60 percent, and women, 18 percent.

The poll, fielded on Nov. 6-15, 2021, by the Rating group on behalf of CISR and IRI (www.iri.org), took a sample of 2,400. It was sponsored by USAID—it is common for US agencies or foundations to support opinion polls abroad.

The survey showed majority Ukrainian support for accession to NATO and the European Union. If they could join only one, either NATO or EU, then 58 percent chose EU. If there would be a referendum to join NATO, 54 percent would vote Yes.

What about the Russian people? I have yet to see any Russian opinion poll about the new war in Ukraine. I would trust research by the Levada Analytical Center (www.levada.ru), SWS’ longtime counterpart in the International Social Survey Program (issp.org). Ukraine has never been in ISSP, incidentally, unlike Estonia, Georgia, Latvia, Lithuania, and Russia.

But that was three years ago. How far can Mr. Putin go now without the full consent of the Russian people?