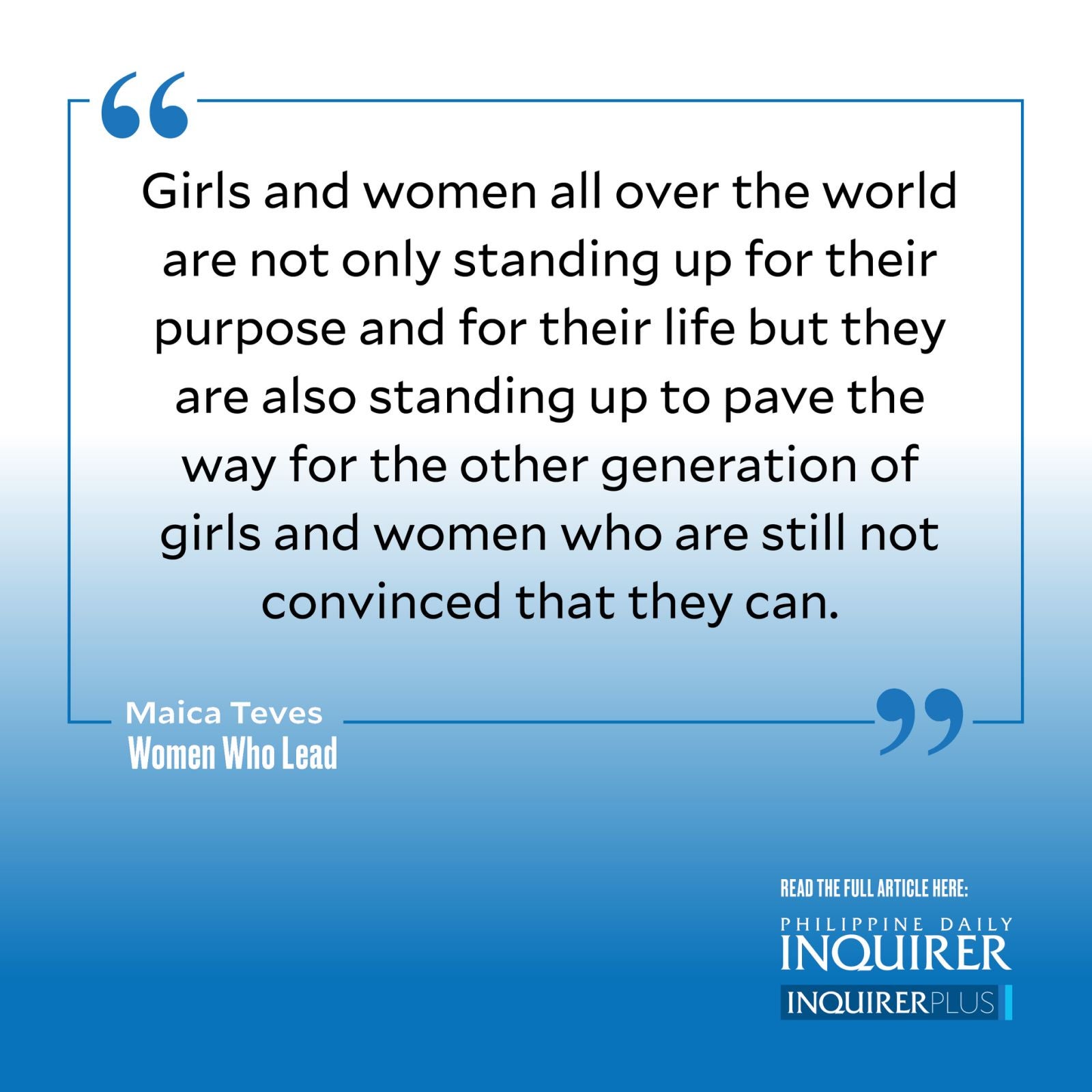 This month, we celebrate International Women’s Day. As the entire world celebrates with the theme #BreakTheBias, we join in dreaming of and fighting to achieve a gender equal world that is free of bias, stereotypes, and discrimination.

But allow me to step back and share what it’s actually like for girls—behind the façade, behind all the women empowerment campaigns and slogans:

Whether a girl sets herself to build something—her name, a family, a business empire, a life—it is always an uphill battle. She finds challenges every step of the way. The road is always narrow and difficult. Often, she is alone wandering and wondering whether the path she chooses is the right one. The naysayers, the doubters, the controllers that surround her are enough for her to stop dreaming and climbing the ladder.

I, like hundreds and thousands of women, have been on that path of uncertainty. I believe that this path always comes out of nowhere, like a forked road. It surprises you and presents itself to challenge how much you believe in yourself. Imagine if this road gives you a way out, a map posted on the sign: surrender. This signage asks you to let the people surrounding you decide for you. Without resistance, there is no need for struggle. Imagine if this were the case, that your life purpose is dependent on others and not yours. Would you feel fulfilled? Would you be that kind of person you wanted to be?

Imagine if Rosa Parks, “The Mother of the Freedom Movement,” gave up her seat on the bus to a white man? Imagine if Hedy Lamarr, dubbed as “The Most Beautiful Woman in Film,” did not develop a new method of “frequency hopping” that paved the way to Bluetooth and Wi-Fi technology? Imagine if Katherine Johnson, one of the first Afro-American scientists in Nasa, did not become a mathematician who manually calculated the precise trajectories that would let Apollo 11 land on the moon.

Because of the women who came before us, we have role models and icons and leaders whose accomplishments we can aspire for. We have Marie Curie, the first woman to win a Nobel Prize and the first one to win it twice, and our very own Fe del Mundo, who was the first Asian woman to be admitted into Harvard Medical School. All these women broke barriers. All these women made their name. All of them went through an arduous journey not only because of their chosen fields but because they were women.

During their time, and they come from different milieus and eras, the first thing that they needed to break was patriarchy coupled with sexism and/or racism. It was not enough that they had a dream and were smart, they had to prove that their gender would not hinder their way to success.

Centuries later, we still need to shatter that illusion that men are better than women and that men should be the standard to aspire for.

Girls and women all over the world are not only standing up for their purpose and for their life but they are also standing up to pave the way for the other generation of girls and women who are still not convinced that they can. We owe it to our girls to continue to achieve the gains of the women before us. We must remain relentless, we must continue to shake things up, and challenge the status quo and every shape and form of inequality where it exists.

Women Who Lead is an initiative of PhilWEN.