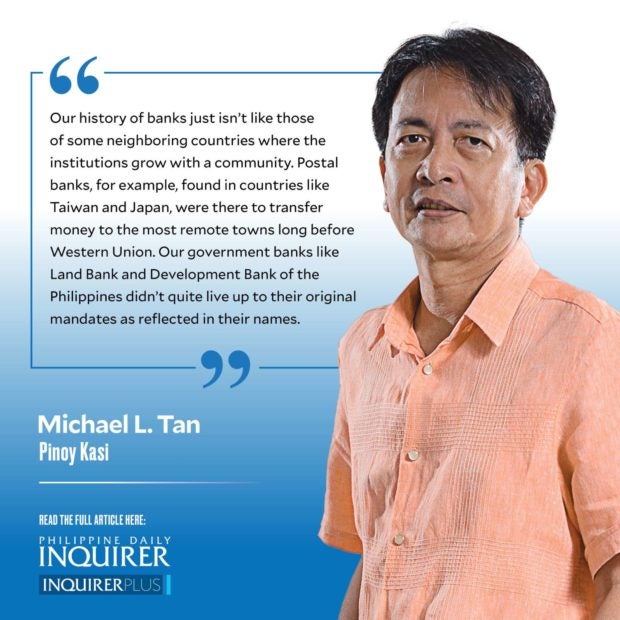 I received a hilarious TikTok from someone playing out a scene between a Chinese man and his niece, who was probably around five years old.

The uncle pats his pockets and shrugs his shoulders, his way of saying he didn’t bring money.

Undeterred, the smart tyke unzips her jacket to show a T-shirt with a QR code, meaning, “You can send my angpao to me online.”The uncle is determined to get out of the bind, bringing out his cellphone and apologizing the phone’s dead.

Little girl responds by bringing out a charger.

Uncle apologizes again and says he has no money in his app.

A final try, the niece fishes out a small gadget and hands it over to uncle. He gives up and brings out his credit card to swipe on his niece’s machine.

I’ve seen fintech (financial technology) becoming so much a part of the Chinese way of life. Even hole-in-the-wall restaurants and wet markets will accept online payments, as do vending machines. Fintech has become child’s play.

Digital technology isn’t exactly new. During one trip to China about five years ago, I was with a Chinese professor when we visited her alma mater. She still had her student ID from about 10 years back and she and I were pleasantly surprised to find it was still working — she could load it with cash and pay for purchases in the university’s cafeteria and bookstore. The ID was a simple RFID card.

In stark contrast, look at our RFID system for tollways on SLEx, NLEx, and other tollways. The machines often malfunction, requiring human intervention.

Another case in point. Last week, I didn’t have a driver for two days because he was enrolling his son in a private college that, ironically, is supposed to specialize in information technology. Lines were long and payments were still made with cash. I felt proud that UP, the Diliman campus, is no longer “University of Pila”—we got rid of the lines during my chancellorship simply by going online with registration and, to some extent, payments.

The limitations on payments point to a weak link for digitalization: the banking system.

Moreover, reflecting the inequities in the country, it’s the poor who loses more with our slow development of fintech. Remittances, including allowances and angpao gifts, are now so simple to do if you have GCash or PayMaya. But the majority of the population still can’t use these systems because they don’t have bank accounts. They could cash in and cash out through convenience stores but pay a service fee. More often, they go to the usual money remittance centers like Western Union, Palawan, or Lhuillier, which charge stiff service fees.

I’m realizing, too, that the reluctance to use banks is tied to the image of banks as unfriendly and inhospitable if you’re not rich. Spend some time in a bank and watch how tellers and bank personnel treat ordinary mortals. Opening an account becomes an ordeal with all the paperwork and inhospitable staff. A loan? Forget it.

Our history of banks just isn’t like those of some neighboring countries where the institutions grow with a community. Postal banks, for example, found in countries like Taiwan and Japan, were there to transfer money to the most remote towns long before Western Union. Our government banks like Landbank and Development Bank of the Philippines didn’t quite live up to their original mandates as reflected in their names.

I thought about all this reading the latest exposé, by an international consortium of media outlets, on Credit Suisse, a huge Swiss bank, and its role in allowing laundering of funds earned illicitly.

Not surprisingly, The Guardian’s timeline of Credit Suisse’s more scandalous dealings — aptly entitled “Crooks, kleptocrats and crises,” starts off with the Marcoses, including a photo of Ferdinand and Imelda Marcos and their little son.

Children should grow up with banks, but the Marcos family photo in The Guardian wasn’t quite what I had in mind, sadly reflecting banks as partners of the rich and famous if not partners in crime.