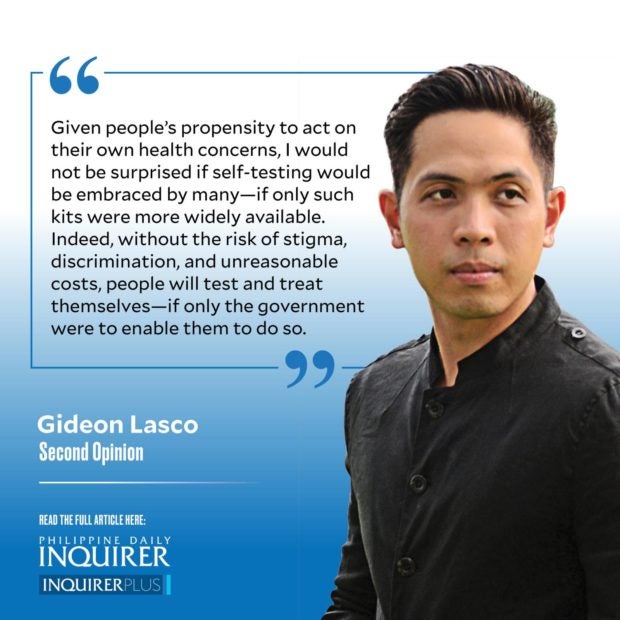 We are witnessing the continued unfolding of a pandemic like never before, with today’s technologies allowing not just the identification of the virus but the tracking of its genetic mutations and consequent variations—not to mention real-time epidemiological data (albeit incomplete and imperfect) from the barangay to the global level.

Even the ability to diagnose the virus through RT-PCR or antigen tests and develop, distribute, and administer COVID-19 vaccines to billions are technological breakthroughs that are unprecedented in their speed and scale.

In contrast, during the 1918-1919 flu pandemic, people only relied on their symptoms; by its very definition, asymptomatic cases were impossible to detect.

This reminds me a bit of family history that my uncle Lorenz thankfully managed to document: When my great-great-grandfather Silvestre Diaz, who worked as a mounted policeman in San Pablo City, died of what was likely the flu in 1918, the skin manifestations must have led our great-grandfather Miguel to refer to it as bulutong.

We need not go that far back: As late as the SARS outbreak in 2003, the diagnosis was clinical, necessitating a panel of experts, because back then, RT-PCR was such a prohibitively-expensive procedure.

We are seeing this during the ongoing Omicron surge in the Philippines, with people quickly diagnosing themselves as having “trangkaso.” Indeed, the symptoms of Omicron—cough, colds, sore throat, fever, headache—are basically the same symptoms of trangkaso, which is to be expected because trangkaso itself is a generic term for flu and flu-like, mostly viral illnesses.

Interestingly but unsurprisingly, past viral outbreaks were also referred to by Filipinos (alongside people in other former or present Hispanophone countries) as trangkaso or trancazo. The root word is tranca, meaning bar or a rod; trancazo thus evokes the feeling of being beaten by one.

What’s interesting is that Omicron’s legibility as trangkaso—a familiar illness—meant that people feel empowered to act on it by themselves, and we are seeing long-standing practices, like taking paracetamol, vitamin C, or even antibiotics like amoxicillin and, more recently, azithromycin (kudos to “medical influencers” like Arshie Larga—@Arshiethromycin—for warning against these in social media). Aside from taking medicines, these practices also include drinking kalamansi and pineapple juice; salabat, or even (as my grandfather Basilio believes), just plain hot water; people often embrace these products and practices based on what is hiyang for them (see Hardon, 1992; Tan, 1999).

Such perceived familiarity can contribute to people’s decisions not to get tested, thinking that they already know what illness they have, especially on top of knowing the cost and implications (sometimes bizarre, often inconvenient) of testing positive in the Philippines. People are also likely to do their own “contact tracing” on the basis of who got the symptoms first within one’s close relations; even without biomedical guidance, people understand trangkaso to be nakakahawa (i.e., contagious).

People’s self-care practices can diverge from medical advice, but it can also align or even borrow from it. Aside from the healthy diet and high fluid intake that people resort to when faced with trangkaso, this might be the moment when mask-wearing becomes part of people’s default responses not just for COVID as we know it, but for trangkaso in general and even cough and colds—in the same way that 20th-century epidemics habituated the Japanese to mask-wearing.

Given people’s propensity to act on their own health concerns, I would not be surprised if self-testing would be embraced by many—if only such kits were more widely available. If there’s one thing we can learn about medical anthropology, it is that people do not just want to get cured, they also want to understand what’s going on in their bodies.

Indeed, without the risk of stigma, discrimination, and unreasonable costs, people will test and treat themselves—if only the government were to enable them to do so.