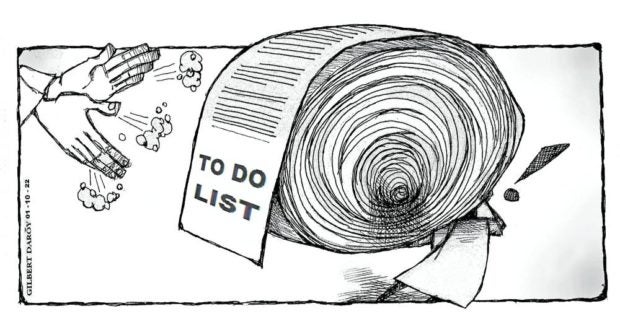 Mayors and governors will have the gargantuan task this year of implementing programs and projects that otherwise should be undertaken by agencies of the national government, raising concerns on the spending capability of local government units (LGUs) at a time when the country needs to resuscitate a pandemic-battered economy and address the worsening poverty.

This followed the decision of the Supreme Court in 2018 granting the petitions of Batangas Gov. Hermilando Mandanas and the late former Bataan Gov. Enrique Garcia Jr. that the LGUs’ internal revenue allotment or IRA (which is now called the national tax allotment or NTA) should come from 40 percent of “all” national taxes—not only from the Bureau of Internal Revenue, but also from the Bureau of Customs’ collections of import duties and other taxes. The result is that starting this year, LGUs will be getting a record P959.04 billion of the 2022 budget through their NTA. In 2021, this amounted to only P695.49 billion.

Faced with a smaller share of the overall tax revenues, President Duterte signed Executive Order No. 138 in early June 2021 stipulating that the national government will “devolve” or transfer to LGUs the implementation of formerly national government functions. It cited Section 17 of the Local Government Code of 1991 allowing the devolution to LGUs of local infrastructure (for education, irrigation, and trade), agriculture and natural resource management, environmental services, revenue mobilization, telecommunications, peace and order, employment facilitation, social welfare, transportation, tourism, and housing services functions. National agencies implemented the majority of projects in these sectors prior to this year despite the 1991 law.

The World Bank had warned in June last year that LGUs may not be well-equipped to implement such big-ticket projects and are at risk of failing to spend as much as P155 billion, or more than half of their additional IRA this year. The multilateral lender’s Philippine economist Kevin Cruz said LGUs at present already faced difficulties implementing big budgets, especially complex capital-outlay investments that needed more time to prepare and expertise to roll out. Ideally, he noted that the larger LGU budgets should go a long way as provinces, cities, and municipalities play a crucial role in the front lines of the COVID-19 response. But in reality, he warned, this may pose a problem given LGUs’ difficulty in spending budgets due to procurement bottlenecks, lack of competency, and human resources, among other challenges. Finance Secretary Carlos Dominguez III has also raised concern about the ability of LGUs to handle the increased budgets, saying the national government spends more than twice as efficiently as its local counterparts.

A lack of preparation on the part of LGUs may lead to a pernicious possibility: the bigger budgets just end up getting wasted on election spending, instead of essential programs and projects needed to help the country survive the lingering pandemic. Or for a big chunk of the money to remain unspent. As the World Bank’s Cruz pointed out: “In the midst of the country’s worst socioeconomic and health crises, unspent budgets are wasted opportunities to bring crucial services to communities that need them the most,” especially given the critical task of funding social services, health facilities, and COVID-19 vaccines this year.