‘Driving away a world-class athlete’ 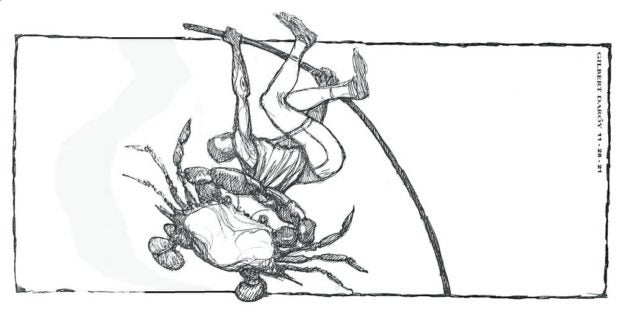 Ernest John Obiena provided a glimpse of his character during the Tokyo Olympics, when, in the middle of the world’s best organized sporting event and amid the finest pole jumpers perhaps in history, he respectfully challenged a ruling that would have deprived him of ending his stint in the Games on his own terms.

He won that protest, and in doing so, hammered at the stereotype of the Filipino as someone who accepts his fate, regardless of whether he/she is right or wrong.

So it was not a surprise that he came out firing in an online conference to deliver a counterpunch to what he claims were slanderous accusations of “embezzlement” and “theft” leveled at him by his national federation, the Philippine Athletics Track and Field Association (Patafa).

He spoke of feeling “unwanted” by his association and broached the idea of retiring from a sport where he is just beginning his ascent. As of Nov. 23, Obiena is No. 6 in the world in pole vaulting, the only Asian to crack the top 10.

Public sympathy was immediately on his side. Here, after all, is a star athlete working his butt off in a faraway country (Obiena is training in Europe), all alone and without family, for the sole purpose of bringing honor and glory to the Philippines, only to be antagonized by his association back home.

“The only thing we truly own in life is our reputation. I will fiercely defend mine from baseless allegations, which expose the political underbelly of some in the world of sports,’’ Obiena declared.

Based on copies of Patafa memos obtained by the Inquirer, the association’s main accusation is that Obiena “falsified” his liquidation reports and allegedly failed to indicate that he had not paid his coach, legendary star maker Vitaly Petrov, his salary since 2018, the year the Ukrainian pole vault master took the University of Santo Tomas standout under his wing.

Under fire from Obiena, the Patafa defended itself by reasoning that the money under question consisted of government funds that required strict accounting by those who received them, with legal penalties for inaccurate liquidation reports.

While Obiena admitted he was behind in payments in some instances, an Inquirer report showed he paid Petrov in three tranches on Nov. 4, 5, and 9. For some reason, the Patafa memo-ed Obiena more than a week after the athlete had already paid Petrov, which meant those letters would have already been moot.

The Philippine Olympic Committee, out of concern for a celebrated national athlete it is projecting to achieve a podium finish at the 2024 Paris Olympics, has launched its own probe into the matter. The Philippine Sports Commission, meanwhile, saw its budget recalled by the Senate over its perceived passive stance on the controversy, though it has transmitted mediation papers to both parties.

There is no reason for this mess to drag out into a protracted war of words, with adverse consequences on Obiena’s welfare and standing as a top athlete. The simple solution is for Patafa to produce the documents proving that Obiena had indeed filed false liquidation reports.

But Obiena insists he filed no such papers. And if that is true — Petrov has already come out with a statement debunking the Patafa claim, saying that Obiena has paid him in full — then clearly the federation will have to account for why it appears to have proceeded with gross recklessness in this case, with utter disregard for the well-being of a national athlete who claims he has repeatedly asked for help with the bureaucratic requirements of his training but without success, and is now being unfairly targeted for unintentional delays in paperwork.

If this does turn out to be a matter of rote paperwork, how hard is it for the Patafa to sort things out? Obiena and others like him already endure a gauntlet of institutional inadequacies while they are under intense training; undue bureaucratic impositions may be further aggravating the burden on athletes intent only on doing their best for the country. In the end, they may decide the complications simply aren’t worth it, and walk away — the way chess grandmaster Wesley So did, to the country’s shame.

Already, James Lafferty, another of Obiena’s mentors, has warned that other countries are ready to snap up the disillusioned athlete.

“It’s no secret that a number of countries are looking at this situation and laughing [at] how the Philippines is driving away a world-class athlete that they can offer a passport to,” he said in a TV interview. “Long before this happened, there was already a line of people at his door to offer him a passport.”

Obiena is not the first Filipino athlete to complain of shabby treatment by the country’s sports bodies. The onus is on the government functionaries to resolve their toxic case against him soonest.

Read Next
Charisma and Rodrigo Duterte
EDITORS' PICK
Gear up and get ready to play with Yamaha Mio Gear
Acer starts the year off strong with the Aspire Vero National Geographic Edition
Over 3 Million worth of prizes to be won at Smart Padala’s SENDali Manalo Promo!
Marcos-era elections: Not what his son signed up for
If elected VP, Sara Duterte will push for mandatory military service for all Filipinos
Senate bill seeks to penalize employers requiring employees to work during rest hours
MOST READ
‘Sampal sa gobyerno:’ Drilon wants unvaxxed PAO chief barred from working
Vice mayor slams Vico Sotto for turning Pasig into a ‘puro palabas’ city
Bongbong-Sara tandem names 7 candidates in initial senatorial slate
Jose Manalo’s son Benj pays tribute to late mother: ‘You’re a testimony of God’s love’
Don't miss out on the latest news and information.