Changing our mindset for the 2022 elections 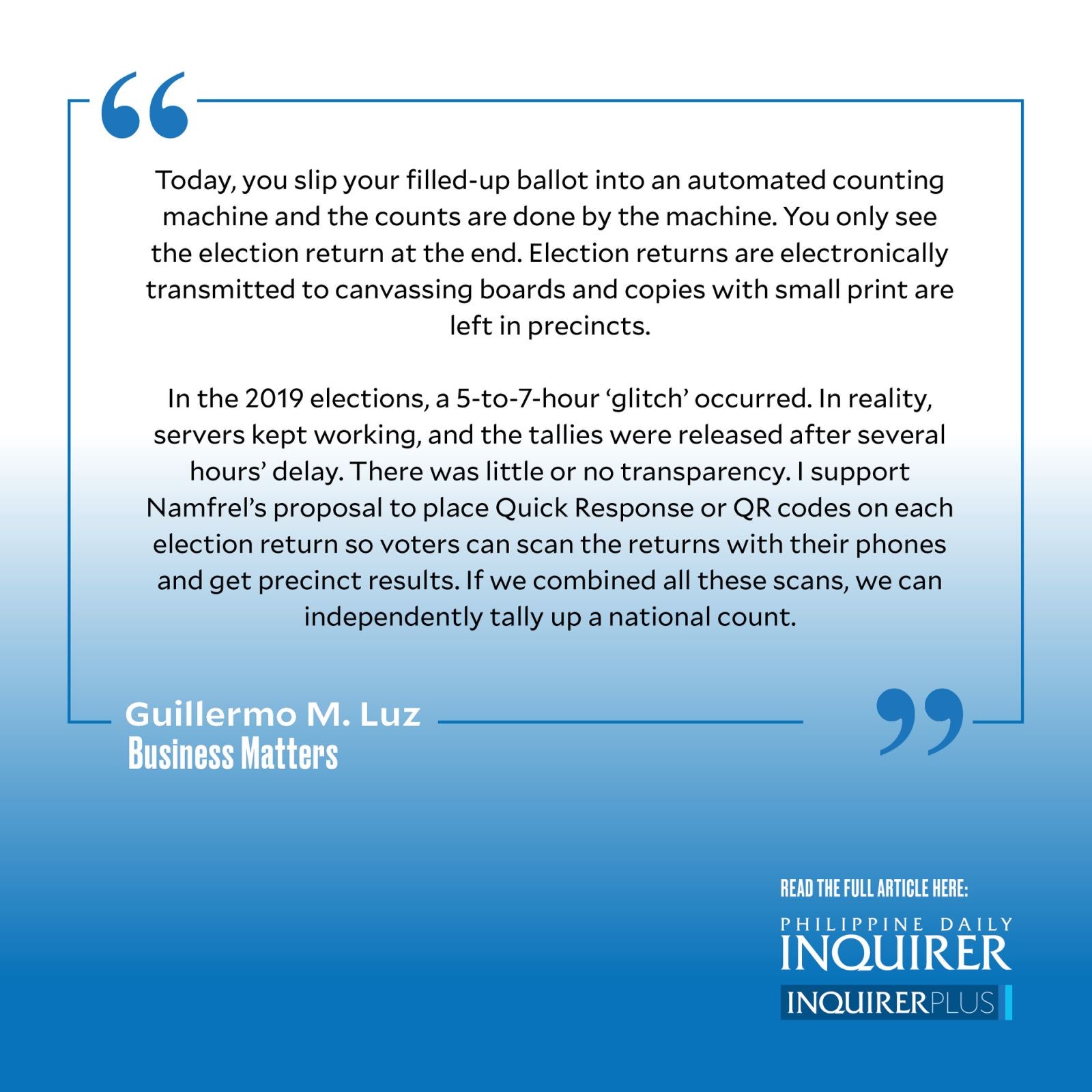 Now that the circus of substitution and musical chairs for the May 2022 elections has ended, it’s time to focus on some more serious matters. Substitution was originally intended to accommodate last-minute changes in case of death, illness, or incapacitation of a candidate. But today, it has deteriorated to just another method of jockeying and for political horse-trading, which doesn’t serve the public interest. It’s time for this provision of the election code to be amended and repealed.

Winnability. In the run-up to the elections, a common question or comment that pops up is a person’s “winnability.” When you ask what “winnability” means, most people don’t raise the matter of qualifications, competence, or experience of a candidate. Instead, they will cite what surveys say about a candidate’s popularity (measured in terms of who a respondent would vote for “if elections were held tomorrow”).

People make a candidate winnable. If you simply follow what surveys say, you’ll just create a self-fulfilling prophecy. You’re reinforcing the trend. You’re also overlooking the factor of social desirability bias, a climate of fear, and herd behavior, which research has shown to be skewing some survey results away from true public sentiment.

The fallacy of the “lesser evil” vote. Another common argument is that people opt to vote for the “lesser evil.” The basic assumption is that all candidates are evil. That is clearly not the case. Some are good and clearly better than others. Some are plain evil. And some are not so well-known. It’s the voters’ job to do the research so we can bring the best people to office.

The “wasted” vote. Yet another common argument is that the candidate one wants to vote for will lose; thus, the vote is a “wasted vote.” So you end up voting for someone else and unwittingly helping that candidate while your real choice loses. Voters make candidates “winnable” only when they actually vote for them.

The real “wasted vote” is the one where you went against your real choice or you boycotted or abstained. Elections are all about math. Abstentions and boycotts lower the threshold of winning for the candidates you don’t like to win.

We are in search of a CEO. The reality is that the election is a form of selecting a chief executive officer (CEO) for this country, to run this enterprise of 112 million with a GDP of about $380 billion. We are looking for a CEO to run the Philippines for the next six years, but whose decisions—good or bad—will have impact beyond those six years.

Seen from that perspective, we need to ask ourselves: How much more care do we exercise in selecting leaders for our own organizations? What are we really looking for in our leaders? Competence? Track record? Integrity? Values? Whatever it is, we need to discuss this with as many voters as possible.

Today, you slip your filled-up ballot into an automated counting machine and the counts are done by the machine. You only see the election return at the end. Election returns are electronically transmitted to canvassing boards and copies with small print are left in precincts.

In the 2019 elections, a 5-to-7-hour “glitch” occurred. In reality, servers kept working, and the tallies were released after several hours’ delay. There was little or no transparency.

I support Namfrel’s proposal to place Quick Response or QR codes on each election return so voters can scan the returns with their phones and get precinct results. If we combined all these scans, we can independently tally up a national count.

Guillermo M. Luz is a former secretary-general of Namfrel and served for five elections.