How much did we lose due to gov’t folly? | Inquirer Opinion
Close
menu
search

How much did we lose due to gov’t folly? 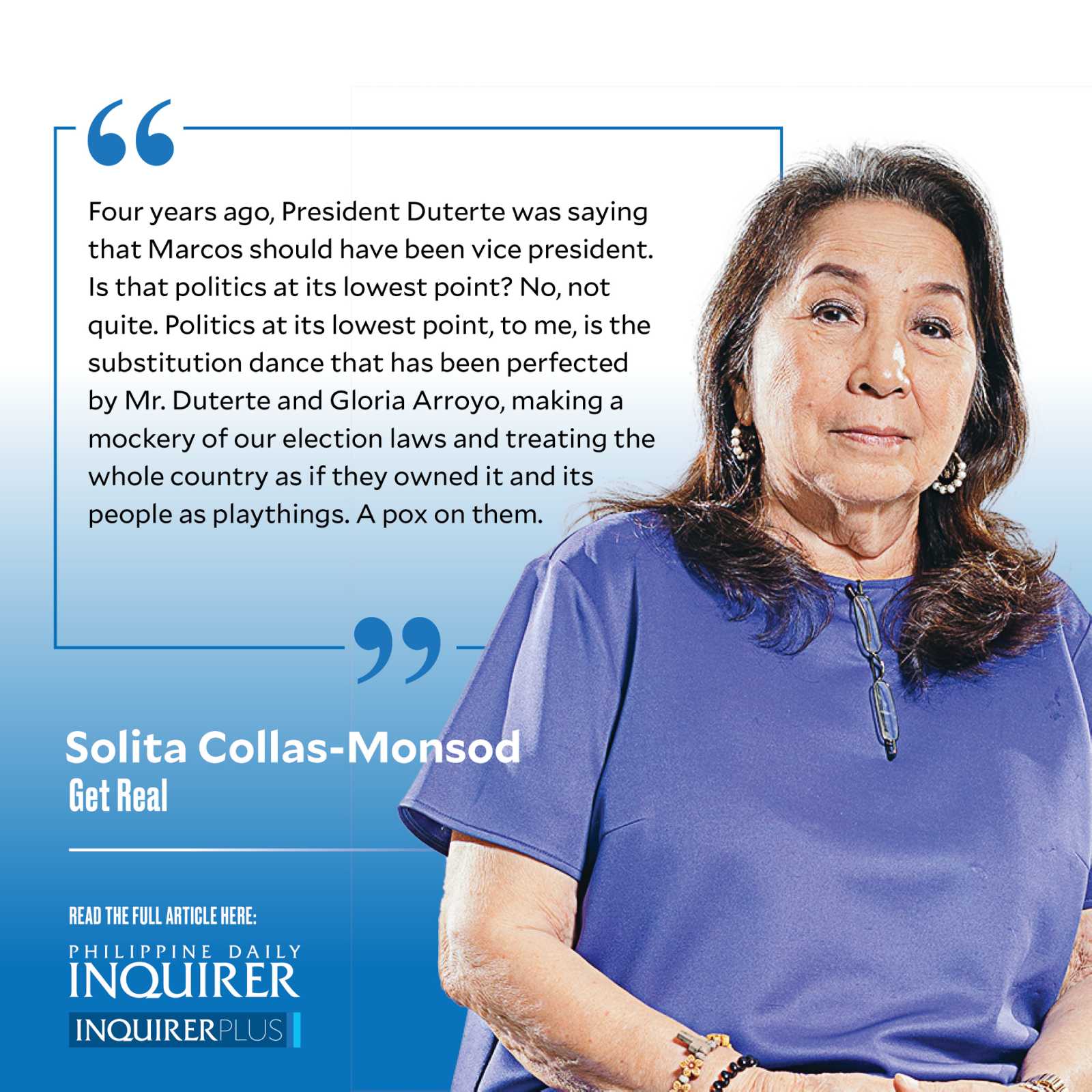 The National Economic and Development Authority (Neda) has estimated the country’s losses from COVID-19 at P4.3 trillion (nominal) for 2020 alone, composed of P3.9 trillion from consumption and investment losses, and P400 billion from human capital losses (education and health).

It has therefore implicitly assumed that there were no losses due to government mismanagement of the pandemic and/or government incompetence, cupidity (corruption), or stupidity. That is a supremely heroic assumption.

The Reader must remember statements from government leaders in 2020, such as “ By December (2020) we will be out of this,” or “the Philippines will show positive growth rates in 2020, because our economic fundamentals are strong,” and even “we are not closing our borders to the Chinese because they might get offended,” or words to those effects.

And yet, Reader, you know that as a country, in 2020 we were the worst performers in the Asean (and Asean-5) in terms of economic growth rates and in terms of managing the pandemic. In 2019, our growth of 6.1 percent was second only to Vietnam (7.0 percent). Malaysia, Indonesia, and Thailand were behind us, with Thailand the slowest grower at 2.3 percent. In 2020, we were at the very bottom, contracting by -9.5 percent compared to Thailand’s -6.1 percent, Malaysia’s -5.6 percent, and Indonesia’s -2.1 percent. Vietnam grew by 2.9 percent. In the first quarter of 2021, we were again the worst performer.

We must have been doing something wrong, right? Rather, not we, but the government. So is it possible to estimate the effect of government missteps on a country’s growth? Studies by Sachs and ADB show that it is. Contributors to differentials in countries’ per capita income growth, according to them, are initial conditions, natural resources and geography, demography, and government policy variables (including institutions). The major contributor is government, accounting for 70-79 percent of the differentials.

So let us now apply this to the present situation. The Philippines contracted by 9.5 percent. The rest of the Asean-5 contracted by an average of 2.9 percent. Our GDP in 2020 was P17.9 trillion, from P19.5 trillion in 2019. If we had contracted by the Asean-4 average, it would have been P18.8 trillion. So, we lost P1.3 trillion. Government’s contribution to that loss, if we apply the Sachs-ADB proportions, can be computed to be anywhere from P910 billion to P1 trillion. Think about that, Reader, as we head to the May 2022 elections to vote for our leaders.

Quick and dirty? Certainly. But Neda does quick and dirty, too. And at least we have explained why we lost so much compared to the other comparator countries in the Asean-5.

Moving from economics to politics (but you know from above that they are related), I read that the Commission on Elections has granted Bongbong Marcos five more days to answer the charge that his certificate of candidacy (COC) should be voided because he lied when he said that he had never been convicted of any crime. This is supposed to be due process. But there’s due process and due process. When it is a he-said-she-said situation, certainly everyone should be given a chance to defend himself.

But this is a he-said-the-Court-of-Appeals-said situation. The Court of Appeals had upheld the conviction (minus the jail sentence) of Bongbong Marcos by a Regional Trial Court. And Bongbong MUST HAVE KNOWN this was the case, because he went up to the Supreme Court to question it. He withdrew the case before the Supreme Court considered it, so the Court of Appeals case became final and executory. His conviction is a fact. When he said in his COC that he was never convicted, he was TELLING A LIE. IN A PUBLIC DOCUMENT. And he should bear the punishment.

And now we have President Duterte accusing a “presidential candidate” of being a cocaine user, of being a weak leader riding on his father’s coattails, and asking what contribution he has made to the Philippines. He did not say Bongbong’s name, it is true, but the description could not have fitted Ping Lacson, or Manny Pacquiao, or Bong Go, or Isko Moreno, or Leni Robredo. Four years ago, he was saying that Marcos should have been vice president. Is that politics at its lowest point? No, not quite. Politics at its lowest point, to me, is the substitution dance that has been perfected by Mr. Duterte and Gloria Arroyo, making a mockery of our election laws and treating the whole country as if they owned it and its people as playthings. A pox on them.