In a household of colors | Inquirer Opinion
Close
menu
search

In a household of colors 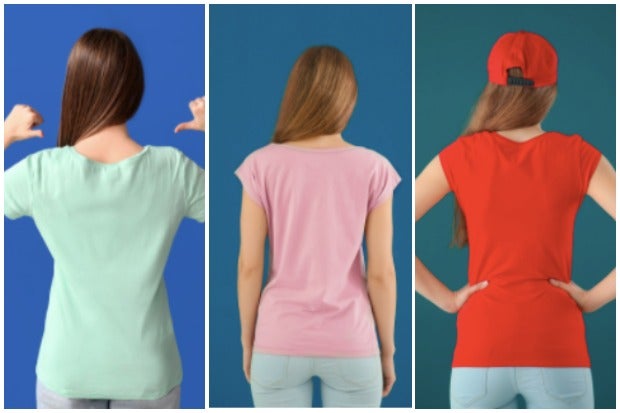 “Why do you like pink?” I remember asking my dad, without hesitation.

I was seven years old. I noticed that in almost every photo of us during an awarding ceremony, he would wear pink button-down oxfords or casual polo shirts bannering a brighter tone than the others. He would tell me that he likes pink and that the color suits his skin tone.

“Can I wear pink, too?” I asked after he explained why he loves to wear such light-colored shirts. His answer, “Of course you can. You can wear any color you want.”

Growing up, colors were simple. For a kid who was enjoying his formative years in elementary school, colors were simply colors. They did not have in themselves any hint or note of symbolism. For me, colors never represented nor hid any meaning beyond the colors themselves. Red was red. White was white. Blue was blue. They were simply a part of our daily lives which we would then choose for what to wear or what to use in certain events and activities.

However, in the long run, you learn that colors have in them certain meanings. There are fluid narratives that come with the wearing of colors, especially in the realm of politics.

After graduation, I was called up by a staff officer of a provincial governor. Apparently, a good friend shared an article of mine in Facebook which caught the attention of the said government official. In our conversation, he told me that the governor was in need of a writer. I told him I needed some time to think about the offer. He said he’ll give me a week.

Honestly, I already wanted to grab the opportunity. Never in my lifetime did I think that I’d be noticed by a high-ranking official of the province. Never in my lifetime have I thought that I would work for an office doing what I love to do best — never until I received the said phone call. Barring external factors, I would have said yes to the offer, in a heartbeat. However, I had to consider my options because of professional courtesy. Particularly because of my father.

My dad, during those times, was an adviser for the first district congressman. While there are no feuds between the two offices, everyone knows that his direct superior and the one offering me the job wore different political colors. There were even rumors that the congressman and the governor will have a battle for the gubernatorial post come 2016. I had to inquire from my dad whether or not it was OK for him — to be on the other side of the fence when it comes to political ideologies and platforms.

Six days into the call, my father informed me that he relayed our little dilemma to the congressman’s chief of staff. However, there was still no reply. My mother, being the mother that she is, told me that I should already accept the offer. She told me that careers are built not on loyalty but on merits. She told me that the opportunity could no longer knock a second time. My father then agreed and I eventually confirmed my acceptance of the offer.

Indeed, the same was one of the best decisions of my life. As a community affairs officer, I was able to write several articles pertaining to the local government. I even had the chance to host the provincial government’s official tele-radio program, with help from one of my closest colleagues. Apparently, the congressman I was talking about earlier did not file his candidacy for the gubernatorial post. My dad and I were relieved to know the same because we cannot imagine ourselves talking through different platforms and cheering for our respective bets in the process.

Half a year into my stint as an employee of the local government, banners and advertisements of certain politicians were posted in the province. We knew for a fact that the governor will endorse certain politicians. For the first time in my life, I was dealing with a personal problem as well in terms of political strategies. I was eligible to vote and I know that our family had different bets for the national and local posts.

During roundtable discussions after dinner, we would all discuss our options for the electoral positions. My dad would highlight certain platforms he believes could be considered by the majority of the community. My mom would speak of the news she heard before contemplating on who to support. My sisters would present certain credentials of politicians whom they believe could serve the country well. At the end of the day, we would ask ourselves —“Sino ang iboboto natin?”

However, unlike other families that are used to discussing political agenda and ending up with a uniform ballot, ours would take a turn and venture into another route. My dad, being the advocate of free speech that he is, would always say, “Kayo ang bahala sa iboboto n’yo. Basta nasa tama, doon kayo.” He’d then drink his cup of coffee before watching his favorite evening shows.

For the longest time, our household has been full of colors. However, what matters most is the fact that we be are able to discern what is right and helpful, not only for our family but for our community in general. But while we may have different political inclinations and opinions, we remain a family that prioritizes proper analysis of candidates.

And for the first time in years, we may banner one color come the fifth month of 2022.

“Do we have a lot of pink shirts and polos?” I asked my siblings and parents. They answered, “Yes, we do. A lot.”

Archiebald F. Capila holds a Juris Doctor title and is currently preparing for the Bar. He loves to read books, whether they be related to law or not. He writes essays, features, and other creative nonfiction pieces. Archie also enjoys watching movies. “I stick to Ret. Chief Justice Panganiban’s stand — that we must enforce liberty and prosperity rights in all our dealings,” he says.

Duterte accepts invite from Biden to participate in democracy summit

Bong Go: Duterte and I have no ties with those nailed in Pharmally mess