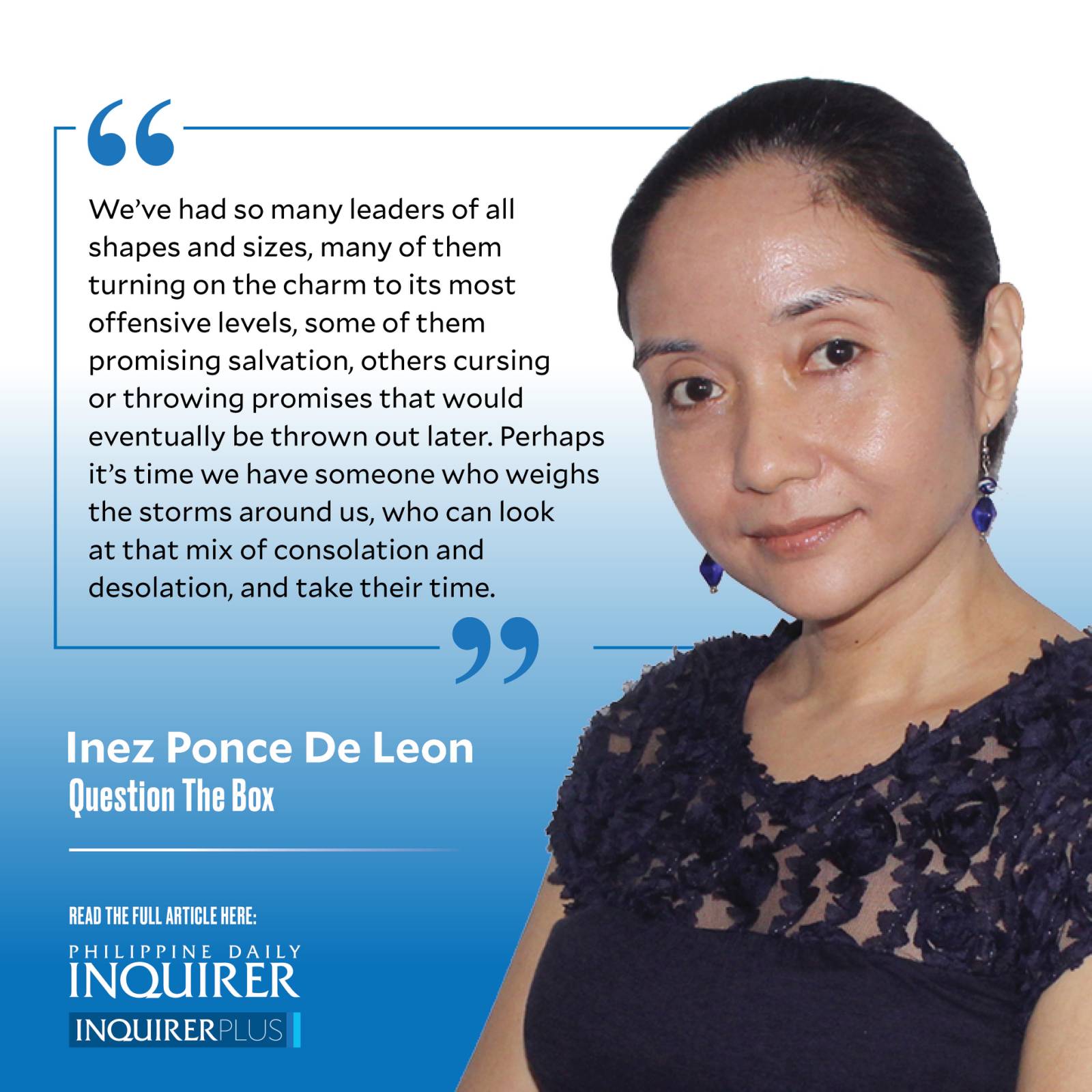 She was silent about her plans, until just today. Those who mock her say that she is being dramatic. I believe she spent all this time discerning.

It is a strange word, discernment—not because it is new, but because it is often misinterpreted in its practice. It is neither to think nor to wait. “I’m thinking about it” reduces discernment to checking off pros and cons on a list. “Let’s wait and see” deprives a person of agency, where they simply make decisions based on what others decide not to do.

Philosophers and spiritual writers might speak of discernment as the act of looking at the moral implications of one’s decision, choosing between what is good and what is better. Others might say that emotions, combined with objective evidence, constitute discernment.

My favorite is the Jesuit version (or at least one part of the complexity that is Ignatian spirituality). It is called the discernment of spirit, the reading of the interior movements of one’s soul. It calls for examining the movements that cause consolation (like joy or peace) and desolation (like fear or anger). All these movements are in a constant storm, both around us and within us, and especially on the eve of a great decision that entails the full sacrifice of oneself. To discern is to weigh both reason and emotion, to examine which course will lead to tranquility and peace, rather than discord and turmoil—and not only for the one discerning, but for all whom they serve.

Discernment takes time and maturity. It demands a plunge into the innermost depths of one’s life, to assess one’s readiness for a task that has repercussions for the lives of millions.

Because what, indeed, is the presidency? It is no mere project that can be dropped when one wants to go home, no mere job that one can retire from—it is a vocation, one that must be considered against a person’s potential, one that is not simply taken on for the sake of a title, one whose storms of consolation and desolation are as relentless as they are unforgiving.

I have learned to steer clear of leaders who rush into the fray and speak loosely of their need to serve the people at a much higher position. Such leaders often direct attention toward themselves: They talk about how their achievements can be ours, and yet have no concrete vision for how they can improve the country’s infrastructure so that everyone can indeed achieve what they did, and in the long term. They yammer about how they are like us, we are like them, we speak each other’s language and echo each other’s words—and yet they have no clear direction in which to steer the country so that the country actually is better, becomes better, does better.

It is Thursday afternoon, and the sounds of the city ring loud and clear against the conversation online: the honking horns, the crush of wheels on asphalt, the keening sound of the ambulances remind us of a life of hurry and urgency, of a pandemic still raging and a country still divided. VP Leni has made her decision. She discerned in the same way that she worked: away from publicity, in silence. Her volunteers shine the spotlight on her, but they continue to work with her on getting relief goods to the provinces, fielding calls, ferrying people to and from hospitals without trumpeting their achievements. Perhaps they’re too busy to take pictures; perhaps they simply follow her example.

We’ve had so many leaders of all shapes and sizes, many of them turning on the charm to its most offensive levels, some of them promising salvation, others cursing or throwing promises that would eventually be thrown out later.

Perhaps it’s time we have someone who weighs the storms around us, who can look at that mix of consolation and desolation, and take their time. Not all urgent problems are solved by hasty measures. Not all silence is idle. Not all noise is productive. Some leaders recognize the true weight of the task ahead of them, and, in so doing, show true respect for leadership and the people they serve.