How is New Zealand doing it? 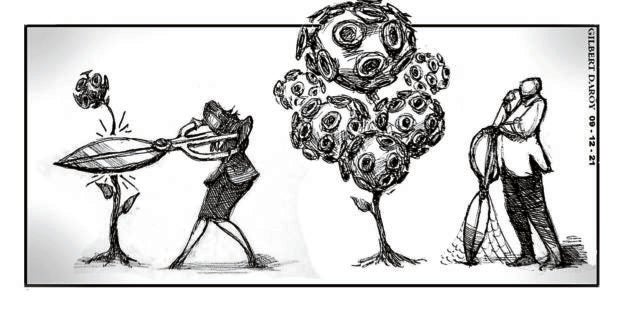 New Zealand, one of the countries that earned global praise last year for its effective pandemic response, quickly imposed a lockdown last month over a single new case of COVID-19. Prime Minister Jacinda Ardern went live on her Facebook page on Aug. 18 to give a quick 11-minute update on the level-4 lockdown, the country’s strictest alert level, and took questions in a sober, engaging manner — something that did not escape the attention of Filipinos who could only wish they had the same kind of leadership amid a pandemic that has claimed thousands of lives and taken a terrible toll on the economy.

To be sure, New Zealand’s COVID-19 playbook has not been spared criticism by its own citizens — the slow vaccination rate, for instance — but the country’s fundamental success so far against the pandemic is undeniable: It has managed to keep the number of cases low and prevent the massive spread of the virus through rigorous contact tracing, isolation, and treatment. It recorded its first death from the Delta variant, the country’s first coronavirus-related death since mid-February, only last Sept. 4.

“We were among the last countries in the world to have the Delta variant in our community… but COVID is very tricky, very hard and it’s all a matter of how we respond once we find it. And New Zealand… we’ve always had our way of respondingʍgo hard, go early because it’s much better than going light and long,” said Ardern.

As of yesterday, the country has reported 3,892 COVID-19 cases and 27 deaths since March last year when the World Health Organization declared a pandemic. In June 2020, Ardern announced that New Zealand was COVID-19-free and then lifted containment measures.

In the Philippines at about the same time, presidential mouthpiece Harry Roque claimed that New Zealand’s success would be hard to replicate in these parts because New Zealand has a much smaller population—5 million—compared to the Philippines’ 109 million. Observers were quick to point out that it was not only a matter of population, but also, and more crucially, of government foresight and leadership.

For instance, New Zealand banned flights from China as early as Feb. 3, 2020, weeks before Feb. 28 when it reported its first confirmed case, and imposed Alert Level 4, with only grocery stores, pharmacies, hospitals, and petrol stations allowed to operate. While the Philippines, on the other hand, banned China flights earlier on Jan. 31, 2020, it did so only after its first COVID-19 case had been reported. The health secretary had earlier justified the dilly-dallying by saying that banning flights from China would have political and diplomatic repercussions.

New Zealand also established from the outset a clear-cut COVID-19 four-level alert system that defined the conditions, risks, and regulations for each levelʍa basic public administration imperative that was seemingly lost on the Philippine government. In “Confusing classifications do not help,” (Safe Space, 9/8/21), Inquirer columnist Anna Cristina Tuazon pointed out how the Duterte administration’s uncoordinated announcements and chaotic policy-making throughout the 18 months of the pandemic have only worsened public anxiety and confusion.

“It is not enough to know what quarantine name we are in; it is more important that we know what to do. When is it time to pause in-person operations? Is it safe to go out and buy groceries? Am I allowed to take a walk around the block? If ‘GCQ’ means something different every single time, with guidelines released right before implementation, this does not allow me to take immediate and appropriate action to keep my family and household safe,” Tuazon wrote.

The Inter-Agency Task Force for the Management of Emerging Infectious Diseases (IATF) has been notorious for its haphazard regulations. Last Sept. 4, it approved a “granular” lockdown for Metro Manila starting Sept. 8; the order was released without any accompanying guidelines. The IATF then abruptly recalled the order on the night of Sept. 7, just hours before it was to take effect. By then, businesses had started preparing for their reopening—one restaurant owner’s post went viral after she went through all the trouble of buying ingredients and briefing her staff, only to learn that the government had clamped down again.

Contrast this administration’s typically muddled messaging with, say, Ardern’s demonstration of reassuring clarity and crisp leadership by answering questions about her government’s support to traders through wage and business subsidies right after announcing New Zealand’s most recent lockdown. And that brand of leadership appears to have worked again — the country is now easing restrictions after cases fell, suggesting that the new outbreak is on its way to being contained. How is New Zealand doing it? If only the smug functionaries in Malacañang—and their principal — would bother to learn from exemplars like it.