COA: A guardrail of democracy 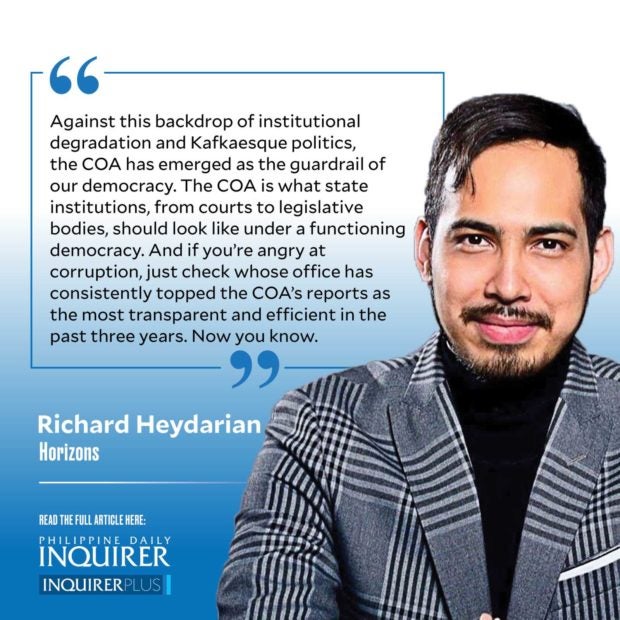 Lamented former Venezuelan supreme court president Cecilia Sosa upon her resignation: “[We] committed suicide to avoid being assassinated. But the result is the same. It is dead.” The independent-minded magistrate was responding to a perilous authoritarian lurch throughout the late-1990s under former Venezuelan populist Hugo Chávez, who pressed ahead with the creation of a constituent assembly that awarded itself the power to dissolve preexisting state institutions with electoral fiat.

The controversial move was clearly in violation of an existing supreme court ruling, yet the judicial body chose to tag along in order to avoid a headlong clash with the popular president. Within months, the acquiescent court was gone, replaced with a new Supreme Tribunal of Justice, which would be packed with Chavismo “revolutionary” loyalists.

It goes without saying that the new court never failed in its self-presumed duty to never question executive aggrandizement under the Venezuelan populist. After years of populist euphoria, it became clear that fiddling with democratic institutions was a glide path to catastrophe.

At the most fundamental level, democracy is about “ordered liberty” and rule of law, whereby no one, even the country’s highest officials, is exempt from institutional scrutiny, in accordance with the constitution. But in order to have functional checks and balances, you need truly independent bodies that have the resources, mandate, and political will to call out executive abuse.

Over the past five years, the Commission on Audit (COA) has emerged as one of the few bright spots in our besieged democracy. In many ways, it has been the ultimate bastion of institutional independence and integrity.

Venezuela may seem like an extreme case of a populist catastrophe, but its recent history is deeply instructive. Once upon a time, Chávez, a former soldier with progressive ideals, railed against scandalous inequality and racism in a nation swimming in petrodollars and cosmopolitan culture.

But, in a bid to clip the wings of Venezuelan “oligarchs” who staunchly opposed progressive reforms, Chávez unwittingly set in motion a dangerous dynamic that steadily corroded democratic institutions and, over time, devastated the richest country in Latin America.

Over the past two decades, new authoritarians across the post-colonial world have adopted similar tactics, weaponizing their electoral mandate to undermine institutional checks and balances. As political scientists Steven Levitsky and Daniel Ziblatt explain, today’s despots no longer launch coups or declare martial law, but instead “ensure that key players—anyone capable of really hurting the government—are sidelined, hobbled, or bribed into throwing the game.”

Today’s authoritarian populists are careful to maintain all the trappings of democratic life, while ensuring that state institutions are either hollowed out or drenched in cronyism. As in Venezuela, often this tragic outcome is the result of initially well-intentioned efforts on the part of a radical executive who seeks to upend a seemingly broken political system. Sounds familiar?

Although dubbed as “Asia’s oldest democracy,” the Philippines has been constantly stuck at a low-equilibrium level of political institutionalization, hence its vulnerability to occasional authoritarian relapses. In the words of fellow columnist Randy David, ours is a “bonfire of institutions,” whereby various presidents seamlessly act above the law. Ours is a country where a once-marginal party can go from three members in Congress to a 300-strong supermajority within weeks as soon as its gallivanting standard-bearer captures Malacañang.

Ours is a democracy where every politician wants to be on the incumbent’s ticket during midterm elections, only to position himself as an “opposition” candidate as soon as the next presidential elections approach. Ours is a country where the highest court can be packed almost entirely by an incumbent sans legislative scrutiny.

Has the populist in Malacañang lost a single case at the Supreme Court? Has the Ombudsman held any high-profile erring official accountable despite the plethora of corruption scandals in recent years?

Against this backdrop of institutional degradation and Kafkaesque politics, the COA has emerged as the guardrail of our democracy. The COA is what state institutions, from courts to legislative bodies, should look like under a functioning democracy. And if you’re angry at corruption, just check whose office has consistently topped the COA’s reports as the most transparent and efficient in the past three years. Now you know.