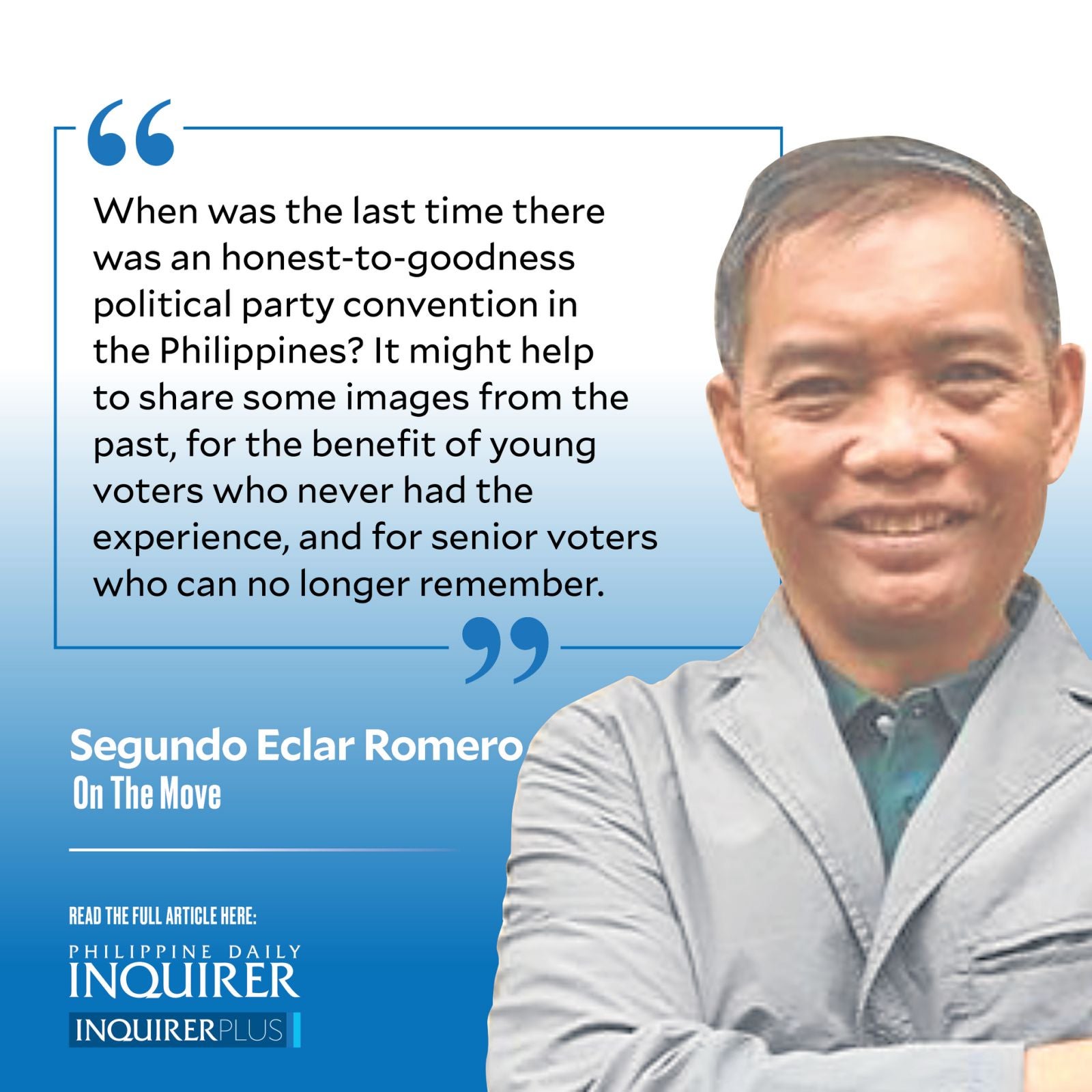 What I find intriguing in the latest Pulse Asia survey of June 7-16 is that 13 percent of voters from Balance Luzon do not want to say who their presidential preference is. Why is this important? Because this voter segment makes up 45 percent of the electorate. Similarly, 16 percent of the ABC sector—educated, materially secure—declined to answer.

The survey is an early wake-up call. What must candidates do to register more positively with their target segments of the electorate? How do voters refresh their voting preferences based on new information or insights they receive following the last survey?

It would serve the revival of Philippine democracy if political parties did their part and generated and shared useful information about themselves in between these surveys. In the squabble between President Rodrigo Duterte and Sen. Manny Pacquiao, why can’t they just agree to hold a PDP-Laban national convention to choose the party’s presidential nominee? Assuming, of course, that the party has a real national database of members and officers and procedures for nominating a presidential candidate.

A political party convention is a crucial mechanism for internal party democracy, as best exemplified in the United States. According to Russell Berman in The Atlantic, “Technically, the conventions for both Republicans and Democrats are formal party proceedings. Each is a dressed-up legislative session held in an arena, where delegates vote on matters that have both symbolic and actual importance, including the party platform, rules, and, yes, the presidential and vice-presidential nominees.”

When was the last time there was an honest-to-goodness political party convention in the Philippines? It might help to share some images from the past, for the benefit of young voters who never had the experience, and for senior voters who can no longer remember.

Before martial law, we approximated the American party conventions. On April 12, 1953, the Nacionalista Party held its national convention in the Fiesta Pavilion of the Manila Hotel. Defense Secretary Ramon Magsaysay won the presidential nomination over Camilo Osias by a vote of 702 against 49. Sen. Carlos P. Garcia of Bohol was nominated for the vice presidency by a vote of 594 against 157 for Sen. Jose C. Zulueta.

In the first presidential election under the 1987 Constitution, there was an attempt to revive the tradition and practice of party conventions. The Laban ng Demokratikong Pilipino (LDP) convention of Dec. 1, 1991 chose Ramon Mitra, then Speaker of the House of Representatives, over Fidel V. Ramos, former defense secretary. There were over 4,000 delegates and Mitra won by a margin of over 400 votes. While refusing to belong to any political party, President Cory Aquino had quietly endorsed Ramos. Cardinal Sin, on the other hand, had quietly endorsed Mitra. Ramos conceded defeat, saying “we have waged a good fight, a moral battle to reform our politics.” That was that. Or so it seemed. Ramos eventually bolted the LDP and ran and won for president under the Lakas-NUCD in a record field of six candidates.

After this, the political convention faded into disrepute. By the 2010 elections, the handover by Mar Roxas of the Liberal Party nomination for presidency to Noynoy Aquino was by a gentleman’s agreement. In 2016, the squabble between Mar Roxas and Grace Poe skipped the party convention where it could have mattered the most.

But what would a political party spectacle like a convention be if there were no major television networks to beam it to the people in the hinterlands? The electoral process is a collective ritual that creates a critical convergence of images, messages, and orientations. Nationwide radio and television are part of the magic. When Mr. Duterte cut down ABS-CBN, he decapitated a critical subsystem of the information infrastructure that Filipinos have been relying upon for decades for aggregating and sustaining their interest in politics.

So, in May 2022, the Filipino electorate will not have the spectacle of political parties waking up their provincial machineries, registering delegates, and coming up with a grand political party convention in the capital city, under the glare of television cameras and lights. Political parties will have no grand way of selling alternative platforms of government, and eventually agreeing on a single candidate. The televised concession speech that augurs magical healing for the country will not happen, and losers will likely renege on their commitments.

Read Next
What about the underperformers?
EDITORS' PICK
TNT nears PBA crown after rout of Magnolia in Game 4
PH still at bottom of COVID-19 economic resilience ranking
Renewal of driver’s license now requires taking LTO education seminar
Work-From-Home is here to stay and requires reliable logistics
Legarda emphasizes role of ICC/IPs in nation building this IP month
Climate Change Commission and Nestlé PH to discover sustainability-focused solutions
MOST READ
Drivers now required to take driver’s education upon license renewal – LTO
Marcos Jr’s ‘special diploma’ from Oxford: You can have it, too
Don’t do that: Robredo to supporters calling to boycott restos supportive of Marcos
OVP spox to Imee Marcos: Robredo is an extraordinary lawyer
Don't miss out on the latest news and information.