PH arbitral win: What is to be done? | Inquirer Opinion
Close
menu
search

PH arbitral win: What is to be done? 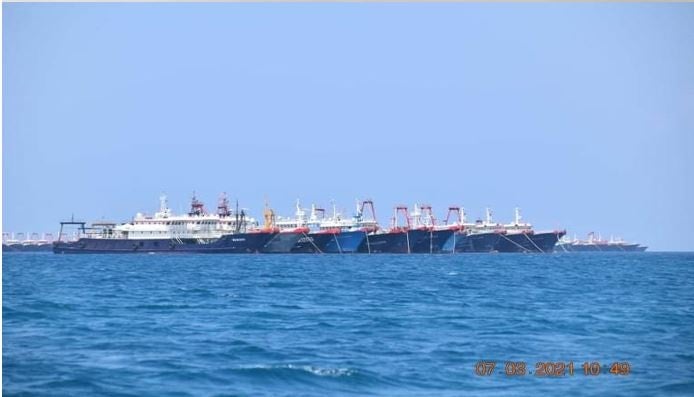 We borrow a famous question asked in 1902 by Vladimir Ilyich Ulyanov in a work of classic Marxist polemics to consider how to make the most out of the gains we won in our South China Sea (SCS) arbitral proceedings against China.

Weeks before the fifth anniversary of our triumph against China in the 2016 SCS arbitral proceedings, we remain lost at sea.

Even the Supreme Court appears confused about the status of the Kalayaan Island Group (KIG) under the Arbitral Award. In Republic v. Palawan (January 2020), it reinstated the straight lines enclosing the KIG as an archipelago under the 1978 Presidential Decree No. 1596, despite the Arbitral Award saying such archipelago contradicts the UN Convention on the Law of the Sea (Unclos).

Yet, it is basic international law that a territorial claim must pertain to a defined piece of land (or rock) and that a maritime claim must emanate from such territory. The Arbitral Award said as much when it reduced the claims of the competing states to the granular size of individual rocks and their individual territorial seas (TS).

So, where Lenin (Ulyanov) argued for a vanguard party to advance the revolution, we say that it is imperative that we pass a law naming and defining the baselines of each rock, reiterating our claim to all of them and their respective TS, and developing those that we already occupy.

We can use normal baselines to delineate the TS of each rock, and even straight baselines drawn from low-tide elevations (LTEs) inside the TS (Nicaragua v. Columbia, 1986; and Qatar v Bahrain, 1995).

The National Mapping and Resource Information Authority should immediately do the technical groundwork.

There are four urgent reasons for this.

Firstly, figure 4.2 attached by our lawyers to the Philippine Memorial in the SCS arbitral proceedings shows in stark details the national security implications of the SCS Arbitral Award.

It depicts the various rocks and LTEs found inside our exclusive economic zone (EEZ) and the TS of each rock. The TS pushes against our EEZ (thus, the Julian Felipe Reef problem).

Pockets of rocks with their respective TS now mark our EEZ, projecting their own airspace over which full sovereignty is also exercised. This is an aspect of our KIG claims that we have ignored for far too long, thereby giving China the opportunity to dictate the air defense identification zone in the area.

Secondly, amending RA 9522 to reflect our victory in the Arbitral Award is a peaceful and sovereign act to enforce our claims (Island of Palmas arbitration, 1928).

This is particularly urgent in Bajo de Masinloc, because the Arbitral Award declared its TS as subject to common fishing among Chinese, Vietnamese, and Filipino fishermen. Such common fishing regime should not be allowed to spill over into our EEZ.

Thirdly, baselines are a precondition for our unhampered enjoyment of sovereign rights in the waters within our EEZ but beyond the TS of contested rocks. China benefits from our procrastination over the definition of new baselines pursuant to the Arbitral Award, because the TS of these contested rocks have remained indistinguishable from our uncontested EEZ.

Finally, the new baselines will enable our Coast Guard and Navy to designate zones of maritime law enforcement and security, and calibrate the appropriate level of force to use in each zone.

In other words, we must draw a line under PD 1596 and move on with a new law memorializing our real gains in the Arbitral Award.