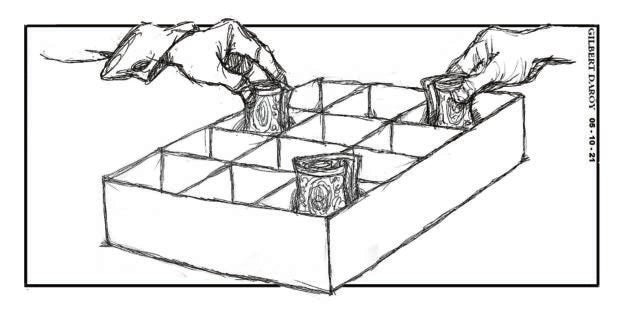 The plea of the Philippine Economic Zone Authority (Peza) for Malacañang to lift the ban on new ecozones in Metro Manila deserves serious consideration by the Duterte administration, for many reasons. Foremost of these are that it can alleviate the glut in office space in the capital, and help address the record-high unemployment caused by the COVID-19 pandemic and the ensuing economic downturn.

Office vacancy in Metro Manila is projected to rise to 12.5 percent this year, the worst since 2003, as many Philippine offshore gaming operators streamed out of the country in the wake of COVID-19, and a number of information technology-business process outsourcing (IT-BPO) companies streamlined their office space requirements, according to real estate services firm Colliers International Philippines. Property consulting firm KMC Savills Inc., on the other hand, predicted that Metro Manila’s office property space would breach the 10-percent vacancy rate for the first time in more than a decade and remain at the double-digit level in the next two years amid the challenging environment brought about by the public health and economic crises.

While the Philippine Statistics Authority (PSA) recently reported that the unemployment rate eased to 7.1 percent in March 2021, this still translated to some 3.44 million Filipinos with no jobs. The increase in employment as of March this year was due to more jobs in construction, wholesale and retail, and agriculture; the employment rate in the service sector, meanwhile — the backbone of the economy — declined. Economic managers are expecting a temporary reversal of employment gains for the month of April given the imposition of stricter lockdown measures in Metro Manila and nearby provinces.

The ban on new ecozone-designated buildings in Metro Manila, imposed through Administrative Order No. 18 issued in June 2019, had discouraged IT-BPO companies from either setting up shop or expanding in the metropolis. Ecozones enjoy tax perks that help bring down the cost of businesses operating in these facilities, and call center companies are major locators in these ecozones.

In her letter to President Duterte last May 3, Peza director general Charito Plaza stressed that now is an opportune time to lift the moratorium on the establishment of IT buildings in the National Capital Region as this would help generate jobs and provide some relief to the growing office space vacancy. More importantly, the multiplier effects of allowing the establishment of ecozone-designated IT buildings in Metro Manila will help cushion the economic impact of the pandemic on developers and support industries, especially small and medium enterprises.

Benedict Hernandez, chair of the Contact Center Association of the Philippines, earlier highlighted the preference of most foreign businesses and investors to first set up shop in Metro Manila before anywhere else: “Typically, if they want to invest in the Philippines for the first time, they will first think about going to Manila. There is rarely any new investor who jumps to the province. Their first safety comfort is to see how this works [when they establish] Metro Manila as a location.”

The primary reasons for the ban on new ecozones in Metro Manila were congestion, with traffic in Metro Manila at its worst before the pandemic, and the government’s desire to spread progress to the provinces by pushing investors to locate outside of the capital. The major problem has been that call centers require stable and affordable telecommunications services, which is sadly still lacking in many provinces.

Given the current situation, Malacañang may want to revisit AO 18 and consider lifting the ban on new ecozones in Metro Manila to address the twin problems of a glut in office space and widespread unemployment. However, it must also be stressed that once the ban is lifted, companies taking advantage of the favorable business environment in the capital such as more stable internet must provide leeway for work-from-home and other alternative work arrangements for their employees to prevent the risk of COVID-19 outbreaks in workplaces. The economy must be revived and more citizens need to be back at their jobs (or starting new jobs), but strict health protocols to ensure the well-being of everyone should remain paramount given that the end to this pandemic is still nowhere in sight.