To vaccinate or not: Calculations are different if you think from the country's perspective | Inquirer Opinion
Close
menu
search

To vaccinate or not: Calculations are different if you think from the country’s perspective 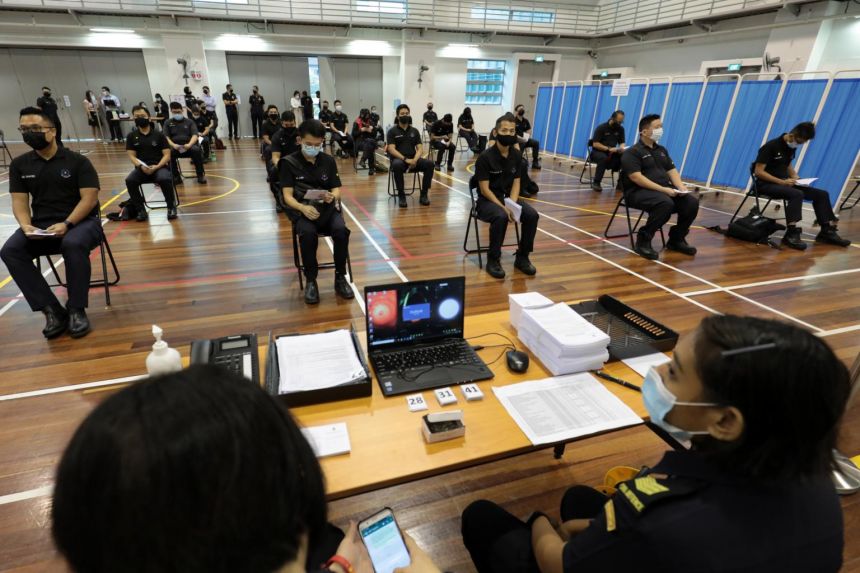 SINGAPORE — I have been undecided for some time about getting myself vaccinated against the Covid-19 virus as I wasn’t dead certain it was completely safe.

Should I willingly allow my body to be exposed to some variant of the virus when all along I have tried my darnedest to keep away from it?

Like most Singaporeans, I dutifully put on my mask, practice social distancing, wash my hands regularly, avoid crowded places, and work mainly from home.

Even when eating out with my family, we always look for outdoor dining places first.

So far, the precautions have paid off, touch wood.

Singapore has managed to keep infection numbers down even as they surge in other parts of the world, and the fatality rate here is among the lowest.

It is understandable, if you were in countries with the pandemic raging, why the vaccine would be so readily welcomed.

When the chances of being infected are high against the risk of getting one of the side effects from the vaccine, it looks like a no-brainer to get in line to be immunized.

But when the risk is low, as it is in Singapore, how do you assess the trade-off?

The answer isn’t so straightforward because of the unprecedented nature of some of the newly developed vaccines.

First, they were developed in record time and approved by health authorities through emergency powers without the benefit of long-term testing.

Second, at least two of the vaccines, by Pfizer-BioNTech and Moderna, use a relatively new technology.

In the traditional way, a harmless variant of the virus is inoculated into your body which causes the immune system to develop antibodies to fight the infection.

In the new method, no virus is involved. Instead it uses a synthetic messenger RNA (mRNA) which are tiny bits of genetic code telling the body to react in a certain way.

These mRNA contain information about the coronavirus protein and instruct the body to produce antibodies in response.

It is a clever way of tricking the immune system to produce the protective antibodies so that it will be ready to do so when the real enemy appears.

But as with other foreign substances introduced into the body, there is always some risk that the immune system will react adversely.

Fortunately, the trials conducted by Pfizer and Moderna have produced better-than-expected results with a very low risk of side effects among those tested.

But because these tests were fast-tracked over less than a year, it remains to be seen whether the same holds true over a longer period.

This concern is probably the reason why a third of those surveyed here said they would prefer to wait for more data before deciding whether to be vaccinated.

It is also why the Health Sciences Authority has given only interim approval for the Pfizer vaccine to be used, and will monitor the result over a longer period before granting final go-ahead.

This was how Health Minister Gan Kim Yong put it last Monday in Parliament: “We need to do this continuously for a prolonged period of time, usually one year, two years or maybe longer, so as to give us the assurance of the long-term effect of this vaccine.”

The same approach will presumably apply to the other vaccines now pending review.

So, how does a lay person like you and me decide whether to be vaccinated, taking into account this longer-term uncertainty, no matter how small it is?

If you think about this problem as an individual solely concerned about your own health and no one else’s, the logical decision is to wait to see what happens over the next few months.

By then, millions of people worldwide, especially in the West, would have been immunized.

If there were any problems with any of the vaccines, they would hopefully have been picked up by then and you would have had the benefit of their experiences.

This sounds like a sound approach, especially for Singapore.

Why be in a hurry when the risk of being infected here is low in the first place?

Here is the snag though: The calculations are completely different if you think about the issue not as an individual, but from the country’s perspective.

If other countries vaccinate their populations quickly and achieve herd immunity, they will be able to open up their economies and their borders, and get back to normal life ahead of others.

It will be like giving the entire country a giant booster shot, breathing new life into activities such as businesses and travel.

There is an advantage in doing this ahead of others and you only have to look at China today to see this.

If Singapore adopts a wait-and-see attitude, it might become a laggard in this race to safety.

The other problem with waiting, which Mr Gan spoke about, is that there is no telling when a major outbreak might happen here despite the best of efforts.

If it does, a late-starting vaccination program will put many more people at risk than otherwise.

So, from the country’s viewpoint, it looks like a no-brainer to get the vaccination program rolling out soonest.

When an individual’s own calculations differ from that of the community’s, what happens?

First, I believe it was right for the Government not to make vaccination compulsory for all. Every individual has to decide for himself or herself based on the person’s risk appetite.

But that decision can be made only if all the facts and issues that help inform it are made available openly and honestly.

Last Monday’s parliamentary discussion was a good example of this open discussion, and more such sessions should be held when new facts emerge.

One of the lessons learnt from the pandemic is how important it is to do this and not to assume one knows enough of the disease when you actually don’t.

For example, in retrospect, the authorities here and elsewhere were not completely open over the decision not to make mask wearing compulsory in the early days. It is now clear the advice then was based on incomplete information and understanding of the virus, but experts, including government officials, spoke then as if they were very sure of the facts.

This point has a bearing on vaccinations because there are several vaccines available and they might be quite different in the way they work and their side effects.

It is important to communicate openly and thoroughly to the public how officials decide who to give what vaccine and the different characteristics, if any, of each vaccine.

The other critical lesson of the pandemic is that individual actions matter a great deal but it can be sustained only if there is a sense of community to drive the behavior.

When you wear a mask, it is not just about protecting yourself but others around you, and when they are protected, you are also.

I have come round to the view that this is how to think about vaccination.

You should not think about it as a final solution but as another layer of protection just like mask wearing, social distancing and hand washing.

Every layer helps to keep the virus at bay, and everyone in the community has to be part of that layering, including vaccination, or it won’t work.

After doing so much to help build these other levels of protection to get Singapore to where it is today, it would be remiss not to do this latest bit.

As for how to deal with the untested long-term consequences of the vaccine, uncertainty is a fact of life, and we accept it in many of the other things we do, such as flying in an aircraft.

As the saying goes, the only certainty in life is death.

I will be getting in line to get my shot.